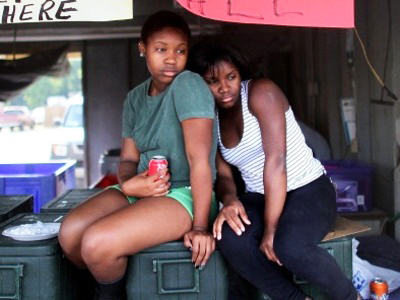 Washington, D.C. – A special investigation, “’My Name is 6508799’: State of the Gulf, One Year After the Oil Drilling Disaster,” released April 20 by the NAACP indicates that thousands of Gulf Coast residents are still suffering mild to severe mental health problems stemming from BP oil drilling disaster last year. The investigation’s findings reveal that the impact of the oil spill has led to an overall rise in stress felt by Gulf residents.

NAACP President and CEO Benjamin Todd Jealous sent a letter to BP CEO Robert Dudley expressing deep concern about these unaddressed issues and requesting a meeting to discuss the problems and enact solutions.

“Immediate reform is needed to prevent victims of the Gulf oil spill from falling through the cracks,” states NAACP President and CEO Benjamin Todd Jealous. “We cannot turn a blind eye to Gulf residents who are still struggling to find normalcy. We must make sure the problems that Gulf residents still face are brought to the surface and remedied before another year passes.”

In the letter, the NAACP states:

“We are willing to work with BP in addressing these issues. In that regard, our report offers several solutions. These include:

· Investing in rebuilding affected industries and new enterprises that generate jobs and revenue for the region.

“A year after the BP spill that dumped 172 million gallons of oil into the Gulf, the surface of the water appears to be back to normal,” said Jacqueline Patterson, director of the NAACP Climate Change Initiative. “Below, however, the ocean floor is severely damaged and many underwater habitats are struggling to recover.

“The same can be said for Gulf Coast residents. News reports that have focused on the ‘spillionaires’ – those who have cashed in big on the BP payouts – fail to look below the surface and see those unhealed mental and physical wounds left by the disaster.”

According to the NAACP special investigation, the needs of residents attempting to cope with the increased stress have been largely unmet. Most telling is the sharp spike in domestic violence. The investigation also notes that, since the spill, reports of domestic violence have doubled and even tripled in some communities along the Gulf.

The report goes further to say that little to no infrastructure is in place to help families deal with the overwhelming anxiety brought on by the disaster. The region has few health care facilities because many fishermen in the coastal area do not have health insurance. Additionally, those who do seek treatment are often misdiagnosed and mistreated by doctors unfamiliar with the symptoms.

The investigation is available online, at http://www.naacp.org/pages/my-name-is-6508799-an-naacp-special-investigation.

Founded in 1909, the NAACP is the nation’s oldest and largest civil rights organization. Its members throughout the United States and the world are the premier advocates for civil rights in their communities, conducting voter mobilization and monitoring equal opportunity in the public and private sectors. Joi Ridley can be reached at jridley@naacpnet.org. 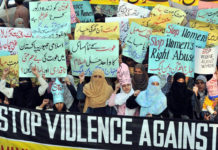