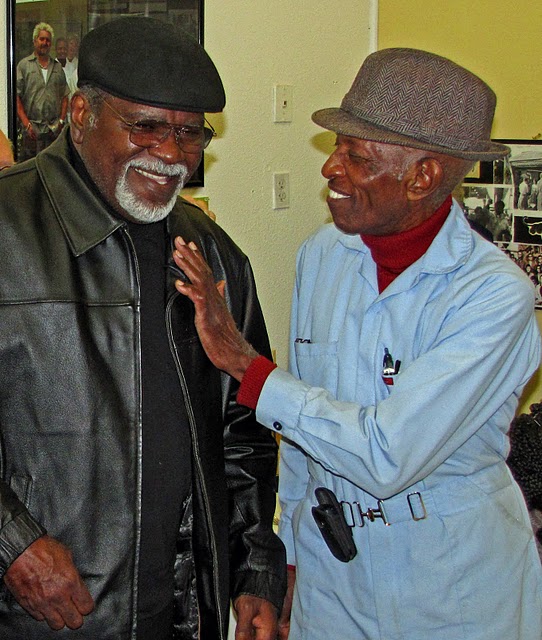 Friday, April 22, I drove up to Sonoma to visit Big Man. This was a special trip because the wonderful people of Sonoma were giving Big Man a surprise dinner to honor his 50th year of community service. This event was the master plan of activist and radio personality Mary Moore and Morris Turner, who worked with the Black Panther Party in Sacramento under Charles Bronson. Morris later moved to the Bay Area, where he worked closely with the Merritt College Black Student Union and now lives in the Sonoma area.

I arrived early, about 3 p.m., and the dinner was at 6:30. Big Man and I talked about the upcoming 45th year celebration we are planning for October. The dinner was at Worth Our Weight, a restaurant that is owned by former party member Evelyn “Tweety” Cheatham, who used to work out of the San Francisco and West Berkeley offices. Over 50 community leaders and friends came together to honor Big Man. It was a total surprise to him.

The food was very good, served and prepared by Evelyn’s staff. People took turns talking about what Big Man had done since he moved to the area only six years ago. My turn came and I spoke of who Big Man is and what he means to me.

Big Man and his wife Carole helped start PACH, a police monitoring program. Big Man has a radio program which is called Jazz Styles. He was a board member of another radio station in the area. He has spoken at a number of schools and colleges in the area.

I later told the story about how Big Man’s book came about and how he hooked up with his wife, Carole. Some years back, Big Man and I spoke at Mississippi U; this is when he lived in Memphis. I told Big Man of the upcoming Bobby Hutton Day we sponsor yearly in Oakland. I asked him to come out and be a part of the event.

Over the next few months, I had Big Man write some articles for our newspaper and website. Then I told Big Man that he had enough material for a book. I suggested that he check with Paul Coates at Black Classic Press, and the rest is history 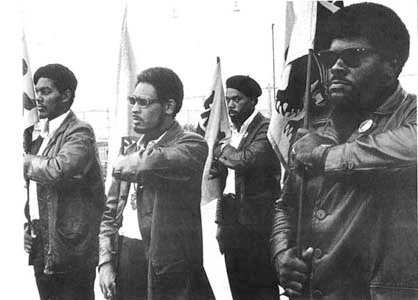 Big Man and Carole got together through the It’s About Time website. Carole had lost track of Big Man in the early 1970s when Big Man was doing a lot of international travelling for the BPP. She often spoke of Big Man to her friends.

When Big Man came out in 2005 for his book tour, I placed an ad in the Bay View newspaper and posted the info on our website. Carole was leaving town when her friend heard about Big Man being in the Bay Area. She called Carole, but Carole brushed her off, because her mind was on her vacation.

When Carole came back from vacation, her friend called her and asked if she’d called to see if that was Big Man. So Carole checked the newspaper and website, saw Big Man’s number and called him. They reunited, ended up getting married, and I was the best man. Now that’s a story.

Big Man’s and my connection is based in the party. Even in the BPP, we used to run together. He taught me a lot about jazz and we would sneak off to Keystone Corner in SF to catch some shows. Big Man’s lady friends at that time liked me and used to come get me and take me out with them. We would go to the Circle Star and the Berkeley Jazz Festivals. We even went to the 1973 Monterey Jazz Festival. He is one of my closest friends and advisors.

The dinner was a job well done. Thanks to Mary, Carole, Evelyn and Morris.

Black Panther Party veteran Billy X Jennings is historian, archivist and webmaster for the party and its members, organizer of many events and curator of countless exhibits around the world. Visit www.itsabouttimebpp.com, email him at itsabouttime3@juno.com and celebrate the party’s 45th anniversary this October. Big Man’s given name is Elbert Howard.