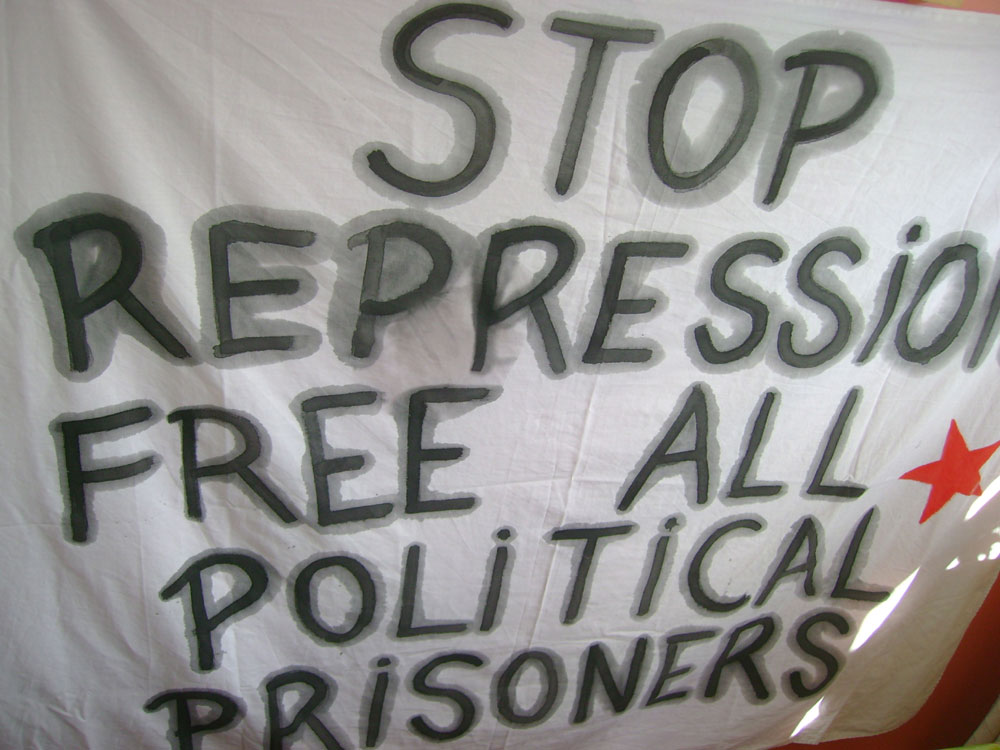 In her book titled “The New Jim Crow: Mass Incarceration in the Age of Colorblindness,” Michelle Alexander cites Martin Luther King in 1968 highlighting the need to shift from civil to human rights advocacy, saying initiatives for it just began. In fact, it’s truer now than then, with Blacks and Hispanics comprising two-thirds of America’s prison population, by far the world’s largest at around 2.4 million, most incarcerated for nonviolent or political reasons.

Focusing on the war on drugs, Alexander characterizes the New Jim Crow as a modern-day racial caste system designed by elitists who embrace colorblindness. Believing poor Blacks are dangerous and economically superfluous, America’s gulag became an instrument of control. According to Alexander:

“Any movement to end mass incarceration must deal with (it) as a racial caste system, not (a method) of crime control. We need an effective system of crime prevention and control in our communities, but that is not what the current system is. (It’s) better designed to create crime, and a perpetual class of people labeled criminals, rather than to eliminate crime or reduce the number of criminals.”

As a result, figures like former U.N. ambassador Andrew Young believes, “There are hundreds, perhaps thousands, of people (in America incarcerated as) political prisoners.” Including undocumented Latino immigrants and other aliens, it’s tens of thousands, an April 2011 Government Accountability Office (GAO) report saying Washington annually spends over $1.5 billion imprisoning them.

“Freeing all political prisoners, prisoners of conscience and prisoners of war” tops America’s social justice struggle, “because the state uses the criminal justice system to lock up those who sacrifice their livelihood for freedom and justices for the masses.”

“Freeing all political prisoners, prisoners of conscience and prisoners of war” tops America’s social justice struggle, “because the state uses the criminal justice system to lock up those who sacrifice their livelihood for freedom and justices for the masses.”

Born in January 1937, it calls him a New African political prisoner of war, mathematician and computer analyst with a BA in math from Prairie View A & M College. In summer 1964, he did voter registration work in Mississippi. In 1968, he joined the Harlem Black Panther Party, doing community work relating to schools, housing, jobs, child care, drugs and police brutality.

In 1969, he and others were arrested in the Panther 21 conspiracy case, jailed for two years without bail, then acquitted and released. Afterward, FBI pressure denied him professional employment, and COINTELPRO harassment and surveillance drove him underground.

Driving on the New Jersey Turnpike in May 1973, he and others were accosted by state troopers. Zayd Shakur was killed, Assata Shakur wounded and captured. One state trooper was killed, another wounded. Acoli was captured days later. In a highly charged, “sensationalized and prejudicial” trial, he was convicted of first degree murder and sentenced to life plus 30 years.

Initially for five years at Trenton State Prison (TSP), he was confined to a special Management Control Unit (MCU) solely for political reasons, given only 10 minutes daily for showers and two hours weekly for recreation.

Days later, he was secretly transferred to solitary confinement at maximum security U.S. Penitentiary, Marion, Ill., despite no outstanding federal charges. In July 1987, he was sent to Leavenworth, Kan., federal prison.

Eligible for parole in fall 1992, he was denied permission to attend his own hearing, permitted only to participate by prison phone. Despite his exemplary prison work, academic and disciplinary record, hundreds of supportive letters, and numerous offers as a computer professional, he was denied in a 20 minute proceeding, giving him “a 20-year hit, the longest in New Jersey history,” minimally requiring him to serve another 12 years before again becoming eligible for parole.

Reasons given were his Black Panther Party and Black Liberation Army membership, as well as hundreds of “Free Sundiata” form letters calling him a “New Afrikan Prisoner of War” and that he hadn’t been sufficiently rehabilitated. At issue, however, is forcing him to renounce his social justice advocacy and admit wrongdoing for struggling to liberate his people.

On March 4, 2010, the New Jersey State Parole Board (NJPB) denied him for the third time, again calling him “not rehabilitated” despite over a 1,000 supportive letters and petitions from noted figures, including lawyers, clergy, academics, psychologists, community members and journalists.

Then in mid-July, with no explanation, he got written notice of a 10-year hit, requiring at least another six years imprisonment before parole eligibility, at which time he’ll be 79 years old or perhaps dead.

On Aug. 27, 2010, an administrative appeal to the New Jersey Parole Board was filed, his legal advisers saying his case is strong based on NJPB procedural errors.

Throughout his incarceration, he’s endured harsh treatment yet maintained an exemplary record, as well as becoming a talented painter and writer on prison industrial complex issues. He’s also a father, grandfather, and both brother and mentor to fellow inmates besides having made invaluable community contributions before incarceration.

In Acoli’s latest article, headlined, “Why you should support Black PP/POWs,” he writes:

“My name is Sundiata Acoli … and (I) am now a Black Political Prisoner and Prisoner Of War (PP/POW) who’s been held by the government for the last 37 years.

“So why should you care,” he asks? “(W)hy should you support Black PP/POWs? Well, maybe you shouldn’t. If you’re happy with the way the U.S. and the world is going – and if you want to see the U.S. and the West continue to dominate and oppress the rest of the world – then you shouldn’t support Black PP/POWs … (and our agenda to end) capitalism, sexism and all unjust oppressions of people and life in general on earth.”

That advocacy got Acoli and many others imprisoned for supporting and doing the right thing. Now it’s up to mass activism no longer to tolerate it.

Stephen Lendman lives in Chicago and can be reached at lendmanstephen@sbcglobal.net. Visit his blog for coverage of vital world and national topics, including war and peace, American imperialism, corporate dominance, political persecutions and a range of other social, economic and political issues. Lendman is the author of “How Wall Street Fleeces America: Privatized Banking, Government Collusion and Class War” (2011) and co-author with J.J. Asongu of “The Iraq Quagmire: The Price of Imperial Arrogance” (2007). He hosts The Progressive Radio News Hour on The Progressive Radio Network. All programs are archived for easy listening.