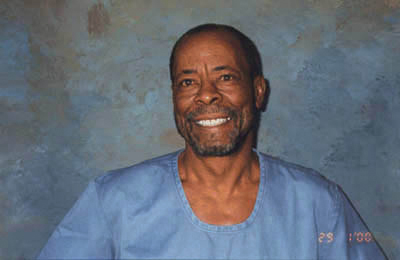 My name is Sundiata Acoli (Soon-dee-AH’-tah Ah-COH’-lee). I’m a former member of the Black Panther Party and the Black Liberation Army (BPP/BLA) who was captured on the New Jersey Turnpike in 1973 and am now a Black Political Prisoner and Prisoner of War (PP/POW) who’s been held by the government for the last 37 years.

So why should you care about any of this or, particularly, why should you support Black PP/POWs? Well, maybe you shouldn’t. If you’re happy with the way the U.S. and the world is going – and if you want to see the U.S. and the West continue to dominate and oppress the rest of the world – then you shouldn’t support Black PP/POWs.

If you want to see one country or one race or the capitalist system continue to dominate other countries, other races and the world, then you shouldn’t support Black PP/POWs. And if you, yourself, are about trying to dominate, manipulate or exploit other peoples and organizations for personal benefit, then you definitely shouldn’t support black PP/POWs or any other revolutionary PP/POWs, because we’re about ending racism in all its forms and wherever it exists, plus we’re about ending capitalism, sexism and all unjust oppressions of people and life in general on earth and throughout the universe.

Now if you can relate to that – and are about freedom, equality, human rights and self-determination for all people; creating a non-exploitative, non-oppressive society and economic system; making the world a better place and living in harmony with other people, the environment and the universe – then you should support Black PP/POWs because that’s what we’re about and have been about for generations, centuries and millenniums. But mostly you should support Black PP/POWs, and all revolutionary PP/POWs, because it’s the right thing to do.

And last, how should you support them? Well, you should support Black and all PP/POWs by supporting organizations that support them and by contacting PP/POWs individually to ask how you can best support them.

How you can support Sundiata Acoli

Read “Systematic injustice against Sundiata Acoli” by Stephen Lendman at sfbayview.com. Sundiata, a mathematician and computer analyst, had been working for 10 years in the computer field after graduating from Prairie View A&M in Texas, when he spent the summer of 1964 registering voters in Mississippi and then joined the Black Panther Party in Harlem. He was arrested in 1973 on the New Jersey turnpike with comrades including Assata Shakur, who later escaped from prison and went into exile in Cuba.

Lendman writes: “On March 4, 2010, the New Jersey State Parole Board (NJPB) denied him for the third time, again calling him ‘not rehabilitated’ despite over 1,000 supportive letters and petitions from noted figures, including lawyers, clergy, academics, psychologists, community members and journalists. Then in mid-July, with no explanation, he got written notice of a 10-year hit, requiring at least another six years imprisonment before parole eligibility at which time he’ll be 79 years old or perhaps dead.” As Assata says, “We must spread the campaign to free Sundiata all over the world!”