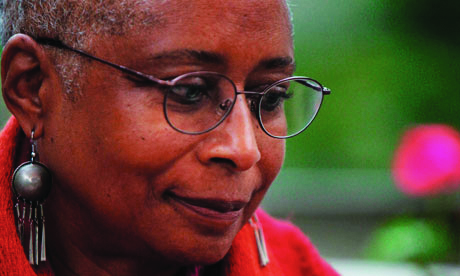 Why am I going on the Freedom Flotilla II to Gaza? I ask myself this, even though the answer is: What else would I do? I am in my 67th year, having lived already a long and fruitful life, one with which I am content. It seems to me that during this period of eldering it is good to reap the harvest of one’s understanding of what is important, and to share this, especially with the young. How are they to learn, otherwise?

Our boat, The Audacity of Hope, will be carrying letters to the people of Gaza. Letters expressing solidarity and love. That is all its cargo will consist of. If the Israeli military attacks us, it will be as if they attacked the mailman. This should go down hilariously in the annals of history. But if they insist on attacking us, wounding us, even murdering us, as they did some of the activists in the last flotilla, Freedom Flotilla I, what is to be done?

There is a scene in the movie “Gandhi” that is very moving to me: It is when the unarmed Indian protesters line up to confront the armed forces of the British Empire. The soldiers beat them unmercifully, but the Indians, their broken and dead lifted tenderly out of the fray, keep coming.

Alongside this image of brave followers of Gandhi there is, for me, an awareness of paying off a debt to the Jewish civil rights activists who faced death to come to the side of Black people in the American South in our time of need. I am especially indebted to Michael Schwerner and Andrew Goodman, who heard our calls for help – our government then as now glacially slow in providing protection to non-violent protesters – and came to stand with us. 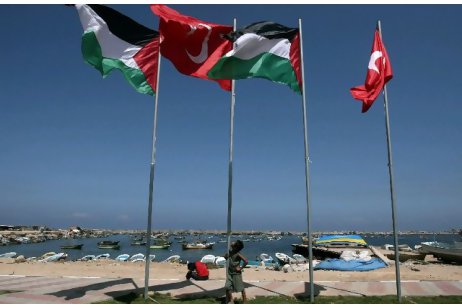 They got as far as the truncheons and bullets of a few “good ol’ boys’” of Neshoba County, Mississippi, and were beaten and shot to death along with James Chaney, a young Black man of formidable courage who died with them. So, even though our boat will be called The Audacity of Hope, it will fly the Goodman, Chaney, Schwerner flag in my own heart.

And what of the children of Palestine, who were ignored in our president’s latest speech on Israel and Palestine, and whose impoverished, terrorized, segregated existence was mocked by the standing ovations recently given in the U.S. Congress to the prime minister of Israel?

I see children, all children, as humanity’s most precious resource, because it will be to them that the care of the planet will always be left. One child must never be set above another, even in casual conversation, not to mention in speeches that circle the globe.

I once asked my best friend and husband during the era of segregation, who was as staunch a defender of Black people’s human rights as anyone I’d ever met: How did you find your way to us, to Black people, who so needed you? What force shaped your response to the great injustice facing people of color of that time?

I thought he might say it was the speeches, the marches, the example of Martin Luther King Jr. or of others in the movement who exhibited impactful courage and grace. But no. Thinking back, he recounted an episode from his childhood that had led him, inevitably, to our struggle.

He was a little boy on his way home from yeshiva, the Jewish school he attended after regular school let out. His mother, a bookkeeper, was still at work; he was alone. He was frequently harassed by older boys from regular school, and one day two of these boys snatched his yarmulke (skull cap) and, taunting him, ran off with it, eventually throwing it over a fence. 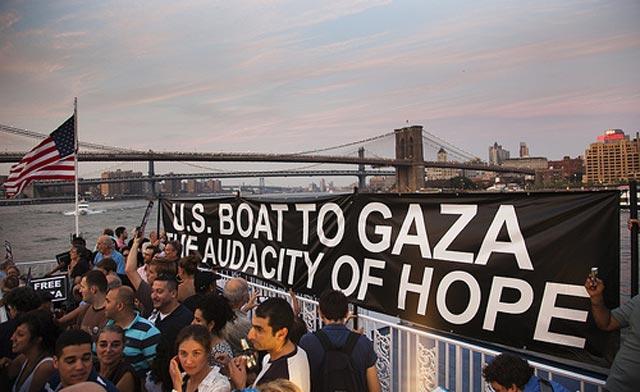 Two Black boys appeared, saw his tears, assessed the situation and took off after the boys who had taken his yarmulke. Chasing the boys down and catching them, they made them climb the fence, retrieve and dust off the yarmulke, and place it respectfully back on his head.

It is justice and respect that I want the world to dust off and put – without delay, and with tenderness – back on the head of the Palestinian child. It will be imperfect justice and respect because the injustice and disrespect have been so severe. But I believe we are right to try.

That is why I sail.

A longer version of this article appears on Alice Walker’s blog: alicewalkersgarden.com/blog. This version first appeared in the Guardian of London.

The dozens of Americans aboard The Audacity of Hope will be among an estimated 500 to 600 people taking part in Freedom Flotilla II. The activists, representing 22 countries, expect to set sail on 10 ships in the next few days.

The U.S. citizens taking part in Freedom Flotilla II are under intense pressure from their government and mainstream media. Alice Walker has been targeted personally by CNN, and all U.S. passengers were warned by their government that they could be violating federal law by appearing to support terrorists – the Hamas government of Gaza having been declared a terrorist group. The passengers’ requests to their government to ensure their safe passage – in light of the boarding of the last flotilla by Israeli military, who murdered nine passengers, including one American citizen – have been refused.

To address the CNN attack, write to CNN using the feedback form at http://www.cnn.com/2011/OPINION/06/24/howard.jacobson.flotilla/index.html?iref=allsearch in support of Alice Walker, the Gaza Flotilla and a free Gaza. Letters should be kept under 150 words and be sure to include your name, address and phone number for verification purposes.

“It is more than an outrage, it is more than disgusting that the U.S. State Department has given the green light to the Israeli occupation forces and the apartheid Israeli government to attack, harm, maim and murder the international flotilla of human rights activists whose clear mission is to break and end the illegal Israeli siege on Gaza and draw attention to the illegal Israeli occupation on Palestine,” declares veteran Gaza activist Donna Wallach. “It is clear to everyone that the flotilla is not bringing weapons or choosing any political party to support. The flotilla is voyaging in solidarity with the Palestinian people with the message that the siege, blockade and collective punishment must end NOW, that the illegal Israeli occupation on Palestine must end NOW, that the Palestinian refugees have the right to return NOW and that the government of Israel and its occupation armed forces MUST abide by International laws NOW!”

To make your demands and give your advice to the U.S. and Israeli governments, call as many of these officials as you can:

Should an attack occur:

• Make phone calls to those above to express your outrage.

• Join a protest being organized near you or organize your own protest in your area. Bring signs and Palestinian flags.

SAN FRANCISCO: On the day following an attack or boarding of any ship in the Freedom Flotilla II – Stay Human, we invite all people of conscience to gather outside the Israeli Consulate at 456 Montgomery St., San Francisco, at 5 p.m.

SANTA ROSA: If Israel responds with violence – as they did last time – there will be a peaceful protest in Courthouse Square from 6 to 7 the evening of the incident.

We also ask that Palestine solidarity groups and peace and justice groups spread this message across their membership through listservs, phone calls and other forms of social media. It is of the utmost importance that this event has a large attendance. International pressure – especially from the United States – is a critical factor in preventing Israel from acting with impunity towards humanitarian activists. We all need to be prepared to act on short notice.