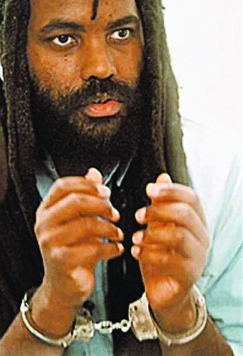 In preparation for a November meeting before the Human Rights Council (HRC), the U.S. submitted a report in August to the HRC on its efforts to strengthen human rights commitments and to comply with international human rights standards. The U.S. failed to mention the plight of political prisoners who have languished in U.S. prisons for decades. In the compilation of civil society reports submitted to the HRC in October, the U.S. was urged to free its political prisoners.

On Nov. 5, 2010, the U.S. appeared before the HRC and engaged in an interactive dialogue with other countries of the HRC, as well as other member states in a review of the United States’ human rights compliance. During this interactive review, the political prisoner issue was raised by member states. After the review, the HRC adopted a report with 228 recommendations, including recommendations concerning political prisoners, for the U.S. government to improve the status of human rights in the country.

On Nov. 9, 2010, the U.S. published its “Response to Recommendations” of the HRC. Again, the U.S. neglected to address the human rights violations committed by its FBI that resulted in the wrongful imprisonment of dozens of African-American political activists and others.

While the United States consistently denies the existence of political prisoners, these individuals were ensnared in the grips of the United States’ repressive Counter-intelligence Program (COINTELPRO) operation as activists who dared to challenge the status quo of America’s harsh treatment of Black people. Many of these activists were members of organizations such as the Black Panther Party and were not content to remain silent in a system of de facto slavery, but demanded human rights in many areas, including quality education and healthcare and an end to rampant police violence against Black people.

Groups such as the Black Panther Party were targets of government surveillance under COINTELPRO and members were harassed, beaten, falsely arrested and prosecuted in a system bloated with contempt for them and their righteous causes. They were sentenced to unreasonably lengthy prison terms. In cases where death sentences were not imposed, the parole boards, through their actions in repeatedly denying parole, are making certain that they will die in prison. Hence this well-oiled machine continues to operate against political prisoners in America.

A congressional subcommittee, popularly known as the Church Committee, was formed to investigate and study the FBI’s covert action programs. In its report, the Church Committee concluded that the FBI had “conducted a sophisticated vigilante operation aimed squarely at preventing the exercise of First Amendment rights of speech and association, on the theory that preventing the growth of dangerous groups and the propagation of dangerous ideas would protect the national security and deter violence.”

Even if one were to grant credibility to the FBI’s stated reason for its violations of these prisoners’ constitutional and human rights, there exists no justification for their continued incarceration.

These political prisoners are now elderly. There is overwhelming statistical support for the fact that the rate of recidivism for elderly prisoners is virtually nonexistent. Also, several have died while incarcerated due to lack of health care.

Governors across this country are unwilling to grant clemency to political prisoners. Parole boards reserve “special treatment” for them, no matter how exemplary their institutional adjustment and impressive the evidence is for successful re-entry into society once released.

These prisoners’ human rights were not only violated by the operations of COINTELPRO and their subsequent arrests and convictions. Their human rights continue to be violated as prisoners with convictions for crimes of the same or less seriousness are released on parole.

Given this evidence coupled with their exemplary records while incarcerated, it is absolutely beyond dispute that their treatment stems from the fact of their past political association. This treatment of political prisoners is prohibited by the Convention to End All Forms of Racism and Discrimination (CERD).

The United States has no moral authority to chastise other governments for human rights violations until it addresses its human rights violations, including the atrocious treatment of political prisoners. The National Conference of Black Lawyers in coalition with other organizations will continue to expose this national shame until the United States acknowledges it and takes steps to address it.

Visit the National Conference of Black Lawyers at www.ncbl.org. This statement first appeared at http://www.ncbl.org/PDF/Call_on_Obama_Administration.pdf.