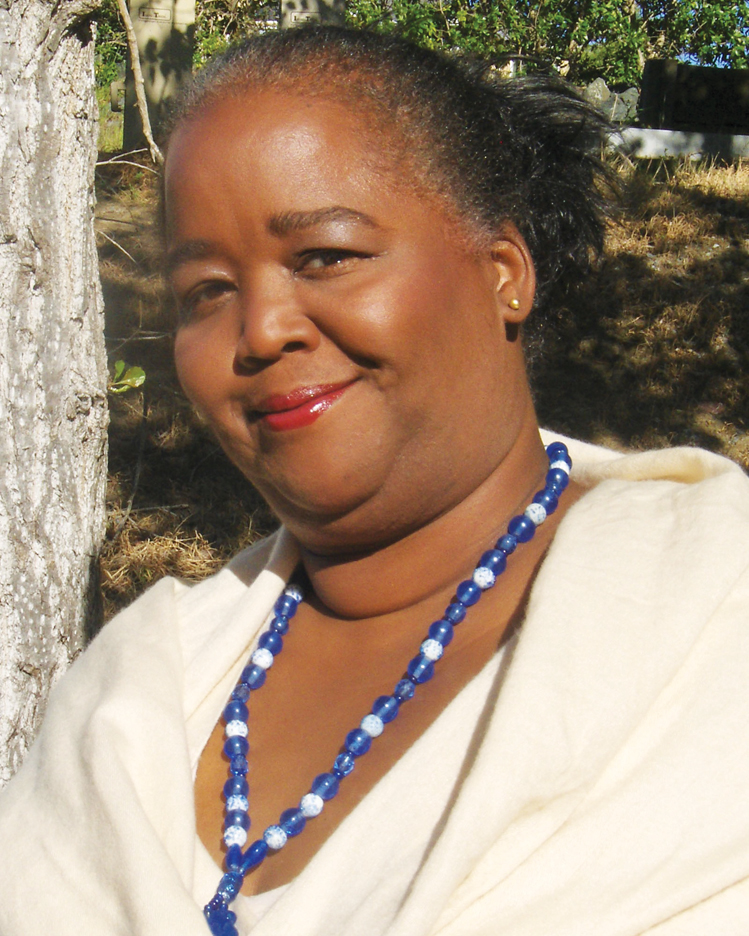 Freedom Flotilla II – Stay Human* will be leaving from unspecified ports in the Mediterranean in late June to break the siege on Gaza. About a thousand journalists, teachers, students, attorneys, human rights activists, members of parliament and others from 22 countries onboard some 12 boats are joining together to voyage in international waters with the intent of crossing into Gaza’s internationally recognized waters and land at Gaza City port, the only existing port along the entire coast of Gaza. This year a U.S. flagged boat, The Audacity of Hope, is part of the flotilla.

They are not bringing aid – the Palestinians have said very clearly they don’t want aid – they want their freedom, their self-determination, open borders on the land, sea and air. The youth of Gaza expressed it very well in their Gaza Youth Manifesto in January 2011, which could have also been written in the names of youth, the poor, immigrants and human rights activists here in this country:

“We, the youth in Gaza, are so fed up with Israel, Hamas, the occupation, the violations of human rights and the indifference of the international community! We want to scream and break this wall of silence, injustice and indifference like the Israeli F16s breaking the wall of sound; scream with all the power in our souls in order to release this immense frustration that consumes us because of this fucking situation we live in. We are like lice between two nails living a nightmare inside a nightmare, no room for hope, no space for freedom. 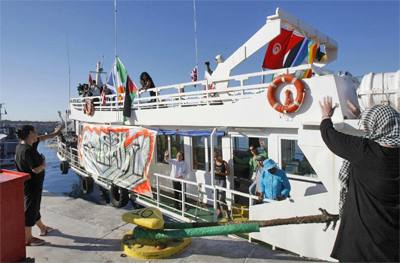 “We are sick of being caught in this political struggle; sick of coal dark nights with airplanes circling above our homes; sick of innocent farmers getting shot in the buffer zone because they are taking care of their lands; sick of bearded guys walking around with their guns abusing their power, beating up or incarcerating young people demonstrating for what they believe in; sick of the wall of shame that separates us from the rest of our country and keeps us imprisoned in a stamp-sized piece of land; sick of being portrayed as terrorists, homemade fanatics with explosives in our pockets and evil in our eyes; sick of the indifference we meet from the international community, the so-called experts in expressing concerns and drafting resolutions but cowards in enforcing anything they agree on. We are sick and tired of living a shitty life, being kept in jail by Israel, beaten up by Hamas and completely ignored by the rest of the world.” (1)

Despite the fact that nine nonviolent human rights activists were murdered on last year’s flotilla, hundreds of Americans applied to be one of the 50 passengers on The Audacity of Hope. Regina Carey of San Rafael, Henry Norr of Berkeley and Kathy Sheetz of Richmond are three brave activists who were selected from the San Francisco Bay Area. They will be challenging Israel’s apartheid policies and illegal siege, blockade and collective punishment of 1.5 million Palestinians living in Gaza and demanding that Israel end the siege.

The Israeli occupation force navy has a long history of attacking boats not in Israeli waters. According to the article “Breaking the Gaza Embargo and Israeli Piracy”:

“In 1976, according to Knesset member Mattiyahu Peled, the Israeli Navy began to capture boats belonging to Lebanese Muslims – turning them over to Lebanese Christian allies, who killed the owners – in an effort to abort a movement towards reconciliation that had been arranged between the Palestine Liberation Organization (PLO) and Israel.

“Then after a prisoner exchange in November 1983, a front page story in the New York Times mentioned 37 Arab prisoners who had been held at the notorious Ansar prison camp and who ‘had been seized recently by the Israeli Navy as they tried to make their way from Cyprus to Tripoli.’ 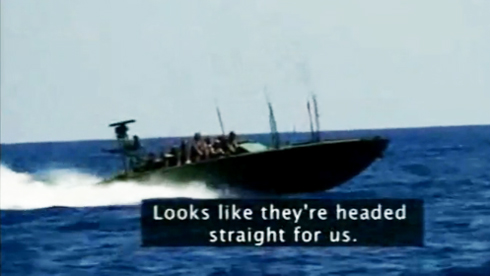 “In June, 1984, Israel hijacked a ferryboat operating between Cyprus and Lebanon five miles off the Lebanese coast with a burst of machinegun fire and forced it to Haifa, where nine people were removed and held, including one woman and a schoolboy …

“On April 25, 1985, several Palestinians were kidnapped from civilian boats operating between Lebanon and Cyprus and sent to secret destinations in Israel …

“In late July 1985, Israeli gunboats attacked a Honduran-registered cargo ship a mile from the port of Sidon, delivering cement according to its Greek captain, setting it ablaze with 30 shells and wounding civilians in subsequent shore bombardment when militiamen returned the fire. The mainstream press did not even bother to report that the following day Israeli gunboats sank a fishing boat and damaged three others …

“When a popular nonviolent uprising by Palestinians in the occupied territories began in December 1987, Israel responded with harsh violence, mass beatings and deportations. After Israel ignored a January 1988 United Nations Security Council resolution calling on the state to ‘ensure the safe and immediate return’ of deportees, the PLO organized a Ship of Return for 130 deportees to sail from Cyprus to Israel. More than 500 international supporters and journalists also intended to sail – including Israelis who risked arrest for boarding the ship.

“Following Israel’s vows to prevent the voyage, the ship was bombed in port before sailing. After the explosion, the Times quoted an Israeli Transport Ministry official who remarked that, should another ship attempt to sail against Israel’s will, ‘its fate will be the same.’” (2)

The current illegal Israeli siege on Gaza has been going on since 2006. On Aug. 23, 2008, two Free Gaza Movement boats arrived at Gaza City port with 43 passengers from 17 countries. They were the first international boats to enter the port in 41 years. The Free Gaza Movement succeeded in sending another four successful boat trips from Cyprus to Gaza – delegations of attorneys, doctors, teachers and parliamentarians visited their colleagues in Gaza and saw first hand the severe impact of the siege on all aspects of Palestinian culture and society.

Breaking the siege on Gaza by boat has enthralled the people of the world. From late December 2008 until now, people from many countries around the world have boarded boats from various ports to shine the light on the siege, to challenge it and to bring about its end. The Israeli occupation force navy has stopped four other voyages of the Free Gaza Movement, preventing non-violent human rights activists and various kinds of desperately needed aid from arriving in Gaza.

The worst attack was on Freedom Flotilla I, which sailed last May. A total of six boats and one ship and over a thousand passengers were viciously and brutally attacked by dozens of Israeli commandos. Nine unarmed, non-violent Turkish men onboard the MV Mavi Marmara were murdered in cold blood; dozens were wounded, some maimed for life. Each of the six boats and one ship was attacked and boarded; every passenger was arrested. All the boats, all the cargo and each of the passengers’ personal possessions were seized by the Israeli navy. Now even more people are getting on boats to challenge the siege, to tell Israel and the governments of the world to end the siege immediately. 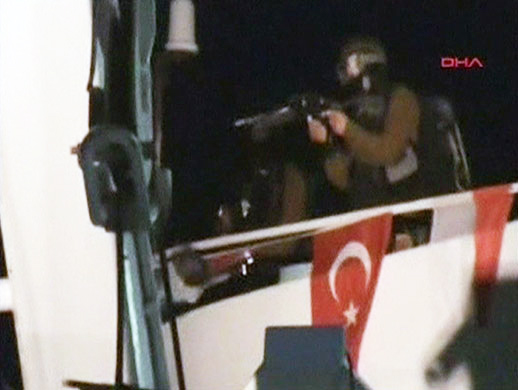 Find out how you can help – one way is to write a letter to someone in Gaza that the boat will deliver – and get more information about the U.S. boat to Gaza at http://ustogazawest.org. To follow the voyage of the flotilla, go to http://witnessgaza.com.

*The steering committee named this voyage “Freedom Flotilla II – Stay Human” in honor of a legendary activist, Vittorio Arrigoni, who often encouraged people to “stay human.” He had been on the first boat to break the siege and is deeply mourned since his murder in Gaza on April 14. – ed.

Donna Wallach is an anti-zionist social justice activist living in San Jose. She lived in Occupied Palestine for 15 years from 1981-1997. Since returning to San Jose, she has been actively involved in raising awareness about Mumia, Leonard Peltier, police terror, abolishing the death penalty and the truth about Palestine. She can be reached at dbwall@earthlink.net. Editing assistance was provided by Jane Jewell, a piano teacher in Marin who founded the human rights organization 14 Friends of Palestine. She is media coordinator for US to Gaza West and can be reached at jane@ustogazawest.org.

Regina Carey is on board

Regina Carey has a lifetime commitment to and involvement in civil and human rights. After over 30 years as a non-profit executive, she currently is a consultant specializing in strategic planning and planned giving.

She has focused on the rights of the Indigenous (original people) – water rights and peace. She is a co-founder of the Black-Jewish Dialogue Group in Marin County, and she has been an active participant in the World Social Forum and the U.N. Conference Against Racism in Durban, South Africa.

“If we are to survive as human beings we must cease to use aggression as a means of solving problems, or acquiring what we want from someone else. The use of conquest only creates generations of oppressed people. The idea that anyone has the right to divide land and territory (without the participation of those living there), treating people as chattel is past its time. I have always been committed to open dialogue, ensuring that all have an equal seat at table, and especially that the original peoples are included equally and as an integral part. If we can find no other reason to seek a peaceful solution, the impact of war on children and the continued generational trauma should impel us to change our ways.” 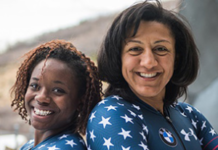 TheatreWorks’ ‘Once on This Island’ – redemption song for Haiti

Reassessing the use of solitary confinement in America’s prisons