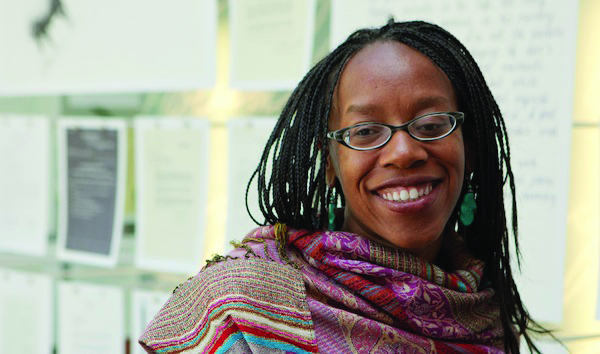 Oakland – MacArthur Fellow Lateefah Simon will deliver the keynote address at the Fifth Anniversary Dinner and Awards Ceremony of the Black Alliance for Just Immigration (BAJI) on Saturday, June 4, at the Islamic Cultural Center of Northern California, 1433 Madison St. in Oakland. The event will begin at 5:30 p.m. with a reception and silent auction. The program and dinner starts at 7 p.m. and will feature live music.

Ms. Simon is a lifelong social justice advocate and executive director of the Lawyers Committee for Civil Rights of the San Francisco Bay Area, which champions the legal rights of people of color, poor people, immigrants and refugees, with a special commitment to African Americans. She is part of a new wave of African American civil rights and community leaders.

“We are pleased to have Ms. Simon as our speaker for our fifth anniversary,” said BAJI Executive Director Gerald Lenoir. “She has committed her life to justice for all people and understands the need for African Americans and immigrants of color to come together to fight the racism and economic exploitation that plague our communities.”

Simon has received numerous awards, including the Jefferson Award in 2007 for her community and public service. She was named “California Woman of the Year” by the California State Assembly in 2005. In 2009, she was one of 20 women included on Oprah Magazine’s “Power List.” She has served as a board member of the American Civil Liberties Union of Northern California and the Women’s Foundation of California.

The Black Alliance for Just Immigration is an education and advocacy group comprised of African immigrants, Caribbean immigrants, Afro-Latinos and African Americans. A great deal of the work of BAJI has been to engage African Americans and other communities in dialogue that leads to actions that challenge U.S. immigration policy and the underlying issues of race, racism and economic inequity that frame it.

The public is invited to join BAJI staff, volunteers and supporters in celebrating the fifth anniversary. For more information or to purchase tickets, visit http://bit.ly/BAJI5year online or call (510) 663-2254.