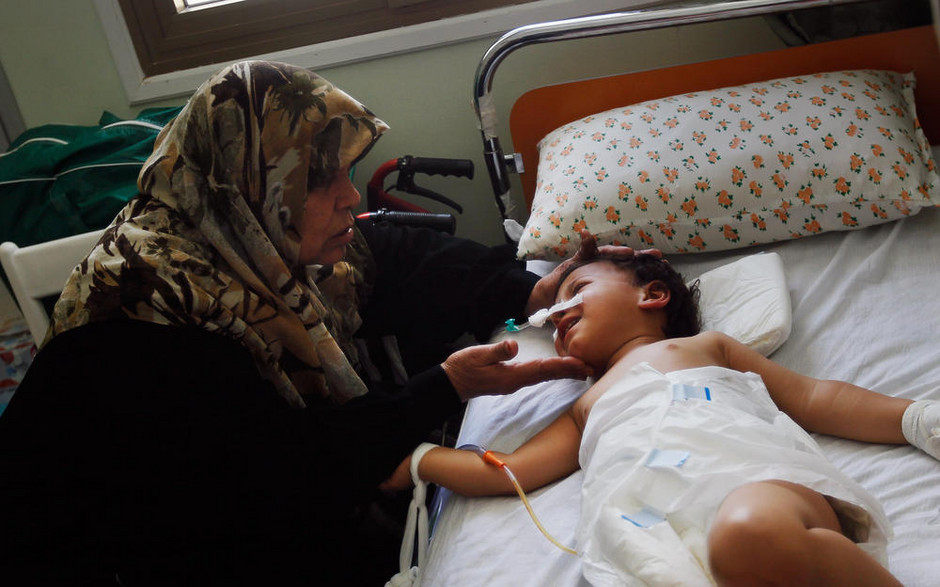 In the CIA kick-started war on Libya, The New York Times report Monday by John F. Burns, calling Libyan civilian casualties “propaganda,” does not square with a series of WBAIX in-hospital interviews (posted below) by Joshalyn Lawrence that show civilian victim survivors of U.S./NATO intensifying bomb raids, both witnessed by a human rights fact-finding mission including Cynthia McKinney and former members of parliament, who report it is NATO spin that mainstream media is reporting.

“Sightings of civilian casualties have been rare,” reported Burns on June 6. “Visits to bombing sites, hospitals and funerals have produced a succession of blunders, including patients identified as bombing victims who turned out not to be, empty coffins at funerals and burials where some of those interred turned out not to be airstrike victims at all.”

The Lawrence videos, on the WBAIX channel, of hospitalized civilians is evidence that, rather than injuries and killings by bombs being “rare” or reporting “blunders,” they are realities. Graphic images of the wounded are documented in the WBAIX videos created by Joshalyn Lawrence.

In the videos, one after another wounded innocent civilian described atrocities to Cynthia McKinney, in a fact-finding mission with a team including a delegation of former MPs and professors from France, all now in Tripoli.

The live-stream Lawrence videos on DeBar’s channel document the NATO attacks and the injured, showing their wounds and describing friends and co-workers killed.

McKinney’s fact-finder team is seen entering one hospital room after another, each with the injured and the doctor explaining how the injury occurred and showing the injuries.

Houses are “completely destroyed” and meanwhile, according to McKinney, NATO has its own psychological operation in progress.

In a June 7 statement by McKinney, she refutes NATO claims about making “significant progress” in “protecting Libyan civilians” and “targeting military intelligence headquarters in downtown Tripoli.”

The fact-finder team, of which McKinney is a delegate, planned a program to visit camps of internally displaced persons in the area but this could not occur because of U.S./NATO attacks.

“[W]e are not able to complete our program while Tripoli is under attack. I will do my best to visit some of the areas bombed today when and if this attack lets up.”

Like The New York Times, The Washington Post headlined “Libya government fails to prove claims of NATO casualties” and the Los Angeles Times headline was “Libya officials put a spin on a conflict.”

“These bombs and missiles are not falling in empty spaces: People are all over Tripoli going about their lives just as in any other major metropolitan city of about 2 million people,” stated McKinney.

“I don’t understand why they want to kill us,” said one young woman seen standing with others outside the Tripoli hospital room, explaining that the old are also being injured and killed.

“Why?” is the question repeatedly asked by the injured who are able to speak.

Political analyst Webster Tarpley answered that question Monday, June 6, on Press TV, stating that the “goal of all this all along has been to smash Libya into various parts to drive Qaddafi out of power and to seize control of the oil to re-impose the yoke of the International Monetary Fund and the World Bank in still more severe form than we ever had it.”

“And I think right now desperation is growing, especially in London and Paris, that old Suez 1956 combination of unreconstructed imperialists,” said Tarpley.

“They are desperate now because their methods so far are not working. They tried high level bombing, combined with this rebel rabble underground with a lot of al-Qaeda fighters included in it and that’s not working.”

Wayne Madsen, who was among those in the hospital with McKinney and others, seeing the patients and witnessing the injuries, has reported that early mainstream media reports included photos of Libyan rebels waving weapons and discharging them into the air, while “NATO member nations were supposedly locked in debate as to whether or when to provide weapons to the rebels.”

“Someone in the media finally pointed out that the weapons being waved about in the photos were NATO standard issue,” reported Madsen. 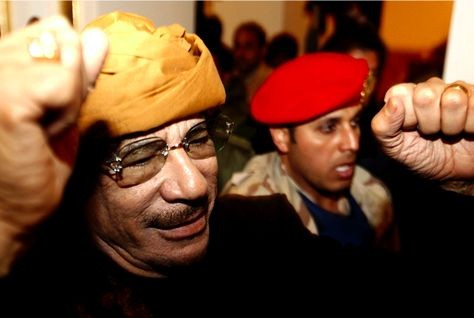 Foreign Secretary William Hauge has said that NATO’s almost three month long mission is intensifying and it could last many more months, according to Press TV.

Tarpley speculates that the U.S. aggression on Libya could bring President Obama down. Republicans who have been long-time warmongers “are now seizing on the Libyan war as a means of attacking Obama.”

The War Powers Act “would have required Obama to get congressional approval for what he is doing within 60 days, meaning by about May 20,” stated Tarpley. “At May 20, the second clock starts which gives him 30 days to pull out. If Obama does not pull out of the attack on Libya by about the 20th of June, he could be brought down by the Republicans in the House, who might use that as a vehicle to express their resentment so they build up some other issues.”

African Americans in Harlem urged public support on Wednesday as they protest the U.S./NATO attacks on Libyan Africans and the targeting of Libyan leader Col. Muammar Qadaffi, the man praised by Nelson Mandela for supporting the anti-apartheid struggle and the man who has said No to the establishment of a U.S. military command (Africom) on the African continent to take African resources. (See “African Americans’ emergency gathering to stop Qadaffi assassination” by Deborah Dupré, National Human Rights Examiner.com.)

McKinney asked June 7, “What were you doing today between 1:00 p.m. and now? The people of Tripoli endure the trauma of repeated bombings in their immediate environment.”

Referring to “imperialist” Nuremberg crimes against humanity in Libya, Tarpley said that “undoubtedly,” depleted uranium and cluster bombs are being used, “and all the rest.”

Investigations have revealed that the U.S. Navy used cluster bombs on Libyans that injured the innocent, including children.

“[A]nd that’s what they call democracy these days.”

Deborah Dupre holds American and Australian science and education graduate degrees and has 30 years experience in human rights, environmental and peace activism. Email her at Gdeborahdupre@gmail.com and visit her website, www.DeborahDupre.com. This story first appeared at Examiner.com.