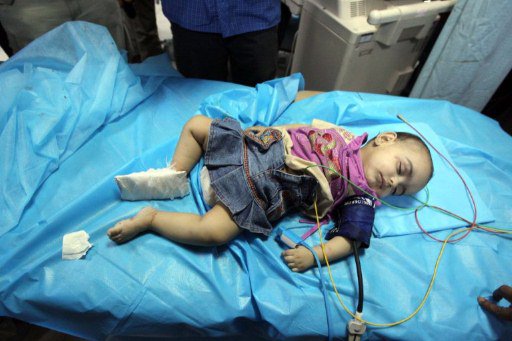 As the Arab spring moves into the Arab summer, the forces of the distant colonial past arise, like vampires from their crypts, seeking something to feed upon.

European and American exploiters, using U.N. resolutions – but ignoring others – and NATO as fig leaves, rain death and desolation in the name of “protecting civilians.” That these same forces were just months ago in bed with the very same dictators that they today denounce, shows us that something else is at work.

One thing for sure, two things for certain, it ain’t the protection of Arab civilians! This may be seen when Palestinian kids lob stones at occupying Israelis armed with automatic weapons and tanks. The West damns the stone throwers, not the bullet shooters.

When the American president dared to even mention the 1967 borders between Palestine and Israel as a negotiating point, the Israeli president, Binyamin Netanyahu, essentially told him, in diplomatic language, to go to hell.

At the much heralded Cairo speech of June 2009, U.S. President Barack Hussein Obama charmed the elites of the Muslim world by proclaiming, to applause: “Any world order that elevates one nation or group of people over another will eventually fail.”

Clearly he didn’t mean Israel, which is allowed to flout U.N. resolutions by bombing Palestine civilians from F14s, invade other countries like Lebanon at least twice, build sky high walls on Palestinian land and generally occupy, steal and settle on their territory at will, with the U.S. rarely raising its voice.

The late French general and president, Charles De Gaulle (1890-1970), once said, “Since a politician never believes what he says, he is surprised when others believe him.”*

After the Cairo speech, with its flowery promises of a “new relationship” with the Muslim world, hopes rose like kites in the spring winds.

Two years later after the waste of Iraq and Afghanistan, rough riding through Pakistan and the bombing of babies in Tripoli, the thrill is gone.

After all is said and done, it’s about what it’s always been about: oil.

Africans in Israel attacked by Zionist government and racist mobs

Troy Anthony Davis should not be dead

Obama is president: Time for self-deliverance