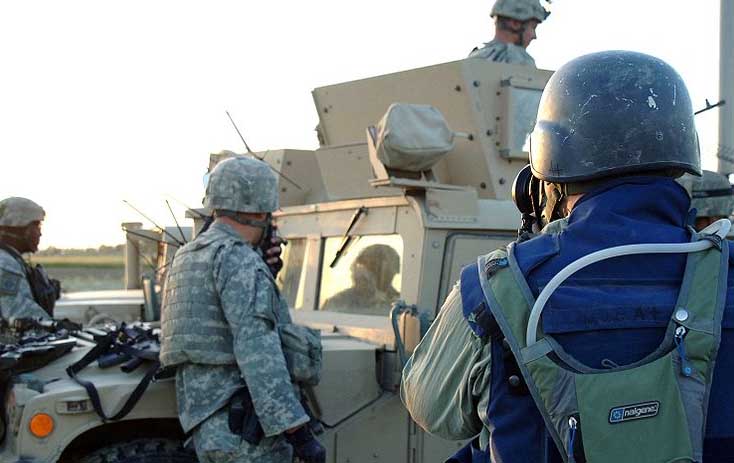 NATO’s decision to intervene in Libya on humanitarian grounds has become an alarming and revealing assessment of America’s understanding of war. The way the “established” media portrayed the Libyan conflict, and its subsequent reception, illustrates our society’s failure to recognize how the power dynamics of plutocratic governance shape our realities. There is significant historical evidence that during times of war, propaganda is used to justify military action for special interests. If we are to believe the theme of “change” will define our generation, we must pierce through both the media and the government’s rationalization of war.

I have found the established media’s reporting on Libya to be lacking in depth and consideration of an alternative to military intervention. This is not unusual. History repeatedly shows that during times of war, the established media have a tendency to mislead, deceive, and in some instances fabricate to serve the interests of the rich and powerful. This is shown through the writings of Carl Bernstein, the Nayirah testimony, the treatment of former U.S. Congresswoman Cynthia McKinney, and the beginning of the Iraq and Afghan wars. Essentially, the media has been used to facilitate consent, not dissent.

Given the assumption that we learn from history, our passive acceptance of such reporting is surprising. In 1758, author Samuel Johnson wrote, “Among the calamities of war may be justly numbered the diminution of the love of truth, by the falsehoods which interest dictates and credulity encourages.” Later, President Dwight Eisenhower warned us of the emerging military-industrial complex, which we learned has a tradition of lying in addition to tremendous governmental influence. If the military has to go to such lengths for approval, it is clearly not what we naturally desire.

Thus, why has there not been more widespread skepticism and objection with regard to Libya?

Led by the U.S., NATO used reports of imminent danger to civilians as justification for humanitarian intervention. Yet history shows that there is a good reason to approach this explanation with skepticism. In fact, it was recently reported that President Barack Obama exaggerated the humanitarian threat. Once we consider issues such as who the Libyan rebels are and what role oil, banking, previous planning and geopolitics play in the situation, it seems that history is repeating itself.

The question for our generation becomes: At what point do we categorically reject war and its mechanisms from the beginning rather than in retrospect? We can do this by repudiating all war. We must reject the seemingly righteous theory of humanitarian intervention because it is divorced from how social conflicts actually arise and are resolved.

The idea that bombing — an indiscriminate killing method the U.S. has become notoriously inaccurate at — can improve a situation is untenable. The most recent example is Kosovo; it was the nonviolent movement that ultimately resolved the conflict. Moreover, what right does any country have to determine the affairs of another country? This is the same expression of moral superiority used to justify imperialism.

If we want to live in a world of peace, we must learn from our history and see that war is an unnatural phenomenon; we need to reject it on a philosophical and spiritual level. Removing war from our conscience creates space for dialogue and diplomacy and brings us closer to a shared utopia.

Coy McKinney was born in Kingston, Jamaica, raised in Atlanta, Georgia, attended high school in Torino, Italy, obtained a history degree from the University of British Columbia in Vancouver, Canada, and is currently a juris doctorate candidate at the University of the District of Columbia David A. Clarke School of Law. Coy’s primary interests are stimulating our natural impulse to collaborate with one another, exploring and deepening our collective consciousness, and building small-scale, sustainable communities where appreciation of the environment, and our role within it, is deeply embedded within the culture. For more, check out the website http://www.everythingology.com. 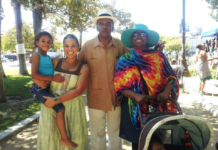