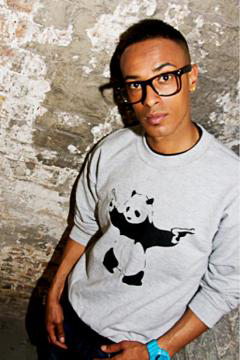 Growing up with an older brother like Sean was really a very special gift. Seven years of wisdom separated us. When I was still interested in Barbie and Ken, Sean had long been interested in music. Indeed, you could hardly escape him and his body-popping, breakdancing dance moves on the living room space any time there was company around.

Our living room floor is treated by our mother as a performance stage, you see, and in his defense, he was eagerly prompted – if not forced – by mother to “perform” for the family and the guests who often frequented our little private exhibition center. And so he learned to swallow his modesty as he would rip his shirt open in dance routines to Usher’s “You make me wanna.”

Ah, those were the days indeed. Followed, sadly, by my own hopeless attempts to “perform” for the family – if you could call it that – with my 8-year-old jiving and thrusting to Busta Rhymes. It soon transpired, only one of us was cut out for this business!

I always had this great sense of belief in him and his ability to “make it.” I mean, how could someone so talented, and so charismatic, not become a superstar? He was my hero! I was beyond reasonable doubt. Simples. I remember making a bet with my best friend, Johnny Rogers, when we were around 13 and 14 that Sean would have made it by the time he was some particular age. I seem to remember betting a million odd pounds on the prospect! Don’t know where I thought either of us would obtain the funds to pay, but I was fairly certain that I at least wouldn’t have to; my brother was going to make it.

January this year, you can imagine my elation when I get a message from Sean in London – I was in Melbourne, Australia, temporarily – revealing that he had signed a record deal! A few months earlier in fact! He had been keeping it hush, always the modest and cautious character. For me, it was the greatest feeling of happiness and gladness and downright amazement at his years of hard work finally coming to fruition!

In fact, I remember that evening so distinctly. I had been in a foul mood. Andrew Murray had just screwed up the Australian Open final. I had had to watch it with a particular English gentleman who made it his glorious business to wind me up about dear old Murray and his every unforced error and double fault. Completely raging, I had been!

And then Sean hits me with the big news. ARE YOU SERIOUSSS?! I could barely contain myself! I had the kind of tension in my hands that I get when I’m that magnificently excited, and the only way to relieve the joint-strickening stiffness is to squeeze the absolute hell out of somebody’s cheeks. I’m not sure the English fella enjoyed that too much.

A couple of months later, and the debut single, “All I Need Is You,” has been released and the video featured on MTV. Hey, Johnny, can I get my £1 million please?

Natasha: Congratulations on the new found success of signing a record deal! What made you first decide to get into music?

Sean: I listened to all kinds of different music as I grew up. Last thing on my mind was actually making my own. When I started listening to Kanye West’s “College Dropout” album, I thought to myself, “You don’t need to be a gangster to rap.” So I started transferring poetry I was writing while I was working part-time – no, I was not a model employee – to music with the help of my good friend, Kross Kulcha (Jamie Strang). We taught ourselves to make our own beats, ‘cause nobody would give us any, and it grew from there.

Natasha: So a career in music has been in your sights for quite a while. What do you feel are the main things that have hindered you from day one?

Sean: Singlemindedness and a lack of belief. Prejudices from some factions of the Black community surprised me, but I suppose that’s to be expected. The nail that sticks out will get hammered! But I’m goin’ to do me; at the end of the day that is all I can do.

We taught ourselves to make our own beats, ‘cause nobody would give us any, and it grew from there.

Natasha: Being a man of color in the U.K., where there is a far lesser Black population as compared with the U.S., is it necessary to strive to please markets beyond the U.K. Black population? Have you tried to make any adjustments to achieve that wider appeal? 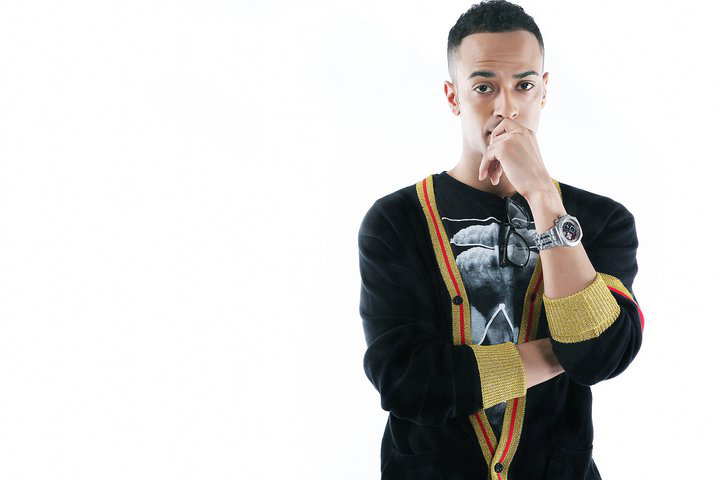 Sean: Personally, I don’t think so. If I start tryin’ to do that, then I’m perhaps tryin’ to be something I’m not. And people can see right through that. In the age of the internet, the world is a smaller place. Though we may all be strangers to each other, we all go through even more similar things than we did in the past. Globalization at its finest.

And really, I haven’t felt the need to make specific adjustments. I’ve always been hard-headed and done things my way. I’ve been influenced by so much that I want to conform to my own vision – which I suppose is a good thing because that sets me apart from my peers.

And regardless, I feel my music talks of universal themes, things that we can all relate to. At the end of the day it’s about my perspective of the world. The words I use help paint the picture in sound so my listeners can feel what I’m talking about. Perhaps there may be some things that may be lost in translation – but when I listened to American rap, if there were things I didn’t get, I’d google it. The benefits of having the internet on your phone are wondrous! Before that, I would just wait and ask an American, if I could find one hahaha.

Natasha: There are a lot of people you have worked with in the past: Michelle Eli, Jamie Strang, Nikitta, Hev Bass, Beatf1ya … what are these guys doing now in terms of their music?

Sean: All my peoples are doing something. Creative people always find a way to do just that. I know they are all working on their own projects, but life always has a funny way of getting in the way.

Natasha: How does it affect the dynamics when one of you gets a break when it feels like you have all been part of the struggle to get noticed in the business together?

Sean: I’ll never forget those who helped me. We can’t have this crabs-in-a-bucket type mentality. I’m about to start work on my album, and I’m working with most of the people that have helped me develop as an artist over the years. Kross Kulcha and HevBass in Glasgow, Beatf1ya in Germany, and some of it I’m going to do on my own. We are all in this together; if one of us makes it, we all making it.

Natasha: Being still but an embryo in this business, do you feel you have the necessary support system – both business and emotional support – to take you to the top?

Sean: To be honest, no. I’m flyin’ on blind faith. Intuition has got me this far, so if it ain’t broke …

I’ll never forget those who helped me. We can’t have this crabs-in-a-bucket type mentality.

Natasha: Many doors have been closed in your face along the way. How do you get up from that?

Sean: Make like water and find a way through. Doors close, but windows open. There’s always a way; just depends on if you’re willing to pay the price.

Natasha: Do you have any particular musicians who have inspired you?

Sean: Oh, there are so many. I love Freddy Mercury’s writing. I think Queen is one the greatest bands. I admire the steeze of Johnny Cash, Lil’ Richard and Ray Charles. They don’t make music like that anymore. Not to say that we make bad music now; it’s just different. Love Timbo – old Timbo; his new stuff is cool, but he had an edge back in the Aaliyah days – Kanye, Lil Wayne, Jigga, Lupe Fiasco, Wyclef – “The Ecleftic” was amazin’! – and a new favorite is Big Sean. But every day there’s someone new to add to the list.

Natasha: How would you describe your sound and what makes it different from the hip-hop and r&b of the past?

Sean: I’m just taking it from a different angle. What’s so different, you may ask. I’m trying to deliver style and substance at the same time, as I see a lot of artists sacrifice one for the other.

Natasha: Does your music attempt to convey any particular message for its listeners?

Sean: Being a person in this world is not easy; trying to live a happy life is near impossible. Livin’ to work, workin’ to live. Price of living is going up and chances of survivin’ are goin’ down. But we still find time to party. I’m oppressed, depressed, touching new realities, peeling back layers of my subconscious, but presenting it in the only way I can.

There’s an air of optimism in everything I do, ‘cause I’m naturally that way. We all get knocked down, but it’s all about how we dust ourselves off and get back up. I feel that’s what I’m representin’.

Natasha: What are the struggles that you are facing now, having been released, and how do you expect to overcome them?

Sean: Well, I suppose getting’ the deal is the easy part, now I’ve got to prove to people that I’m worthy of their time and attention.

Getting some sort of management is proving difficult. I’m sure I will get someone soon, but it’s rather frustrating. I’m fighting time, and there’s only ever one winner in that. So, I’m just doing what I can myself.

I’m trying to formulate ideas that will help me interact with my fans, helping me keep my old ones and get some new ones. Will be releasing some vids exclusively for my website, featuring tracks from my upcoming album. I’m going to post up tracks that people can download for free as well, ‘cause everyone loves free – I know I do.

I’m oppressed, depressed, touching new realities, peeling back layers of my subconscious, but presenting it in the only way I can.

Natasha: And finally, what is your advice for other kids just starting out?

Sean: Stick to your guns. You got a plan? See it through to the end. People may not understand what you are doing, but as long as you believe, you can make it happen. Plans and people change, but the overall aim will remain the same.

Sean Reid’s single, “All I Need Is You,” is available for download on iTunes, Amazon MP3 and HMV. For more information on Sean and to hear the tracks, check out his music site, and Facebook fan page. Be sure to peep the video:

Natasha Reid is a writer of Zimbabwean and Scottish descent, on a transatlantic mission to explore and reveal new truths whilst volunteering at the Bay View. She holds an honors law degree, though her real passion lies in journalism and political awareness. You can contact Natasha at tash.reid7@gmail.com. 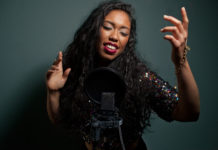 Aisha Fukushima takes over the planet