Broadcast on Voice of the Cape, South Africa 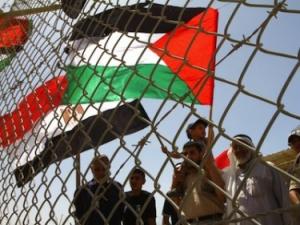 At 4:30 a.m. on the Fourth of July, a.k.a. American Independence Day, my phone RANNGGGGGG!

“This is the Voice of the Cape Radio in South Africa.”

“Oh yeah, yeah I remember you. We talked about a year ago, about Rwanda.”

“Would you like to talk about American Independence Day in about three hours?”

Three hours later, while waiting for a connection to the host, I tried leaving a link to the station’s website and online stream on Facebook, only to get a message that said: “This message contains blocked content that has previously been flagged as abusive or spammy. Let us know if you think this is an error.” I let Facebook know – so did at least a handful of my friends.

Why would Voice of the Cape, the Islamic community radio station of rural South Africa, be blocked on Facebook? The feature story that day was about the Gaza Freedom Flotilla, but there were stories all over my friends’ Facebook pages about the Gaza Flotilla that day. When Voice of the Cape was still banned two days later on July 6, I scanned the featured stories on its home page. There was one with the headline, “28,000 Pakistanis Displaced” – a tragedy that no one else seemed to be reporting, but it was hard to find the offense that would call for a Facebook ban here.

There was another story on a South African qasida band concert and contest in Capetown, one on Capetown’s architectural heritage, one on a Shariah-compliant banking service and a show on the restitution process in South Africa coming up on the air. Community radio.

I couldn’t find any explanation for the entire Voice of the Cape website to be blocked aside from it being an Islamic community station with one report on the Gaza Flotilla and one editorial in support of it. The host did indeed want to get straight to what he clearly knew I’d be likely to say about the consequence of the American Revolution for America’s indigenous peoples.

But Facebook block? People from all over the world were posting about the Gaza Flotilla and I’m hardly the first to say that 1776 was no better deal for Native America than 1492, so go figure, or contact Facebook: https://www.facebook.com/help/contact.php?show_form=.