“A life not lived for others is not a life” – Mother Theresa. 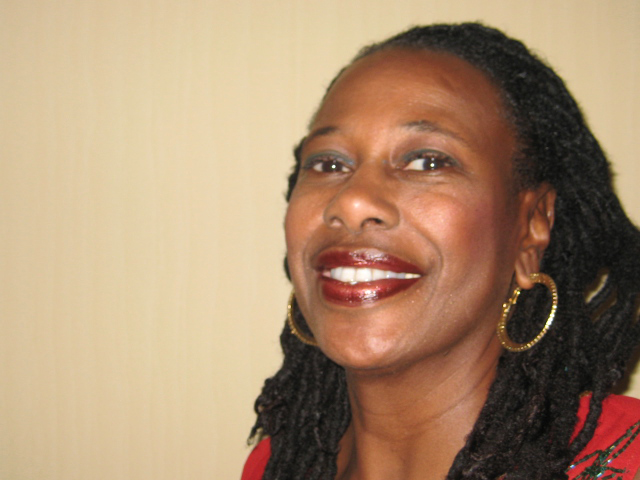 “That kind of activist is credible to me,” said Jake Gonzalez, chair of the Public Administration Department at Golden Gate University, who served on McGee’s doctoral dissertation committee. “She knows how the inside works, but works on the outside. She can hold government accountable,” he said.

According to McGee’s mother, Sadie Jacob, McGee was an ordinary girl growing up. “She was very good at home; helped me with the kids. She was always in something at school and she volunteered for a lot of things after school,” Jacob said.

McGee, who holds doctoral and master’s degrees from Golden Gate University in business and public administration respectively, spent the first quarter-century of her life in Louisiana, growing up in the small town of Mansura, population 500.

Her mother has a fifth grade education; her biological father, who beat her mother, was in and out of jail. But her mother’s second husband was able to be more supportive. “I was proud to call him my father,” McGee said.

Despite being raised in Louisiana and graduating from Southern University in Baton Rouge, McGee vowed to her mother that she would never work in the state because there was too much prejudice.

She ordered food from the carryout window typically used only by European Americans. “We wouldn’t take our food or pay for the food unless the employees gave us the food we ordered at the window Caucasians picked up their food,” she said.

One Sunday she was the only African American to attend an otherwise Caucasian Catholic church and refused to kneel on the carpetless classroom floor after the pastor fired her church school teachers – religious brothers – for encouraging her and other African Americans to violate the community’s racial norms. “Then we had no teachers,” she said.

“After he fired the brothers, we had to kneel on the hard, carpetless, classroom floor each day all day,” McGee said. “One day, I sat in my desk instead of kneeling on the floor. I encouraged all my classmates to do the same, which they did.”

All of the students got on their knees, except McGee. “I just sat there,” she said. “I didn’t notice the others were on their knees until I turned around.” She thought to herself, “I thought you guys were supporting me.” Slowly, she also got on her knees.

“I did so much there,” McGee said in reference to Mansura.

“The morning I went to the Caucasian church, I took holy communion. I was the talk of the town Sunday and all week.”

McGee was expected to work in the local canning factory after she completed high school. Instead, she became the first person in her family to go to college.

“Applying and going to college was viewed as ‘bad, lazy, goody two shoes,’” she wrote in a personal statement. “Many times friends, neighbors and even family were critical of anyone furthering their education.”

“When I told my mother I was going to college, my mother told me I wouldn’t finish college,” she said. “You’ll end up pregnant like all the other girls.” “I made it a point not to fail,” she said. 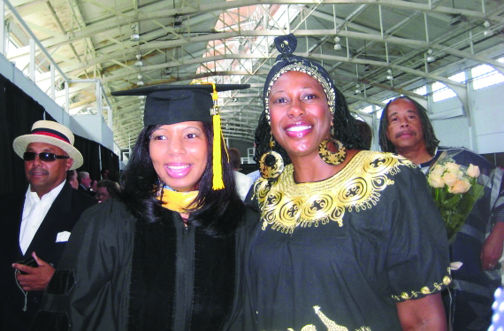 McGee harnessed her anger toward her mother and used it as the spark to complete her degree.

“In raising my [own] daughter, I knew my daughter would do whatever I did,” McGee said. “That motivated me to earn a master’s degree and a doctorate. I worked with disadvantaged people in a disadvantaged community and I wanted to be a role model for them.”

“The Bayview Hunters Point neighborhood has one of the highest rates of pediatric asthma and breast cancer in San Francisco,” McGee said. “A child died from an asthma attack at a childcare center one day because the teachers were unable to recognize the attack as asthma. This won’t happen again. Not under our watch.”

“Betty is a passionate leader for community environmental justice,” said Gina Fromer, group executive director for the Bayview Hunters Point YMCA, who has been aware of McGee’s work for the past 15 years. “She is from the community. She understands what’s happening in the community.”

When the City cut 40 percent of HERC’s funding for its breast cancer program, Dr. McGee was told that she and her staff still had to do all the work they did with 100 percent funding. City officials noticed HERC was behind on its home inspections and predicted it would be impossible for them to catch up.

Nonetheless, “We are going to complete every task that’s being asked of us by the (San Francisco) Department of Public Health,” Dr. McGee said. “We are going to make our goals and objectives and in some areas we’ll surpass that.”

Because of reduced funding, Dr. McGee is now involved in direct services, she said, such as doing home asthma assessments.

When asked if she has had any successes, McGee said, because of HERC, our children sleep better.

HERC is also dispelling myths about breast cancer, said Rhoda Charles, formerly the lead community person for the breast cancer program. Without funding, Charles operates the program as a volunteer.

Women in Bayview Hunters Point used to think having a mammogram caused breast cancer, Charles said, but HERC has changed that.

It’s this type of thinking we have changed, Charles said.

HERC educates children and families about how to live and cope with asthma, McGee said. It also educates men about prostate cancer. “We’re seeing a level of trust there that no other organization is able to give them,” McGee said. “They’re calling HERC. That, to me, that’s success.”

Berkeley writer Keith Burbank can be reached at ksburbank@gmail.com. This story first appeared in The Potrero View newspaper, July 2011.