by James Ridgeway and Jean Casella 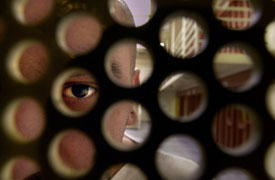 As Americans prepare to celebrate Independence Day, inmates in solitary confinement at California’s Pelican Bay State Prison are standing up for their rights in the only way they can – by going on a hunger strike. The prisoners, who are being held in long-term and often permanent isolation, have sworn to refuse food until conditions are improved in Pelican Bay’s Security Housing Unit (SHU).

Built in 1989, Pelican Bay is the nation’s first purpose-built supermax prison and remains one of its most notorious. Constructed to house 2,280 of California’s “most serious criminal offenders,” Pelican Bay currently holds more than 3,100. Over a third of them live in the X-shaped cluster of buildings known as the SHU, which CDCR describes as “a modern design for inmates who are difficult management cases, prison gang members, and violent maximum security inmates.”

NPR’s Laura Sullivan, one of the rare reporters to be granted entry to Pelican Bay, described the SHU in a 2006 report:

“Everything is gray concrete: the bed, the walls, the unmovable stool. Everything except the combination stainless steel sink and toilet. You can’t move more than eight feet in one direction … The cell is one of eight in a long hallway. From inside, you can’t see anyone or any of the other cells. This is where the inmate eats, sleeps and exists for 22 1/2 hours a day. He spends the other 1 1/2 hours alone in a small concrete yard …

“Although all the inmates are in isolation, there’s lots of noise: Keys rattle. Toilets flush. Inmates shout to each other from one cell to the next. Twice a day, officers push plastic food trays through the small portals in the metal doors …

“Those doors are solid metal, with little nickel-sized holes punched throughout. One inmate known as Wino is standing just behind the door of his cell. It’s difficult to make eye contact, because you can only see one eye at a time. “The only contact that you have with individuals is what they call a pinky shake,” he says, sticking his pinky through one of the little holes in the door. That’s the only personal contact Wino has had in six years.”

When conditions at Pelican Bay were challenged in a 1995 lawsuit (Madrid v. Gomez), the judge in the case found that life in the SHU “may press the outer borders of what most humans can psychologically tolerate,” while placing mentally ill or psychologically vulnerable people in such conditions “is the equivalent of putting an asthmatic in a place with little air to breathe.” Yet since that time, the number of inmates in the SHU has grown, and their sentences have lengthened from months to years to decades. Hugo Pinell, a former associate of George Jackson who is considered by some a political prisoner, has been in Pelican Bay’s SHU for more than 20 years.

Many residents of the SHU have been sent there on questionable grounds and have little hope of ever leaving. A majority of the men in solitary confinement in California are there because they have been “validated” as gang members, and given indeterminate sentences in the SHU. According to Corey Weinstein, a physician and prisoners’ rights advocate, the “single way offered to earn their way out of SHU is to tell departmental gang investigators everything they know about gang membership and activities, including describing crimes they have committed. The [CDCR] calls it debriefing. The prisoners call it ‘snitch, parole or die.’ The only ways out are to snitch, finish the prison term or die. The protection against self-incrimination is collapsed in the service of anti-gang investigation.”

The “single way offered to earn their way out of SHU is to tell departmental gang investigators everything they know about gang membership and activities, including describing crimes they have committed. The protection against self-incrimination is collapsed in the service of anti-gang investigation.” – Corey Weinstein, physician and prisoners’ rights advocate

In April, prisoners in several corridors of the SHU announced their intention, on July 1, to “begin an indefinite hunger strike in order to draw attention to, and to peacefully protest, 25 years of torture via CDCR’s arbitrary, illegal and progressively more punitive policies and practices.” In a notice authored by inmates Todd Ashker and Danny Troxell “on behalf of themselves and similarly situated participants,” the group of prisoners – which supporters say cuts across racial lines – issued five “core demands.” The demands are remarkable for having been penned by a group of prisoners whose communications with one another and with the outside world are severely limited. They are also far from radical. 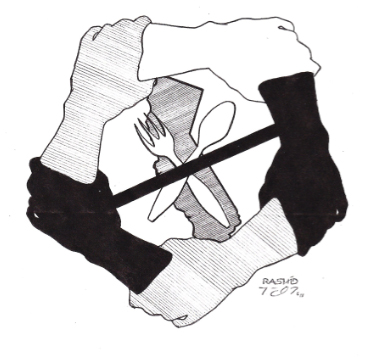 The hunger strikers are asking for “individual accountability” to replace “group punishments,” and for an end to the system of “debriefing.” According to the prisoners, “Debriefing produces false information (wrongly landing other prisoners in SHU, in an endless cycle) and can endanger the lives of debriefing prisoners and their families.”

In outlining their desired changes to conditions in the SHU, the strikers turned to the recommendations of the U.S. Commission on Safety and Abuse in Prisons, a bipartisan, blue-ribbon commission which issued a 2006 report on conditions of confinement in U.S. prisons and jails. Among its primary findings, the commission recommended that prisons “make segregation a last resort,” “end conditions of isolation” within segregation units and avoid long-term solitary confinement.

Beyond this, the strikers want the CDCR to “provide adequate food,” and “provide constructive programming and privileges for indefinite SHU status inmates.” Among the modest privileges the prisoners want are one phone call per week, longer visiting hours, exercise equipment, art supplies, wall calendars and more TV channels.

Nevertheless, the California Department of Corrections and Rehabilitation seems already to have dug in its heel when it comes to responding to the hunger strikers. “It’s appropriate for the CDCR to review the demands, but they’re not going to concede under these types of tactics,” CDCR spokesperson Terry Thornton told California Watch. “It remains yet to be seen whether they’re actually going to initiate a true hunger strike,” she said; if they do, the prison will monitor their health, but “if an inmate decides he’s not going to eat, we can’t force him to eat.”

In preparation for the start of the strike on July 1, California Prison Focus and other members of the Prisoner Hunger Strike Solidarity Coalition hosted a rally and press conference in the Bay Area and issued an online petition. Among the groups expressing support of the strikers’ demands is the Prison Law Office, known for mounting the lawsuit that resulted in the recent Supreme Court decision mandating a reduction of California’s prison population.

For updated news on the strike and communications from striking prisoners, go to prisonerhungerstrikesolidarity.wordpress.com, where this story can be found. Here you can also find the prisoners’ demands, why people should support the strike, how you can get involved, some history of Pelican Bay and Security Housing Units (SHUs), as well as some resources and more.