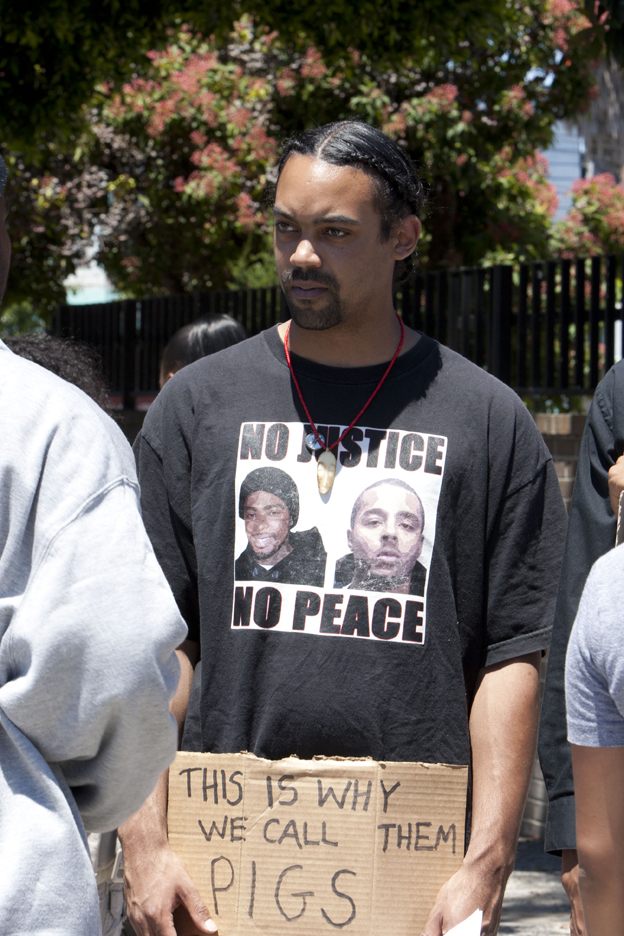 In the face of the U.S. power structure’s continuing attempts to force communities of color to hide in our own hoods, a 19-year-old Afrikan youth, Kenneth Harding, was shot to death Saturday over not having a transfer for a $2 light rail ride.

As he lay dying in a pool of his own blood, reaching out for help, raising himself up and crying out in agony, only to be surrounded and circled by police who were armed to the teeth with assault rifles and other tools of war, the similarities to this scene in the predominantly Afrikan Bayview Hunters Point community and that of every poor neighborhood in Haiti were striking.

A case in point was that of Titus Simpson, 23, a pro-Aristide, pro-Lavalas demonstrator in Bel Air, Haiti. He was shot dead by U.S. trained Haitian Special Forces, just 30 yards from an American journalist and left lying in the street, in a pool of his own blood.

He too was allegedly armed. Yet the only thing found on him was his WALKMAN disc player.

In the Hunters Point case, Harding has been accused of being armed. Yet no gun could be seen anywhere near the victim while he clung to life.

The point here is that as he was allowed to bleed to death on the sidewalk in full view of armed officers who were circling like sharks, making no attempt to give him aid. And small children, other youth, elders – everyone on the streets in those moments can bear witness: KENNETH HARDING WAS DEFINITELY NOT ARMED as he lay prone, in agony, crying out for life, dying.

No ambulance came. No paramedics came. There were no on-the-spot attempts to save this youth’s life. In fact, people were kept away from him.

It was as though he were nothing more than a piece of meat.

So – now Afrikan life – anywhere in the world – is not worth the price of a $2 light rail ride? 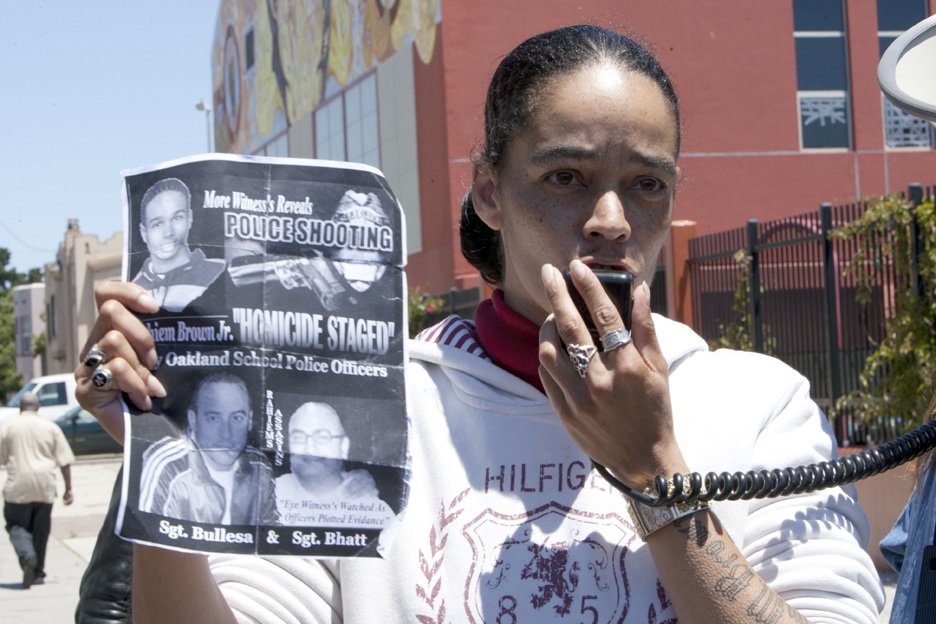 That is good to know. Because the noon hour press conference held Monday, within 48 hours of the shooting, was the community speaking back at U.S. attempts to terrorize, torture and intimidate us into silence – into the acceptance of atrocity.

Shit like this is normal now, a commonplace occurrence.

Ministers, laborers, mothers of slain sons, writers, people off the streets and community activists from Bayview to the East Bay said enough is enough. We will take no more.

But this has been said before.

El Hajj Malik El Shabazz said, “There will be no more days like this,” and proceeded to suit actions to words. So the U.S. power structure had him assassinated.

The Rev. Dr. Martin Luther King Jr. said, “I’ve been to the mountain top, and I’ve seen the promised land.” He said this even as he realized and began to speak out on the interconnectedness of the garbage workers’ strike in Montgomery, Alabama, and the Vietnam War. So the U.S. power structure had him assassinated as well.

The Black Panther Party said the same things – and Panthers were felled like trees by the U.S. power structure. 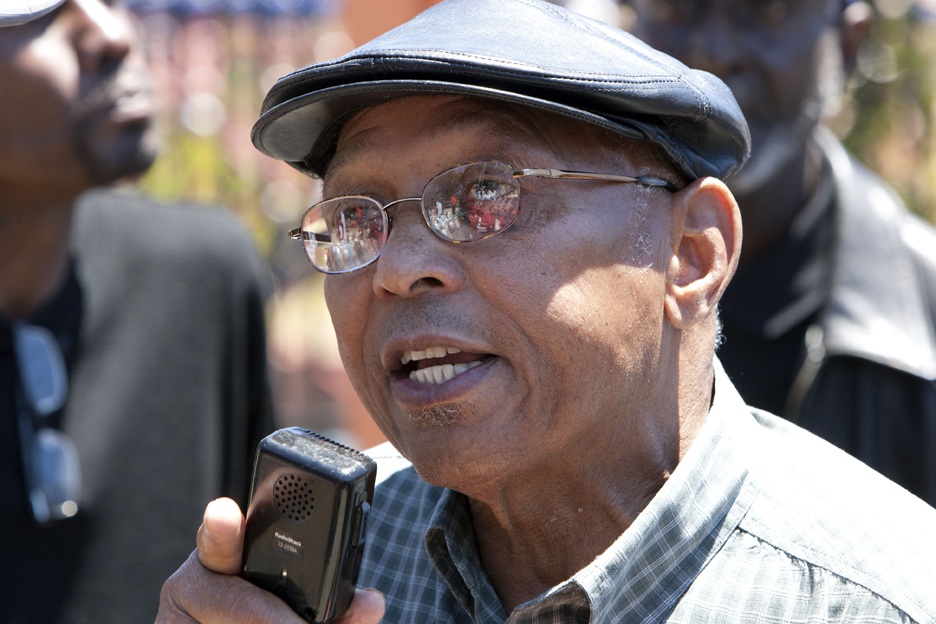 They keep slapping us hard – but we keep getting right back up and speaking truth to power.

So stay tuned. More is to come. Community unity is the key.

Malaika H. Kambon is a freelance photojournalist, owner of People’s Eye Photography and a master’s degree candidate in Interdisciplinary Studies at San Francisco State University. She can be reached at kambonrb@pacbell.net.

Alert: Police Chief Greg Suhr has called a community meeting for Wednesday, July 20, 6 p.m., at the Bayview Opera House, 4705 Third St., to lay out the facts of the case, he says. “Police officials, Mayor Ed Lee and elected lawmakers are expected to attend,” KQED reports.