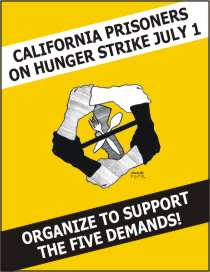 It has been 83 hours since I last chewed on anything. Many people who are celebrating the Fourth of July do not have the slightest idea that they are celebrating more than just “independence” day for the European immigrants who defended the foreign land they had settled in from their fellow countrymen back home in Europe.

They are celebrating the decimation of culture, tradition and people in countries throughout the world where America and its military troops have transcended upon and unleashed their genocidal practices upon the people of those lands. They are celebrating the inhumane conditions many of America’s own “citizens” have to endure in intentionally impoverished areas caused by its own exploitative economic and corrupt political system that spread outside of her physical boundaries.

They celebrate torture caused by its own military pawns abroad in places America has troops in when seeking intelligence and subordination from its captives, as well as domestically, in their own maximum security units or, better put, concrete torture chambers in America’s prisons. Some of us WILL NEVER celebrate a date that desecrates our ancestors and our history and undermines our resistance.

I stand with all my brothers still on hunger strike inside the SHUs at Pelican Bay and Corcoran and on the mainlines in Centinela and Folsom and all other prisoners throughout California and the nation in solidarity with the hunger strike.

I stand with all my brothers still on hunger strike inside the SHUs at Pelican Bay and Corcoran and on the mainlines in Centinela and Folsom and all other prisoners throughout California and the nation in solidarity with the hunger strike.

Imagine being caged up alone for 23 hours a day in a 6-by-10-foot concrete chamber. Imagine that your only human contact in the last 10 or 15 years is that of guards putting shackles on you, or a vague recollection of someone who told you she was from the medical field.

Imagine if you had not seen or talked to another African-American person in months, years or even decades.

Please help me raise awareness. If you haven’t already, please sign the petition. Call your local legislator, CDC (California Department of Corrections) warden and other targets that are worried about the publicity, but need to protect their image. Spread the word. Talk to your friends, co-workers and others you meet.

Below is a link to the petition. Below that link are links on how to do more.

No justice, no food!

Manuel La Fontaine is an organizer for All of Us or None, a national organizing initiative started by formerly incarcerated people to fight against discrimination faced after release and to fight for the human rights of prisoners. He can be reached at Legal Services for Prisoners with Children, 1540 Market St., Suite 490, San Francisco, CA 94102, (415) 255-7036, ext. 328, www.prisonerswithchildren.org, manuel@prisonerswithchildren.org.