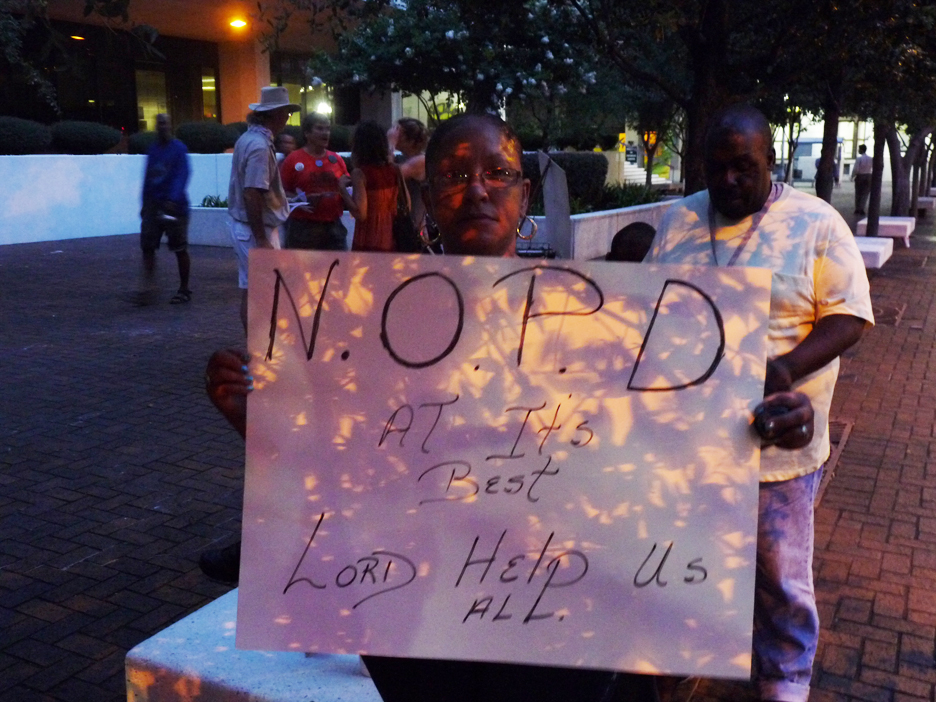 The prosecution rested its case last week in the Danziger Bridge police violence trial with one final witness testimony, perhaps the most moving.

Lesha Bartholomew, who was 17 at the time of the incident, broke into tears as she described seeing her mother wounded, with her arm nearly shot off. “She was saying Lord help us,” said Lesha, describing how she tried to shield her mother from the gunfire as they both lay behind a concrete barricade.

Bartholomew’s testimony punctuated the last days of the prosecution’s case that were spent mostly on the testimony of FBI Agent William Bezak, who has been in charge of the FBI investigation of the case since January 2009.

As a so-called “summary witness,” Bezak laid out the government’s view of the shootings on Danziger Bridge and cover-up from beginning to end. Over the past two years, Agent Bezak interviewed nearly all witnesses associated with the case – including 75 NOPD officers – and reviewed what he said were thousands of pages of documents. As part of his testimony, the government also played an extended video from a television news crew that had been stationed nearby and audio from a three-hour conversation between officers Jeffrey Lehrmann and Robert Gisevius. Officer Lehrmann, who has pleaded guilty to aiding in the cover-up, secretly recorded the conversation as part of his cooperation deal with the government.

On the profanity-filled audiotape, Gisevius repeatedly says that he thinks none of the officers who were on the bridge that day will “break” or “sing.” Lehrmann, tasked by the feds to get Gisevius to admit guilt, continually presses Gisevius on who will talk or not.

When Lehrmann tells Gisevius that the government has shown him the TV news video, Gisevius asks if the tape shows him “shooting people on the ground.” In the taped conversation, Gisevius also expresses scorn for the government, calling prosecuting attorney Bobbi Bernstein a “Jew” and a vulgar word associated with female genitals. On another part of the tape, Gisevius tells Lehrmann that he shouldn’t worry, because Kaufman took a lead in writing the reports. “You were his note-writing bitch,” says Gisevius. Speaking of another officer who hasn’t been charged, he adds, “Waguespack could be in as much trouble as anybody. He signed off on that shit.”

In nearly two days of cross examination, defense attorneys questioned the government policy of not tape-recording interviews, expressing doubt about the testimony Agent Bezak had gathered, most of which was based on his handwritten notes, and questioned his interpretation of the evidence. They also asked questions that implied the prosecution had avoided calling some key witnesses whose testimony would not go along with the state version of events. Among the key witnesses not called were officer Robert Barrios, who has already pleaded guilty, and Leonard Bartholomew III, who was shot several times on the bridge.

Lawyers for the defense began calling witnesses on the afternoon of Thursday, July 21. The trial is expected to last at least three to four more weeks. 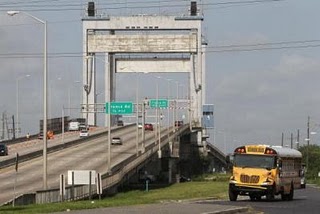 Defense attorneys have been aggressive in their questioning of prosecution witnesses, especially the former officers who have pleaded guilty and agreed to testify in exchange for lighter sentences. They have occasionally displayed hostility towards attorneys for the government who are prosecuting the case. In his opening arguments, attorney Timothy Meche mocked Bobbi Bernstein, the lead prosecutor in the case, for saying that officers should have “assessed” the situation on the bridge before they began shooting, saying that any hesitation could have cost the officers their lives.

Meche said that the officers were part of a task force that took on the most dangerous assignments and that they are “proactive and help people and rescue people.” Kaufman attorney Stephen London derided the prosecution for even investigating his client, saying, “For the government to come here six years later and look over his shoulder is inexcusable.”

Former officer Jeffrey Lehrmann, who began his testimony on the morning of July 11, was the subject of a withering cross-examination by Kaufman attorney Stephen London. Much of the defense tactic in questioning officers who have testified for the prosecution involves going over past testimony and asking repeatedly about discrepancies. For example, in questioning Lehrmann, London asked repeatedly about the gun he said Kaufman had planted at the crime scene. In one telling of his story, Lehrmann had said Kaufman handed the gun to him. In other telling, he said Kaufman had handed the gun to officer Gisevius then him. “You’re nitpicking,” said Lehrmann, insisting that the differences were irrelevant and minor. “It is different. Big time different,” replied London.

Bowen attorney Frank DeSalvo also mocked prosecutors in his opening statements, perhaps hoping to appeal to anti-government sentiments on the jury. He said that the government’s case sounded like something out of a “Grisham novel” written by someone who knows a little bit of law. DeSalvo added that many of the government’s witnesses were liars, while others were deluded.

DeSalvo, who in his work with the Police Association of New Orleans has defended countless police officers over the years, has been involved in the Danziger case since the beginning. Some questioned his involvement in the state case against the Danziger officers, which was dismissed by Judge Raymond Bigelow in 2008. DeSalvo’s daughter, Emily DeSalvo Blackburn, was a minute clerk for Judge Bigelow and is the wife of one of DeSalvo’s law partners.

One of the most strident defenders has been Paul Fleming Jr., who appears to have taken a leadership role among the attorneys. Fleming was the first attorney to speak for the defense in opening arguments and he began by forcefully declaring the words, “These men are not guilty.” He has frequently been the first to question witnesses and is often the first to object in court to the government’s line of questioning.

Unlike DeSalvo, Fleming is not known for defending police, but he does have a history that involves some notorious cases – mostly in Jefferson Parish – and often involving the death penalty. He is probably best known as the lawyer for Vince Marinello, the well-known local sportscaster who was convicted of killing his wife. Fleming was also the lawyer for Charles Atwood, a Metairie man who pleaded guilty in 2003 to killing and dismembering at least three women.

Jordan Flaherty, a New Orleans-based journalist and staffer with the Louisiana Justice Institute, is the author of the book, “Floodlines: Community and Resistance from Katrina to the Jena Six.” He can be reached at neworleans@leftturn.org. This story first appeared in The New Orleans Tribune.

Six years after Katrina, the battle for New Orleans continues

After Katrina, New Orleans cops were told they could shoot looters

NOLA vs. the po-po