KPFA Weekend News Anchor Cameron Jones: The secession of South Sudan rekindled calls for secession around the world, including those of the Rwandan lobby for redrawing the map to make the Democratic Republic of the Congo’s North and South Kivu provinces on Congo’s eastern border with Rwanda part of Rwanda. 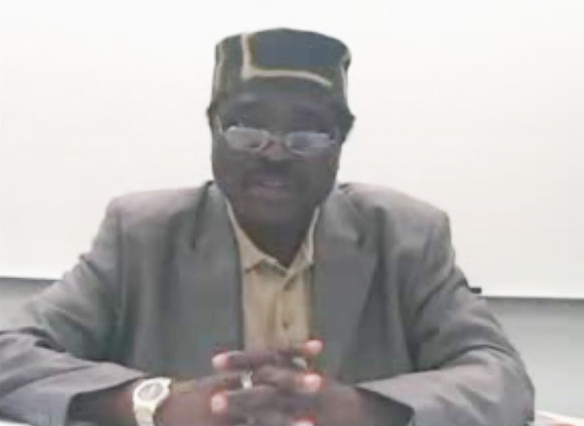 Many have long argued that this would simply formalize Rwanda’s de facto colonization of the Kivus since Rwandan President Paul Kagame’s Rwandan Patriotic Front Army invaded during the first and second Congo Wars of 1996 and 2003, then continued to cross the border and command de facto militias in the ongoing conflict. KPFA’s Ann Garrison has more.

KPFA/Ann Garrison: Friends of the Congo’s pilot film “Crisis in the Congo, Uncovering the Truth,” which was shown at San Francisco’s African American Cultural Center this week, points to evidence that the U.S. armed and trained the Rwandan and Ugandan armies who have invaded and occupied Eastern Congolese provinces, beginning in 1996.

Former university Professor Yaa Lengi, author of “Genocide in the Congo” and leader of the New York City-based Congo Coalition, says that many policy makers in the U.S. have backed the lobby pushing to fold the mineral and natural gas rich Kivu Provinces into Rwanda.

Professor Yaa Lengi: These provinces have been occupied by Rwanda since the invasions of 1996 and 1998 and, as Herman Cohen wrote in the Washington Post in 2003 and in the New York Times in 2008, these two Congolese provinces’ economies have been integrated 100 percent into the economy of Rwanda, meaning that Rwanda controls these two provinces 100 percent.

Since Bill Clinton’s administration continued on even under Bush and now under Obama’s administration, Rwanda still occupies those two provinces, controls them. Bill Clinton, with the mining companies backing him, has given carte blanche to Paul Kagame and Rwanda and that control of the Eastern Congo continues.

KPFA: Professor Lengi says, however, that 15 years of aggression have only strengthened the resolve of Congolese people in the Kivus not to become part of Rwanda: 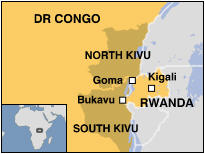 KPFA: The Kivu provinces are mineral rich, most famously in coltan − a mineral found in cell phones and other electronic gadgetry − but also in cassiterite, whose common name is tin, and in other minerals essential to military industrial technology. Lake Kivu, on the border of Rwanda and Eastern Congo’s South Kivu province, has huge stores of natural gas claimed by Rwanda − although the dangers of extracting it are shared by Rwandans on its eastern shores and Congolese on its western shores.