I came into contact with Madam T’s music first through Facebook, although we both live in Oakland. I was impressed with her business sense off of the mic: sound, production, lyricism, marketing and her street hardened demeanor in her music. I brought her on the Block Report Music Show – every Friday midnight-2 a.m. on KPFA 94.1FM in Northern Cali – and the callers loved her.

One of the things that I saw in her was the possibility of the Bay Area rap scene having a Queenpin on the same level as Too Short, Keak Da Sneak, E-40, The Jacka and San Quinn. If Madam T can continue to make music on a consistent basis, you may be witnessing the throning of a female rap boss from the Bay’s indie scene. Check out this exclusive Q&A wit’ Madam T.

Madam T: Many people are responsible for me becoming a recording artist. I wrote my first rap when I was 11 or 12. Everyone I spit it for said I was really good. So I kept writing. I got into some trouble as a teenager and ended up spending some time locked up. While I was in there, all the staff and the other inmates used to tell me I could be a star. I got out and pursued it. I recorded my first real song at the age of 19: “Are You Ready.” It slaps, still one of my favorites.

M.O.I. JR: Can you tell us about your new album, “Yes Her Do”? What does it sound like lyrically? And who did the production?

Madam T: “Yes Her Do” is me showing off a little bit of everything I can do. It’s a combination of songs for the hood, deep songs that even reach a spiritual level, love songs, club songs etc. I want people to feel like they know me after they listen to the whole album. I had done projects with other artists before, but this is my first solo project. It’s my baby and I’m proud of it.

Most of the beats on “Yes Her Do” were done by a super talented young producer out of Roanoke, Va., Nino Swag. The tracks “Yes Her Do” and “Bordello” off the album were produced by a team called Beatzzeria out of Detroit.

M.O.I. JR: How did you develop your “hardness”? You definitely not on some soft shit.

Madam T: Well, I guess I’ll have to keep it real and say life gave me my hardness. I’ve been through a lot. I’m from SF – the real concrete jungle. I’ve been locked up. I’ve been back stabbed. I don’t really trust many people. I’m a female that makes her living doing what mostly only men do. It’s been tough. And I’ve made it through, so I’m tough too. I definitely vent and share my stories and feelings through my music. They do say, “Go HARD or go home,” right? It’s safe to say I haven’t been to the house in a while then.

M.O.I. JR: How have people responded to your album?

Madam T: People LOVE the album. I’ve been overwhelmed with compliments. It’s been a struggle not to get a big head, to tell the truth. But I’m just taking the positive response as a sign that I’m ready. I’m finally getting recognized for all the hard work I’ve put into my music and this is just the beginning. 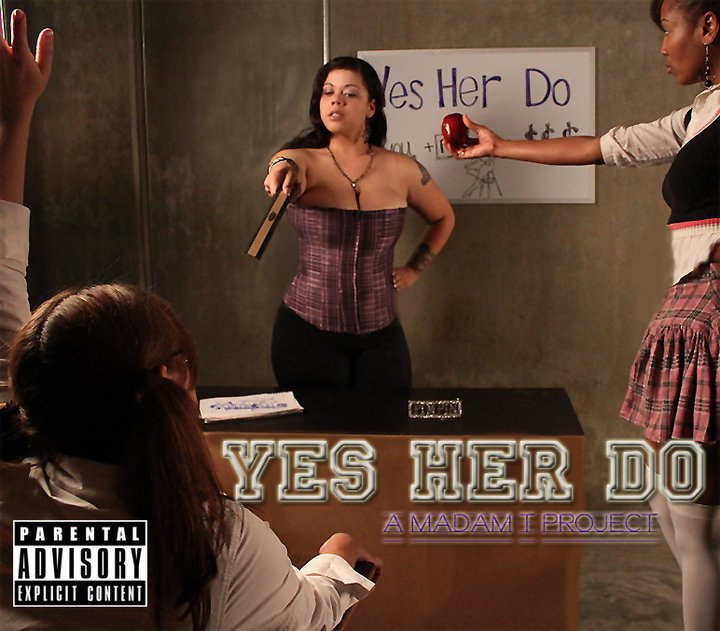 M.O.I. JR: Can you tell us about the other artists that you work with? Are they signed to you or do you manage them? How did you pick to work with them?

Madam T: Well, I own my own studio – One Stop Studioz, Oakland, Calif. – and I engineer for a lot of Bay Area artists. When I see a “star in the making” come in, I go out of my way to show love and collab. I do my best to make sure that other raw talent isn’t getting slept on the way I have in the past. I’ve grown close with a few of my fellow artists: An-G-Mac, Cadillac D of Wolf Gang, Fredy Mac of Wolf Gang etc. We’re on some “whoever gets in first” type shit.

M.O.I. JR: Tell us about your studio that you operate? What kind of equipment do you work with and what do you charge?

Madam T: I have ProTools available but, unlike most studios, I don’t prefer to work with it. I usually use CoolEdit Pro. I use top of the line microphones always, because I believe that is where quality music starts. If you have a crappy mic, you’re gonna have crappy music. I charge $25 per hour, but I also have block package deals available. I don’t make beats myself, but I am in collaboration with Nino Swag and we have catalogs of beats for lease or sale.

Madam T: I want people to remember me for being the best at what I did and making it to the top without changing a thing about myself. I want to be known for being 100 percent REAL. What you see is what you hear, is what you get. I also want to finish putting the Bay on the map.

Madam T: They can stay up on all my latest at www.youtube.com/YesHerDo. My webshow, Madam T tv, is up there as well as music videos etc. Like me on Facebook, search “Madam T.” Follow me on Twitter @YesHerDo.

Internet radio is on the rise: an interview wit’ Streets Is Talking founder Leon Dynastee