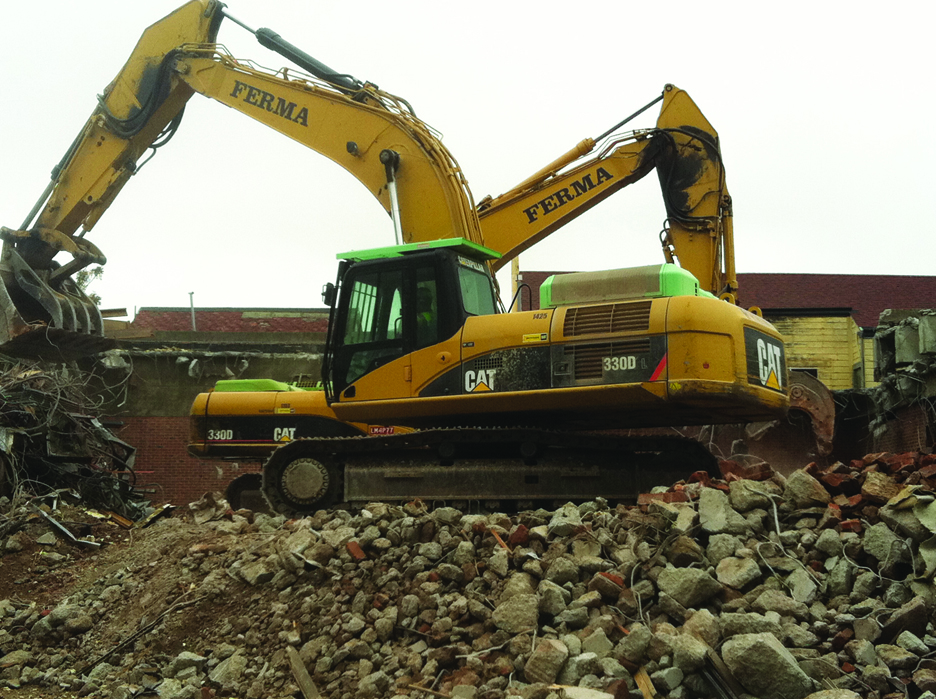 On the corner of Third and Revere, where the Bayview Library used to be, nothing is left but bare ground. One of the few places in the neighborhood where youngsters felt safe and enriched and everyone was welcome is gone.

If the City had allowed the low bidder to build the new library, it would have been at least halfway to completion by now. The youngsters who love the library would be watching their parents and older brothers and sisters build a beautiful new library for them to return to in a matter of months.

Liberty Builders, my general contracting company, was that low bidder. If you’ve been reading the Bay View for at least a year, you know that the City awarded the contract, I signed and returned it, and then the City snatched it back. Their flimsy excuse was that my insurance broker was a day late submitting a certificate proving I had auto insurance, even though I’d given the City a certificate for that same auto insurance policy over four months earlier.

On Aug. 18, a library activist friend called and suggested I check out the agenda for the Library Commission meeting later that afternoon. Item 2 on the agenda was described like this: “Branch Library Improvement Program Budget Transfers Action (Discussion and possible action to increase BLIP program reserve through transfer of Visitacion Valley Infrastructure fund revenue; and transfer of funds from program reserve to increase Bayview Branch Library Project budget).”

They weren’t talking about transferring a little bit of money; no, the Library Commission that day approved a transfer of $1.7 million. On top of the $310,000 extra the City is unnecessarily paying KCK Builders, the second low bidder – that’s how much higher his bid was than Liberty Builders’ bid – the “progressive” City of San Francisco is paying a total of over $2 million more taxpayers’ dollars for choosing to put a white contractor in charge of building the new library instead of sticking with the low bidder, a Black contractor.

I went to the Library Commission meeting that day, and Claude Carpenter went with me, even though he was recovering from surgery. Claude was the first president of the African American Contractors of San Francisco, and I was the second. He knows and I know and you know the good that an infusion of construction jobs would do for this community. That’s why I bid to build the new Bayview Library.

Construction workers make good money, enough to support an extended family, and a Black contractor who cares about the community will be happy to hire you even if you’ve been locked up, as so many have these days. The trouble is that because of hostility from City Hall, the number of licensed Black contractors in shape to bid City work can be counted on one hand with a few fingers left over. 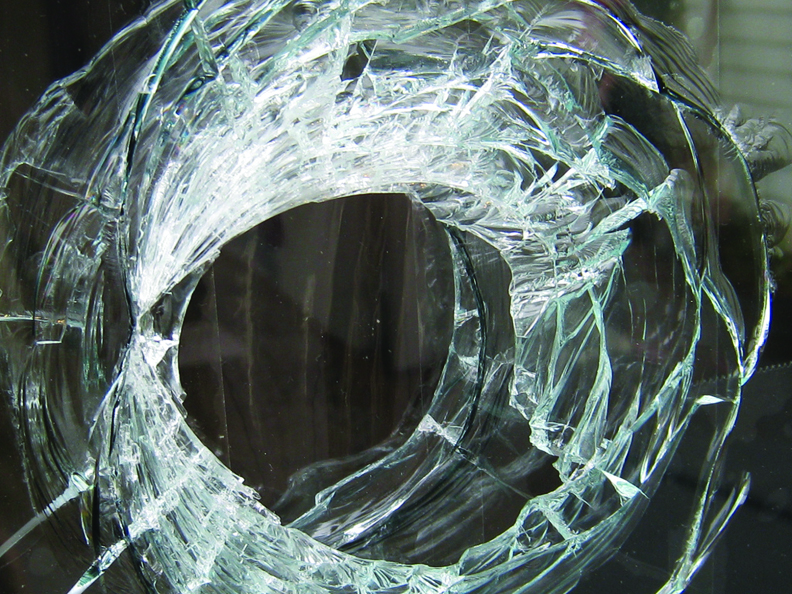 We told the Library Commission that they could save that $1.7 million to buy more books and keep the library open more hours if the City would sit down with me and Claude and others in the community with decades of experience hiring our own people and work out a way to get construction of the new Bayview Library back on track. Today, as you can see whenever you pass Third and Revere, our beloved library is nothing but a vacant lot.

Ho hum, who cares? The long struggle for construction work by Blacks in Bayview Hunters Point – that was the other demand besides an end to police violence that kicked off the world famous Hunters Point rebellion 45 years ago, on Sept. 27, 1966 – has been a snoozer at City Hall among the powers that be. But it’s not any more.

This morning, the struggle over the Bayview Library literally woke people up all over San Francisco when it was the main story on the front page of today’s San Francisco Chronicle. I applaud the Chronicle for taking the issue on, but I wish they’d told the real story. The writer, Stephanie Lee, also attended the Aug. 18 Library Commission meeting. We talked then and she called and interviewed me later by phone. Not a word I told her made its way into the story she wrote.

She wrote that the library’s price is up more than $2 million because subcontract bids are coming in way high, but she didn’t say why. Two main reasons were expressed at the meeting. White contractors complain about the workers, saying Bayview Hunters Point workers will drive up the price, implying they’re inexperienced – and that’s true for the younger folks; Blacks here have been locked out of construction since 1998 – and hinting they’re also slow, stupid and lazy.

Black contractors know the truth – that Black construction workers are the best in the business. What Black contractors complain about is bonding and financing, saying the City won’t let them bid without it, when everybody knows that banks and bonding companies are racist to the core. Even the U.S. Supreme Court has told cities over and over again not to exclude Blacks when banks and bonding and insurance companies keep them out of the game – not due to their ability but due to their color.

I’ve spent a lifetime – and so have Claude and other veterans of the struggle – figuring out how to put our people to work in spite of all that. I would have used those techniques if the City had let the low bidder – Liberty Builders – build the library. And it’s not too late. I’m waiting for a call from Mayor Ed Lee inviting us to the table to work out a plan using contractors and workers who live here to build the library our children are waiting for.

And I know that when one of our two favorite candidates for mayor – we’re endorsing Public Defender Jeff Adachi first and Supervisor John Avalos second – replaces Ed Lee, we’ll really put our people to work, not only on the library but year ‘round, year after year.

Mike Hannegan of KCK Builders, who was given the Bayview Library contract almost immediately after the City snatched it back from me, even though his bid was $310,000 higher than mine, has no idea how to put our local Black contractors and workers to work. He’s not even from here.

The Chronicle story claims that KCK is “a company in the Bayview,” but I went to visit Mike shortly after the City gave him the contract last November. I went to the address on Egbert that he’d given the City.

What I found was another company’s office suite. The owner showed me Mike’s office: a room that was almost empty except for a desk and chair.

I agree with one person quoted by the Chronicle: Library Commissioner Larry Kane said regarding the extra $1.7 million, “Obviously, I would prefer not to have that money spent, to keep that money for hours and librarians and library services.” So would I, and so would you no doubt. 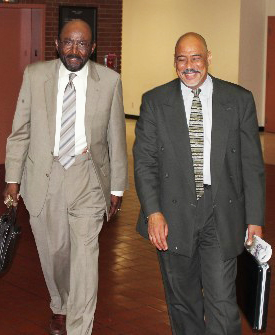 The Chronicle reports, “So far, 10 of the 27 subcontracts are set to be awarded to Bayview companies.” Bayview companies, hmm. This is the “low rent district” for office and warehouse space, and non-Black contractors are flocking to it. But a Bayview Hunters Point address doesn’t guarantee a commitment to the people who live here.

If it’s any comfort, we in San Francisco are not alone. Blacks are fighting City Hall in other cities to put their people to work. Our old friend Eric Vickers in St. Louis, a lawyer who’s nationally known for fighting to stop the now nationwide lockout of Blacks from construction, made the news this week in a local Black paper, the Rivercity Examiner.

He and Dr. William Mason, president of the Metro East Black Contractors Organization (MEBCO), want to shut down the Mississippi River Bridge construction. When the agency in charge, the Illinois Department of Transportation (IDOT) wanted to meet anywhere but East St. Louis, the Rivercity Examiner wrote:

“What IDOT obviously didn’t realize was that their refusal to meet in the very city of the citizens that they were depriving of opportunity further showed their racist perspective on Blacks. It was a continuation of their discriminatory principles and practices. They could make the arrangements for Whites, by the truckloads, to go into East St. Louis (a city which is 99.5% Black) to work on the bridge project and take the money back to their White communities, but they certainly couldn’t participate in a meeting to discuss the depth of the outrage of the Blacks who were affected by the deprivation.”

They’re fighting discrimination on the multi-million dollar renovation of the local library too. The Rivercity Examiner made a video that’ll make your blood boil. Watch it below. It shows 97 workers walking onto the worksite one morning with their big lunch boxes – so they won’t have to spend their money at a Black restaurant – and guess what? Every one is white.

If we don’t intervene soon, that could be the sight that we and our children will see live every day that the new Bayview Library is under construction – if it ever gets started – for the next year and a half. Sounds a lot like the five years we were locked out of building the light rail, the one the T-train runs on, the one Kenneth Harding was exiting when a couple of cops asked for his transfer as proof he’d paid his fare.

He ran, they shot him, he died … just like Matthew “Peanut” Johnson 45 years ago this month, whose police murder sparked the 1966 Hunters Point rebellion – or riot – that made headlines around the world and showed the world that Bayview Hunters Point is one fierce neighborhood.

This time, let’s settle our differences with City Hall at the negotiating table. Mayor Ed Lee, we’re waiting for your call.