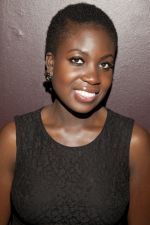 The riots that started last Saturday night were completely unexpected, but they could have still been anticipated by everyone from the community to police. The fact that a man, Mark Duggan, was shot by police was always going to be a provocative issue, but this was amplified by the fact it took place in Tottenham – a place that has a fairly murky history with the police and authority in general – and the fact that the man was Black.

Tottenham has seen riots on the Broadwater Farm Estate which erupted because an elderly woman, Cynthia Jarrett, died during a police raid. Young men across the borough sought revenge for this, which resulted in the death of Police Constable Keith Blakelock.

Even though this happened nearly 26 years ago, the division between the community and police, not only in this area but all across London, is still evident today. So the reason the riots started was valid. To the naked eye it seems another Black man had been killed by police. Add this to the approximately 330 that have been killed in police custody – of all races – over the past 10 years without a police officer ever being convicted.

This year alone there have been two high profile cases of Black men who have died in police custody – Smiley Culture and Kingsley Burrell – both without explanation. The families in question are angry about this and rightly so. The Independent Police Complaints Commission isn’t forthcoming with answers into why this happened, as is the case with Mark Duggan.

Duggan’s family waited at the police station for hours on Saturday for an answer to why he died. None was given. Grief turned into frustration, which turned into anger and Tottenham erupted yet again.

The chaos that occurred over the next few nights is the part of the story the mainstream media concentrates on. Elements of opportunism, misunderstanding and criminality were added to the genuine struggle and plight. Hundreds of people – Black, white, Asian, rich, poor and in-between – took to the streets to wreak havoc. This has allowed the government to focus on the resulting chaos and ignore the original cause of what began as, and may still be classified as, a rebellion.

The looting, arson and violence that followed cannot, of course, be completely attributed to the name of Mark Duggan. Some people who were out there did it in their own name, for their own sake. But we cannot allow singular players who make a mockery of the movement – and who are the only people who the media deems fit to expose to the public – to silence the message of plight.

The majority of media sources tell the story of a generation who are lost, who have no direction, proper “home-training,” who hanker after money and possessions and are devoid of aspiration, but they fail to tell identify the reasoning behind all of that.

We’ve got kids bringing up kids, trapped in council estates [roughly equivalent to public housing in the U.S.] that can simply be described as ghettos, who have no hope of getting up any time soon. I heard a story today of a mother who shot her son when she found out he had been looting. If that’s how your mother treats you, what chance have you got in life? But what is the route of this social dynamic? That is the question that needs to be asked.

Kids as young as 11 were looting shops for trainers [sneakers]. They see what others have and forget that that person may have worked a 15-hour day to get it. All they see is what they don’t have and that creates division. The reality is that, the majority of the time, they are barred from ever accessing the things that they want and this is what people forget to consider.

The underlying sentiment of these young people is that society doesn’t respect them so they shouldn’t respect society and that’s a very sad state of affairs, one that must be changed.

Make no mistake, this wasn’t just young Black boys rioting as many initially liked to believe. There were middle-class white girls caught up in the mix. Sixty percent of people arrested in one London borough were white. What organizations like the right wing group, the English Defense League – who have organized vigilante groups to patrol the streets – and many Daily Mail readers don’t understand is that this is a class issue, not a race issue.

Until we start addressing it as such we are going to be stuck in this vicious cycle of throwing money at the problem ‘til there’s none left and then hoping it will go away. In the current climate, clouded by the austerity budget, throwing money at the problem means increased funding designed to allow for apprehension and imprisonment of “wrongdoers” which serves to further oppress the ghettos, rather than using money to uplift the societies of the underclass.

Today [Aug. 12], an uneasy calm has descended on London. Being out after 8 p.m. doesn’t have the same threat of violence or carry the acrid smell of burning businesses as the past few nights have, but you can’t help but feel that more is to come. This is why people need to start addressing the questions of why our youth are angry and start coming up with the answers, fast.

Say a little prayer for us. I feel like we’re going to need it.

Afua Adom is the features editor of the only Black magazine in the U.K., “Pride.” Afua may be contacted at afua@pridemagazine.com.