Los Angeles – Activists and concerned residents of South Los Angeles are calling for the dropping of charges against Dhanifu Karim-Bey who is scheduled to appear in a Norwalk courtroom on Friday, Aug. 5, at 8 a.m.

Karim-Bey, a co-founder of the Coalition Against Police Brutality, a member of the Southern California Black Panther Party and a counselor for at-risk youth, alleges the car he was driving was illegally stopped by Los Angeles County Sheriffs in Norwalk. He was charged with possession of an unloaded weapon and is being charged by the District Attorney with a felony and a Third Strike. Karim-Bey could be sentenced to 25 years to life if he is found guilty.

His supporters maintain he was singled out for his activist work with youth in the community and that the charges should be dropped.

According to Karim-Bey’s attorney, Kwaku Duren, “His convictions are over 20 years old and there is some question about the actual character and status of the charged priors. … We intend to challenge the use of these priors … His case is a classic example of racial profiling and should be opposed by anyone concerned about the abuses of police authority,” said Duren.

The community is asked to attend Karim-Bey’s court appearance on Aug. 5, at 8 a.m. at the Norwalk County District Court in Department J, 12720 Norwalk Blvd., Norwalk. 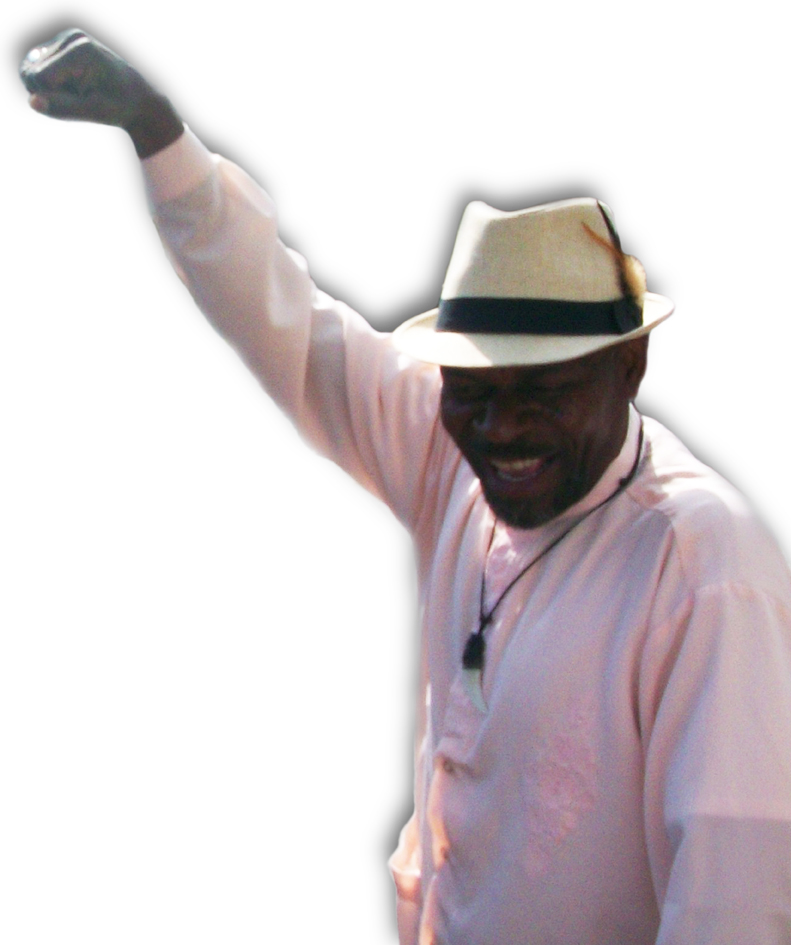 Dhanifu Karim Bey is an elder in Los Angeles’ conscious community who is also widely known all over Southern California because of his many years of work as a Los Angeles Unified School teacher where he mentored generations of young people and inspired them to educate themselves further than what their curriculum had planned for them.

Now this man, in his senior years, is being forced to fight for his life unjustifiably in court in a case where he should not have been pulled over, let alone fighting a three strikes case. This is reminiscent of and similar to the San Francisco 8 case in the Bay Area that included eight former Black Panthers being charged in a murder from decades ago. It was eventually dropped in most of the defendant’s cases due to lack of evidence.

There will be a mass mobilization of support gathering for his Aug. 5 court date in Los Angeles. You can call Ali El at (323) 247-0290 any time before 8 p.m. for more information. Now check out this exclusive Q&A with his lawyer, Kwaku Duren, Esq.

M.O.I. JR: Can you tell us a little bit about the character of your client, Dhanifu Bey?

Kwaku: I’ve known Dhanifu for over 30 years, having met him during the reorganization of the South Carolina chapter of the Black Panther Party in the late ‘70s. I consider him a comrade and friend who has remained steadfast in his beliefs and practices as a conscious Afro-descendant residing in the U.S. Surviving these many years is a testament to his character and his beliefs.

M.O.I. JR: Can you tell us a little bit about the case he is fighting?

Kwaku: The case is about a pre-textual and unconstitutional traffic stop, unlawful detention and unconstitutional search and seizure of an unloaded gun found in a backpack inside the vehicle driven by Dhanifu. We hope and intend to file a motion to suppress the “evidence” based on the unlawful stop and search.

M.O.I. JR: How has the three strikes law affected the Black community since it was put into law?

Kwaku: The three strikes law has resulted in a disproportionate imprisonment of Afro-descendant males living in California. It certainly has a disparate impact on young Blacks.

Kwaku: His convictions are over 20 years old and there is some question about the actual character and status of the charged “priors.”

M.O.I. JR: Why should the community support Dhanifu Bey in this case?

Kwaku: We intend to challenge the use of these priors if our motion to suppress is denied. His case is a classic example of racial profiling and should be opposed by anyone concerned about the abuses of police authority.

Kwaku: The defense basically requested a small retainer. Any three strikes case would be charged in the amount between $15,000 and 25,000 by the average criminal defense lawyer. Dhanifu’s defense attorneys have received considerably less than that amount. So any funds that can be raised in trying the case if we have to have a jury trial would be much appreciated. People can help by donating money to his defense and or attending court to show support from the community.