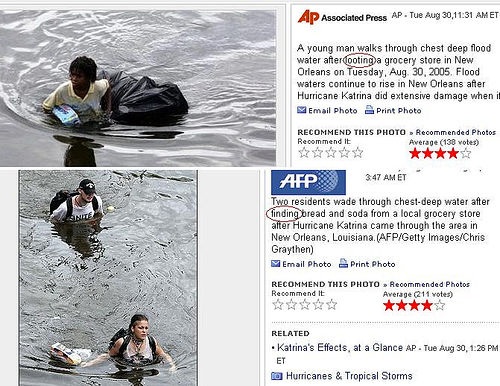 Since the beginning of the seizure of police stations and army depots by the “peaceful” protesters in Libya, Africa, in February, who were then armed to the teeth and terrorized the population of many cities in Libya, the British government has supported them, calling them “rebels,” and even in the last few days recognize them as the “official government of Libya.”

More than that, the British government, against all laws and moral norms, has been conducting a non-stop bombing of Libyan cities since March 20 and continues to drop dozens of bombs each day from high up in the sky, while the U.S. fires missiles from remote controlled drones flown by computer operator cowards in the U.S.A.

Tens of thousands of Libyan civilians and defense personnel have been killed by the British regime and already millions have been affected by the destruction the British government has carried out on peaceful and democratic Libya, which was, before the destruction, Africa’s most wealthy and safe place and the world’s most pure democracy.

The BBC was reporting false rumors which appeared on Twitter even though Twitter was already blocked in Libya, and the BBC knew very well that it was spreading lies. The BBC is the propaganda arm of the British government. Now the British regime wants to block and close Twitter accounts in England for “spreading rumors.”

In reality, what the British regime – headed by the Queen of England – wants to do, is to silence any news getting out about the heroic actions of the young people across England who have taken to the streets to smash the hated symbols of capitalism and to help themselves to what is rightfully theirs.

Let us not forget that when Hurricane Katrina hit the United States of America, New Orleans – a mostly Black city – was destroyed. When Black people helped themselves to the supermarket produce because they needed to survive and the supermarkets had closed down and no one was there to serve them, they were called looters and they were shot on site by the armed police forces of the U.S. regime.

When white people did the same thing, with the same photos appearing on TV across the world of whites leaving the supermarkets with their arms full of food and other products that they could exchange for survival, the TV networks said those are “survivors doing what it takes to survive” and they were not shot at by police.

So we should not tolerate any criticism at all of the young heroes in England who are not “looters” but liberators. Is it their fault they have been denied democracy and that the so-called United Kingdom, in reality a Disunited Queen-dom – so as to hide the real number one criminal of England, the Queen – is it their fault it is a dictatorship?

Is it their fault that they are given no chance to survive, no jobs, no facilities, but are always having to queue up to pay the little money they have for goods which are forced upon them by the big capitalists who are all the companies owned by the Queen? You may think the banks and supermarkets are independent, but trace their history and their layered ownership. They belong to the Queen and not the people.

So-called upright citizens are all too ready to praise the police and condemn the “rioters” and “looters” when in fact, they should be praised. They are destroying a system that has lost any and all legitimacy. The Queen must step down and go into exile or face charges for crimes against humanity. The same for Cameron and Hague, who have lost all legitimacy, as they are a dictatorship and not a democracy: No one voted for them other than a tiny minority of the electorate.

None of those on the streets who are destroying the Queen’s businesses and driving back her terrorist police forces and soon the British army – with reports already reaching Mathaba from social media networks of the British Air Force taking part in operations against the people and even bombing in some areas – voted for Cameron or for the government to rule over them on behalf of the Queen.

They have not had an education, they have not had work, they have not even been allowed to read “The Green Book.” So we cannot blame them for making a few mistakes along the way by making a mess of some businesses which were perhaps on the side of the people – how are they to know? They are not allowed to communicate freely to share the proper coordinates of which places to attack and which not, because the British loyalist forces are censoring their communications.

They don’t know about the social media networks of Mathaba and they don’t know that they can publish the real news at pub.mathaba.net because the Guardian newspaper has censored all mention of Mathaba as have all other British press for the past 11 years, so it is not their fault that they attack the wrong places occasionally.

If their oppressors can claim collateral damage, why can’t they? On the other hand, the police are not there to protect human lives but only to protect the property of the Queen first, the property of capitalist businesses second and little old ladies only third – but for which they have no resources as they are too busy upholding the dictatorship of the Queen and her puppet government.

All forces of the dictatorship, from the police who started the uprising by shooting dead a young Black man in front of Mathaba in Tottenham to the BBC and Guardian newspapers and others which are mouthpieces for the criminal elites that run England, are all legitimate targets of the people’s anger.

It is only the fault of the Green Charter Movement that there are no revolutionary committees active among the youth to direct them to the correct targets and to the correct methods, namely the formation of People’s Conferences so they can take power peacefully and put an end to the terrorism, destruction and lies carried out in the world by the Queen, British military, police and media. Get active and change that, register at pub.mathaba.net and post articles that can reach the youth of England so that they know that they have a voice at Mathaba.

This story originally appeared at http://www.mathaba.net/news/?x=627959.