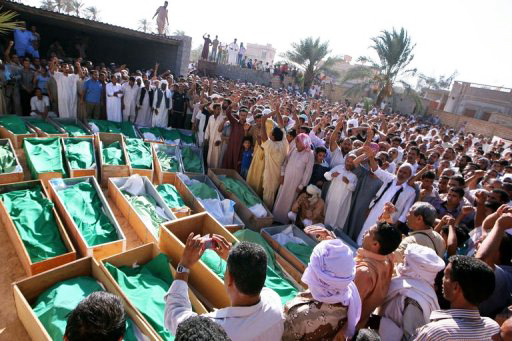 Majer, Libya – Every Muslim and Christian Palestinian refugee in Lebanon and every Lebanese citizen whose family members or loved ones were slaughtered during Israel’s two massacres at Qana, Lebanon, is reminded today of the indescribable loss suffered Monday, Aug. 8, by their Libyan sisters and brothers at Majer, Libya.

The Majer massacre was perpetrated yet again with American weapons, gifted once more by American taxpayers without their knowledge or consent and against every American humanitarian value shared by all people of good will.

Located about 20 miles east of the ancient Roman city of Leptis Magna, six miles south of Zliten and off Libya’s southern coast across the Mediterranean “pond” from Rome, Majer was a picturesque village known for the fine quality of its dates and is claimed by locals to produce the best tarbuni – date juice – in Libya. 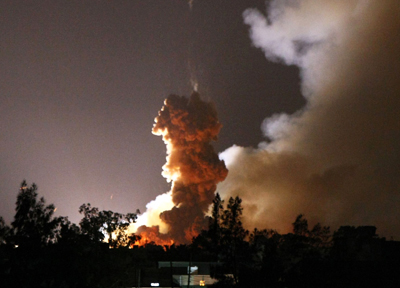 Family members, eyewitnesses and Libyan government officials claim that NATO’s air strikes at Majer killed 85 people, including 33 children, 32 women and 20 men. Reporters and visitors were shown 30 of the bodies in a local morgue, including a mother and two children. Officials and residents explained that approximately 50 bodies were taken to other locations for family burial and most of the injured rushed to hospitals at Tripoli.

At Majer, NATO chose to bomb three neighboring compounds and visitors examined a total of five bombed-out houses. There was no evidence of weapons at the farmhouses, but rather mattresses, clothes and books littered the area. One badly injured 15-year-old young lady, Salwa Ageil Al Jaoud, had earlier written her name inside one notebook found amidst the rubble. She was later visited in hospital and attested, like the witnesses at Qana had, that there was no military presence in the homes that were bombed.

NATO used the same tactic that Israel used during the two Qana massacres. After the first three bombs dropped at around 11 p.m. – 9 p.m. GMT – on Monday, many residents of the area ran to the bombed houses to try to save their loved ones. NATO then instantly struck with more bombs slaughtering 85 Libyans.

The badly burned and mangled bodies of two boys named Adil Moayed Gafes and Aynan Gafees were pulled from the rubble by family members deeply in shock. One anguished gentleman repeated the words, “There is no God but Allah and a martyr is loved by Allah,” and soon others joined in.

Standing on a pile of rubble, Libyan government spokesman, Moussa Ibrahim, declared with obvious pain: “This is a crime beyond imagination. Everything about this place is civilian!”

According to Libyan officials interviewed at the Rixos Hotel here in Tripoli last night, NATO attacked Majer “to try to help rebel fighters enter the government-held city from the south as it deepens its involvement and military command and control of one side in what has become a civil war hoping for billions of dollars in reconstruction contracts and special oil deals from its chosen team set up in eastern Libya.”

Seemingly borrowing a page from the Israeli army media office, NATO’s Carmen Romero, the NATO deputy spokesperson, and Col. Roland Lavoie, Operation “Unified Protector” military spokesperson, on Aug. 9 told a joint Brussels-Naples news conference that “the village bombed contained a military assembly area and NATO, to date, has no evidence of any civilian casualties but always takes extraordinary measures to assure the safety of civilians.”

It is predictable that, as the evidence of the massacre at Majer becomes public and NATO is pressed to explain the killing of yet more Libya civilians, NATO – probably within the next 48 hours – will announce “an internal investigation” into the events at Majer while asserting in advance, as the Israelis regularly do, that their bombing was only directed at “legitimate military targets.”

As at Qana, the inventory of American weapons that has been provided to NATO and available for use here in Libya since March 29, 2011, sometimes indiscriminately, in order “to protect civilians” includes, but is not limited to, the following:

• B-2 stealth bombers from the 509th Bomb Wing at Whiteman Air Force Base.

• F-15Es currently based at the 492nd and 494th Fighter Squadrons at RAF Lakenheath, Britain.

• F-16CJ “defense-suppression” aircraft based at the 480th Fighter Squadron at Spangdahlem Air Base, Germany.

• C-130Js recently based at the 37th Airlift Squadron at Ramstein Air Base, Germany.

U.S. Navy ships being used by NATO “to protect Libyan civilians” include:

• MV-22 Osprey tilt-rotor aircraft aboard the Kearsarge and Ponce.

• EA-18G Growler electronic attack aircraft of VAQ-132, based at Whidbey Island, Wash., and flying from Aviano Air Base, Italy.

The above listed aircraft were diverted from Iraq at NATO’s request “to help protect Libyan civilians.” 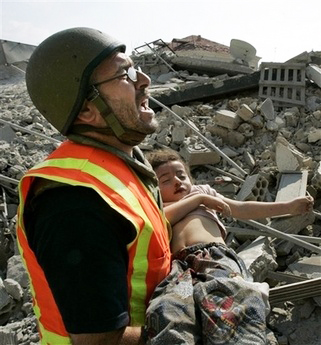 In addition to the above listed weapons, more than 50 types of American bombs and missiles are stockpiled for NATO use “to protect civilians in Libya” and their use to date is illegal under both American and international law, because it has resulted in the killing, maiming or wounding of approximately 7,800 Libyan civilians between March 29 and Aug. 9, 2011.

Specifically, NATO stands accused of committing the following crimes against the people of Libya according to a consensus from meetings with an increasing number of visiting international lawyers and human rights advocates who have come here from Europe, Asia and South and North America.

Applicable international law includes, but is not limited to, Article 3 of the Statute of the Hague International Penal Court, which clearly states that one criterion for indictment for war crimes is “(a)ttack or bombardment, by whatever means, against undefended cities, towns, villages, buildings or houses.”

NATO’s continuous use of civilian targets for military purposes, a scenario which NATO wantonly and callously calls “collateral damage,” fits this clause exactly and would be a cornerstone of a case accusing this organization of being guilty of war crimes.

NATO is violating the Geneva Convention IV, Article 3 (a), which states, “To this end the following acts are and shall remain prohibited at any time and in any place whatsoever with respect to the above-mentioned persons: violence to life and person, in particular murder of all kinds.” 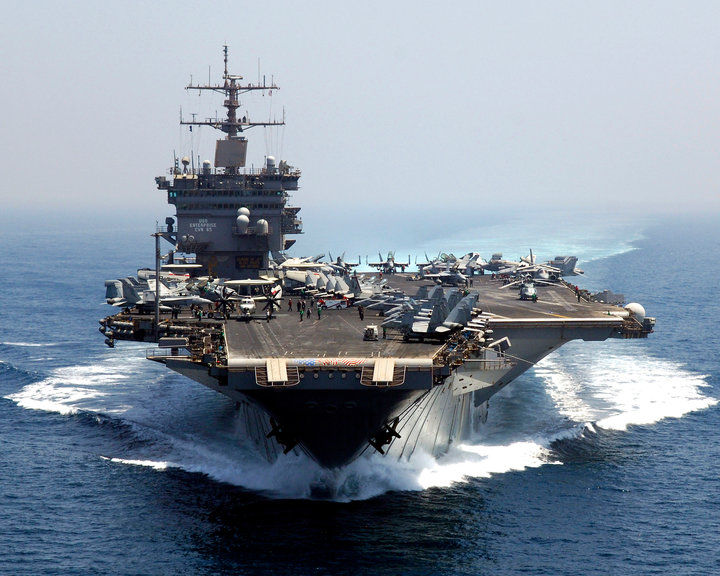 These are similar causes of action that were filed against Israeli officials by American lawyers at the New York based Center for Constitutional Rights in Ali Saadallah Belhas, et al., Plaintiffs, v. Moshe Ya`Alon, Defendant (466 F.Supp.2d 127 (2006)) – a case that educated the international legal community and the public about the necessity to strip sovereign immunity from international outlaws and allow lawsuits in domestic as well as international courts.

The NATO massacre at Majer requires international lawsuits that achieve nothing less.

Franklin Lamb, author of “The Price We Pay: A Quarter-Century of Israel’s Use of American Weapons Against Civilians in Lebanon,” is doing research in Libya. He can be reached at fplamb@gmail.com. He asks readers to sign the petition at http://www.petitiononline.com/ssfpcrc/petition.html.This story first appeared on Al-Manar, the website of the Lebanese Communications Group, and Uprooted Palestinians.