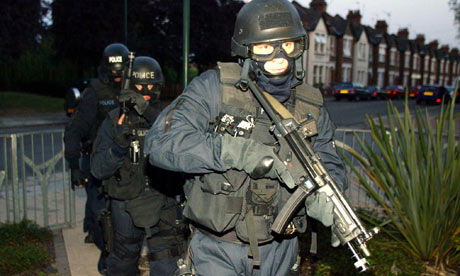 By now, everyone in the U.K. is aware of the rebellion that is taking place throughout England. Most of us have read about it or watched media coverage and have been encouraged to condemn the movement as emanating from a group of mindless, opportunistic, criminal rioters.

“It is nowhere near as simple as a bunch of young Black hooded males smashing and grabbing and making the most of a bad situation,” said one young British observer. “They have no respect for authority as they feel they do not receive a mutual respect.”

“Black people don’t really get an opportunity to speak out and we are outcast from the rest of the community, which is why people have started riots,” said a 13-year-old girl from Zimbabwe who lives in London. “Martin Luther King Jr. fought for equal rights but yet we are still being seen as inferior.”

A movement with a cause spreads like wildfire, enrapturing individuals who may not have developed the political consciousness to explain their plight but can no longer contain their outrage. These individuals, without fully comprehending their cause, do not overtake a country in a rampage of wanton violence. Sure, they join in when a political movement is birthed; but it is a mistake to assume that the looting, arson and destruction taking place in England have been instigated by these individuals. 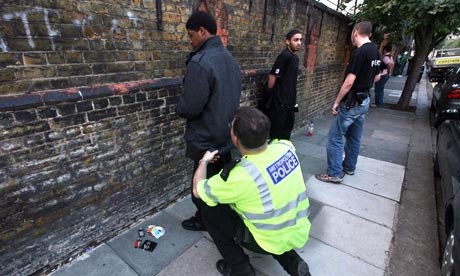 The rebellion commenced with people who have genuine sources of anger, not with “opportunistic criminals.” And while there will be plenty of time to condemn the groups of rioters who are only interested in wanton destruction, there is limited time to talk about the original cause of the anger. England has the attention of the world at this very moment, and so this is the time to talk about what caused the retaliation. What were they retaliating against?

Haringey, the borough that Tottenham – the area where the rebellion began – belongs to, suffers the fourth highest child poverty rate in London with an unemployment rate of 8.8 percent – double the national average. For each job vacancy, there are 54 people seeking work.

Severe spending cuts ordered by the coalition government threaten to bleed dry the already impoverished people in the United Kingdom.

These are a people who are often forced into poverty and hence turn to non-traditional methods of staying financially afloat. They live according to their own interpretation of survival of the fittest. The lifestyles they develop, in turn, create even greater contempt towards them from the wider British population from which they are outcast.

It is a vicious cycle of hatred and distrust between the poor communities and their more affluent neighbours. The oppressed people, delving deeper into a life of oppression, become enraged with frustration and hopelessness.

Police harassment – the most recent example found in the killing of 29-year-old Mark Duggan – acts as a catalyst inducing outrage in the psyche of those already impoverished, frustrated and ultimately fed up.

And note that Mark Duggan was not an isolated incident. Three hundred and thirty-three victims have died in police custody since 1998 in the U.K. without a single conviction of any police officer.

This is the message that people within Britain’s poor communities are attempting to send out. Give them your ear. 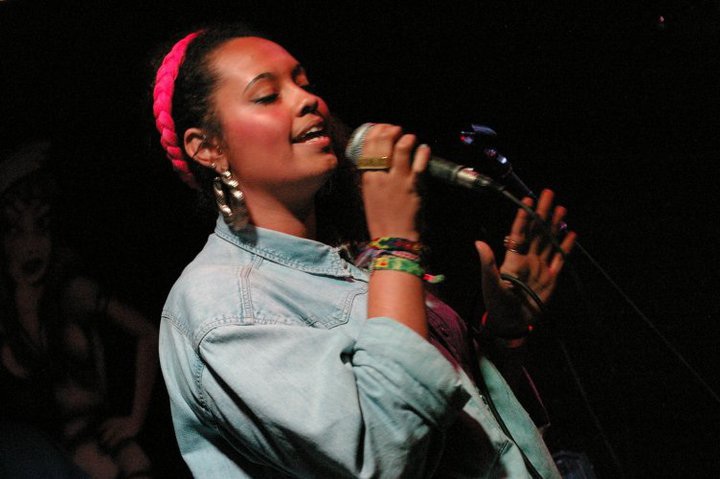 Naomi Kerr is a 24-year-old woman of mixed race, residing in the city of Glasgow, Scotland, who had the following comments in regards to the rebellion:

“I think that the riots are sending out the wrong images to the rest of the world and even people in Britain. Having visited London on numerous occasions and personally having family who live there, I have great experiences of culture during my stay. While I understand both sides to the argument – the protests – I think that the news coverage of the rioting has done absolutely nothing for the morale of the Black communities in London and the rest of Britain.

“I think the message is being received exactly as the British media and government want it to be received. People always try to find a scapegoat and someone to blame the troubles on. It is unfortunate that this time it is the Black community in London, as they have so much to offer in music, culture and family values.

“It is nowhere near as simple as a bunch of young Black hooded males smashing and grabbing and making the most of a bad situation. To me this is much bigger. I think it is sending out the message that there is great unrest and distrust between the youth – Black and non-Black – in these areas affected in London. They have no respect for authority as they feel they do not receive a mutual respect.

“While I do not condone the looting or violence or arson we have witnessed on the news coverage, I think that instead of using these events to once again write off the youth of Britain, we should look deeper and try to understand why we are witnessing such discontentment and dissatisfaction in our communities.”

Being of mixed race, Naomi is able to relate to the plight of ethnic minorities living in Britain. Hear what she has to say about prejudice in the U.K.:

“In my experience of growing up in Glasgow, I have witnessed a few racial slurs and moments of racial prejudice either in a social environment or taking public transport, for example. I don’t know whether the fact that I am of mixed heritage made it somewhat easier for me to grow up in a predominately white area of Glasgow. For example, I was the only ‘brown’ kid in my primary school and only one of three teenagers belonging to an ethnic minority in my secondary school.

“I have definitely witnessed a huge transformation with regards to the population of those of ethnic minorities in Glasgow partly due to emigration, immigration and migration.”

“From working in the nightclub scene for almost three and a half years, I have witnessed fights or racial slurs possibly induced by alcohol but more likely stemming from ignorance.

“That isn’t to say that the racial tension in Glasgow occurs mainly between Blacks and whites; there are many underlying tensions which do not always receive as much coverage in the media. For example, there are often heated discussions which can often lead to aggression between the large Pakistani and Indian communities and also between the Middle Eastern and sometimes the Turkish communities.

“From working for a popular R’n’B nightclub which naturally attracts those of ethnic minorities, I have heard of people of all ethnicities being turned away from the club or thrown out of the club and then blaming those decisions on the fact they are of an ethnic minority.

“Also, having worked in retail for number of years, I have personally been asked by security to follow someone as a suspected shoplifter, and for some time we were asked to follow people of African or Pakistani or Indian descent. Of course I expressed my unease at this request and my opinion was respected.

“If I am being completely honest, the only time I have felt to be victimised due to racial prejudice is when I have been driving my own car. When I first passed my test I found myself being pulled over for ‘routine’ checks on a regular basis, during the day and late at night. 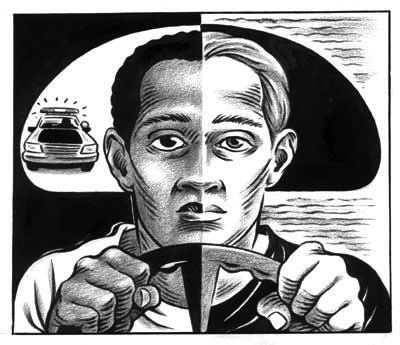 “However, last year while parked in the Govanhill area of Glasgow, I was issued three points on my license and given a £60 fine for being parked at 12:30 a.m. on a pedestrian crossing. I completely understand I was parked on a pedestrian crossing; however, it was for a maximum of five minutes and a local man said they often target people outside of a particular restaurant selling traditional Indian food and sweets.

“He said they always target the customers and sometimes even the owner of the restaurant. I personally felt I wasn’t given the chance to explain myself and felt targeted by two white policemen while in an area of Glasgow, which is populated predominantly by people of ethnic minorities.”

Thirteen-year-old Samu from Harare, Zimbabwe, who was reluctant to give her second name, lives in the London area of Sidcup. She had the following comments:

“Well, Black people don’t really get an opportunity to speak out and we are outcast from the rest of the community, which is why people have started riots. Martin Luther King Jr. fought for equal rights but yet we are still being seen as inferior.”

“I dunno if it was meant to be racist but this girl spat on the floor when she saw me and said, ‘Where is Martin Luther King when you need him,’” added 13-year-old Henrietta from Hackney.

Samu further commented: “I believe that the police are mainly targeting young Black boys when they are carrying out their stop and search system. And if the youth tries to resist, they will try and arrest him. It also occurs with other ethnic minorities as well.”

Naomi and Samu are able to touch on racial anger, part of the cause of the rebellion, in the U.K. I extend an invitation to anyone who has personal commentary on the causes of the rebellion taking place in England, whether it be about racial tension, police harassment or the economic struggle, to contact myself or Mary Ratcliff, the editor of the San Francisco Bay View, to raise awareness of our plight in the U.K. 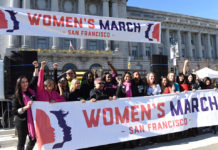