Tripoli, Aug. 20 – Since this observer is not privy to any secrets around here and would not share them if he were, it’s fair enough to engage in frank discussions with former colleagues in Congress and new cyber acquaintances who work on the Hill. 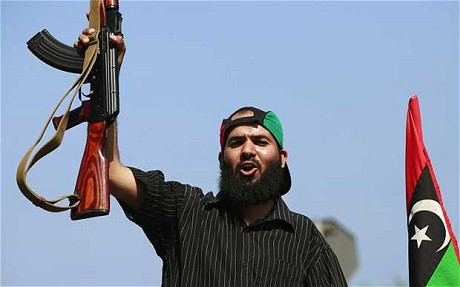 I got an earful this week from sources familiar with John Kerry’s Senate Foreign Relations Committee activities about President Obama’s semi-private views on what is happening in Libya and the president’s doubts about NATO’s role in bombing this unlucky country.

Contrary to some Washington speculation that Obama’s new Secretary of Defense Leon Panetta – some congressional staffers who know him well good naturedly refer to his as “Leon the Lite” – is in charge of overseeing NATO while Obama faces a slew of political and economic problems, the reality is different.

President Obama is said to be “hands on” and is closely following NATO’s use of “all necessary measures to protect civilians.” NATO’s bombing here, including Saturday morning’s 5 a.m. seven-bomb drop near my hotel, has become a cruel hoax for the people of Libya and all who reject the claimed right of NATO to “destroy as a necessity to save and protect.”

Unlike his two predecessors in the Oval Office and also “VP Joe,” Obama disapproves of officials using colorful language that might offend voters. But he did reportedly tell his friend who chairs the Senate Foreign Relations Committee recently, “We have stepped into a pot of shit and we need to get out of it!”

Part of Obama’s growing concern is said to be about his prospects for re-election. The Democratic National Committee sent Sen. Kerry and the White House a “for your eyes only” memo on the president’s re-election prospects amid approval ratings which continue to slide amidst economic uncertainties and doubts about the Obama stewardship generally.

According to congressional sources working on the Libya crisis, some Obama advisors see Libya as becoming another Iraq if NATO continues forbidding its rebels from negotiating with the Qaddafi government or if “the leader” is killed.

Assassinating Qaddafi is widely believed here to be the only reason NATO continues to re-bomb, some as many as five times, the so-called “command and control center” sites that these days could be just about anywhere in Tripoli.

Yesterday, at precisely noon, this observer was meeting with two officials at the Foreign Ministry. One is in charge of the American Bureau, and we were discussing a range of subjects. Suddenly, within a five-minute period, four NATO bombs exploded very loudly and close to the Foreign Ministry.

I eyed the massively thick conference table we were sitting at and even considered scrambling under it, just in case, as my interlocutors quickly exited the room, without even saying “goodbye.” They seemed surprised, maybe amused also, when they returned to continue the meeting and I was still sitting at the table reading my notes. “Have we all become NATO targets?” one asked, “Private homes, our universities, hospitals are all legitimate targets now according to NATO?”

Obama and some of his advisors like Sen. John Kerry are said to be wondering the same thing that some Libyan officials are. One staffer volunteered to me this week:

“Both the CIA and Pentagon told our committee that green lighting NATO to bomb Libya would be really quick and not even very dirty. Now it’s become a potentially endless nightmare.”

NATO insiders have advised congressional staffers recently that the apparent eternal U.S. armed “coalition of the willing” cannot afford another humiliation from its point of view, given Iraq and Afghanistan, so NATO has no plans to stop the bombing until one of three events occur. Those three in order of NATO preference are: Qaddafi is killed, Qaddafi “surrenders” or Qaddafi flees Libya.

President Obama is being advised by some members of the Foreign Relations Committee among others to “just pull NATO’s god-damned plug and get this mess behind us!”

The much-disparaged NATO weekly “Carman and Roland show,” live from Brussels and Naples, billed as “NATO’s media conferences to inform the public,” adds to the concerns of some in Washington. In a long overdue turnaround from last February, when the mainstream media here parroted those who for years had been working on toppling Qaddafi about his alleged killing of Libyans, CNN just this morning aired a downright balanced report about how NATO’s claims that it is protecting Libyan civilians are dubious and in fact the main cause of civilians being slaughtered here in NATO sorties – now nearly 20,000 with more than 8,000 bombing sites.

It appears from talking with many people here, including the media, that virtually no one but the scriptwriters for the “Carman & Roland show” believe NATO bombings have anything to do with fulfilling the original objectives of U.N. Security Council resolutions 1970 and 1973.

Carmen told reporters following her and Roland’s Aug. 16 briefing show that NATO expects no problem with an expected U.N. extension next month when NATO’s June renewal expires. She may know what she is talking about because NATO has reportedly been intensively lobbying the White House to bar Qaddafi’s government from the coming U.N. debate.

The Libyan government, which is keeping statistics on NATO-caused civilian deaths, may not even be able to present its facts to the U.N. meeting next month. The reason is because Secretary of State Clinton has refused to grant Libya’s U.N. ambassador a visa. Clinton, according to committee staffers mentioned above, plans to arrange at the last minute for the National Transitional Council to represent the views of those being bombed by NATO.

Kerry’s committee staff is fairly confident that the rebels will not oppose an extension of NATO bombing of their country. Indeed their political and financial futures depend on NATO doing just that.

Yet, the White House has been advised by committee staffers that NATO has become the main danger to civilians in Libya and that a political solution can be reached if Obama orders a ceasefire.

The president is said to be thinking about doing just that.

Franklin Lamb, author of “The Price We Pay: A Quarter-Century of Israel’s Use of American Weapons Against Civilians in Lebanon,” is doing research in Libya. He can be reached at fplamb@gmail.com. He asks readers to sign the petition at http://www.petitiononline.com/ssfpcrc/petition.html.This story first appeared on Counterpunch.

The Bay View received this email message on Aug. 21 from Paula Clariste:

“The Palestine Civil Rights Campaign-Lebanon confirms reports that Franklin Lamb was shot at approximately 11:45 a.m. on Sunday, Aug. 21, in Tripoli, Libya outside of the Corinthia Hotel where he has been staying.

“Franklin had just returned from a 90-minute bicycle tour of central Tripoli and was walking past the hotel swimming pool when he was hit in his right leg. Witnesses report having seen sniper fire coming from the roof of the Marriott Hotel across from the Corinthia.

“Franklin is basically OK. The bullet has been removed and he is resting comfortably and wishes that no one be concerned because he will be fine.

“Internet has been cut in Libya and events inside Tripoli are unclear. The PCRC will advise if events warrant.”