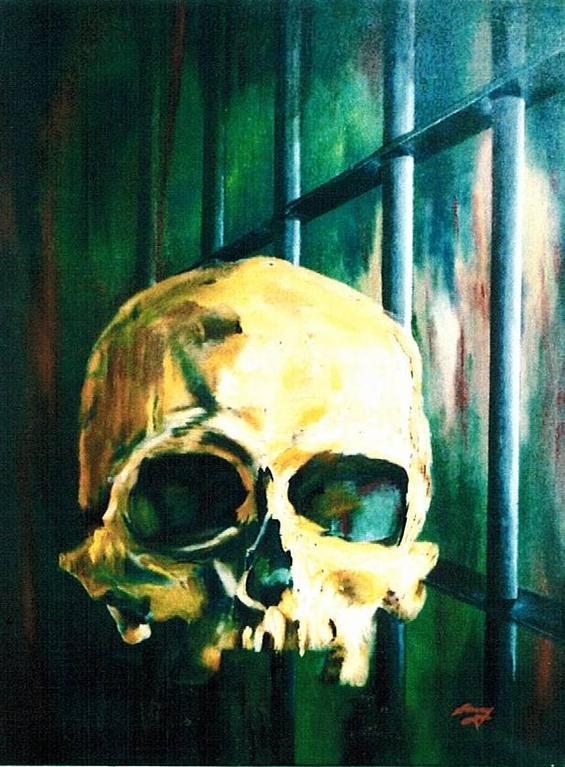 This is a glimpse into torture by any means necessary. Solitary confinement in the Pelican Bay State Prison Security Housing Unit (SHU) is a reflection of our inhumane treatment and clearly violates our constitutional rights under the First, Fifth, Eighth and 14th Amendments. Prisoners in all the solitary confinement units in the California Department of Corrections and Rehabilitation (CDCR), whether SHU or Administrative Segregation (Ad-Seg), are subjected to the same treatment: the application of human torture.

The triggering of deprivation

The objective of deprivation is not complicated: It’s to attack and impair the prisoner’s senses and perception. The weapons of deprivation cannot be effective without having in place the conditioning process to produce degeneration over a long period of time. The conditioning involves psychological, social, cultural, historical and natural phenomena that are observable.

Deprivation is cannibalistic, for even when the spirit is willing to stay the course, the flesh becomes weakened as men feed on themselves and others, eating away at human excellence. The feasting of deprivation will become more than flesh, blood or nature can endure.

Indeterminate SHU sentencing has forced individuals to choose between discontinuity or becoming inflicted with a cannibalistic nature. There are two aspects of deprivation, with psycho-physical causes and effects either way. But in order for deprivation to eat away at the targeted prisoner’s conscience, a conversion reaction must occur that breaks down the psychological defense mechanism.

Declaration on Protection from Torture

The Declaration on the Protection of All Persons from Being Subjected to Torture and Other Cruel, Inhuman or Degrading Treatment or Punishment was adopted by the United Nations General Assembly in its Resolution 3452 in December 1975. The declaration contains 12 articles, the first of which defines the term “torture” as:

“Any act by which severe pain or suffering, whether physical or mental, is intentionally inflicted by or at the instigation of a public official on a person for such purpose as obtaining from him or a third person information or confession, punishing him for an act he has committed or is suspected of having committed, or intimidating him or other persons.”

1. Medical: Honorable Judge Thelton Henderson ordered a receivership over health care in California prisons due to intentional medical neglect that leads to prisoners dying one a week in CDCR – largely after hearing horror stories from the PBSP SHU. Many of these deaths were and continue to be in solitary confinement – this is torture.

3. Mail: Prisoners’ mail is being used to create physical and psychological torment when it is being denied and withheld – this is torture.

5. No human contact: No family, friend or real meaningful social interaction with other human beings, sensory deprivation that deprives prisoners of their five senses: feeling, sight, smell, hearing and taste – this is torture.

8. Climate: Prisoners deliberately kept in freezing cold cells, a complaint which has been made for over 21 years, or burning hot cells, depending what time of the year it is – this is torture.

9. Pottie watch: A humiliating, dehumanizing and outright cruel and unusual punishment where prisoners are held in shackles and placed in the middle of a hall sitting on a real pottie as everyone walks by in transition to other places, or where you are placed in a cage with no toilet or running water and forced into a human diaper with a prison jumpsuit over the diaper while your hands are bound into a fist wrap and you’re forced to defecate three separate times during a three-day period and you can see the torment and suffering on the prisoner’s face; this is done to cause severe humiliating mental, physical and psychological torment – this is torture.

10. Family: Each validated prisoner family is deliberately harassed, intimidated and intentionally hoaxed into a false prosecution for a thoughtless crime by a Gestapo (i.e., OCS, ISU, SSU and IGI) with the intent to discourage any prisoner support and communication – this is torture.

11. Grievance: The 602 appeal process is deliberately set up at every level – 1, 2 and 3 – to not afford the prisoner any relief regardless of whether prison officials are dead wrong, clearly establishing there’s no accountability for what officials do to prisoners – this is torture.

No sane targeted prisoner can escape the deprivation that comes with long term internment in one of the many supermax solitary confinement control units across this nation. The science behind the use of deprivation has been perfected by the handlers to operate with devastating force. The wicked techniques of human torture by deprivation are used by U.S. military intelligence and their political police interrogators (PPI), from the prison OCS to the FBI or CIA.

They attempt to break down the will power of the targeted prisoners by conducting a war of attrition against the mind and body. We know there is no separation between physical torture and mental torture. Torture is two-edged and can be effective either way, towards exacting punishment or revenge. We prisoners of course know that breaking our will is the basis of long-term isolation and indeterminate solitary confinement.

The use of deprivation is to take away from the prisoners their human dimension and essence. Deprivation tampers with the senses by way of environment stimuli to the detriment of the targeted prisoners.