Jeremy Pinson is a federal prisoner in the Florence, Colo., Ad-Max (Administrative Maximum), known as the Guantanamo of the Rockies, said to be even more restrictive than the Pelican Bay SHU. 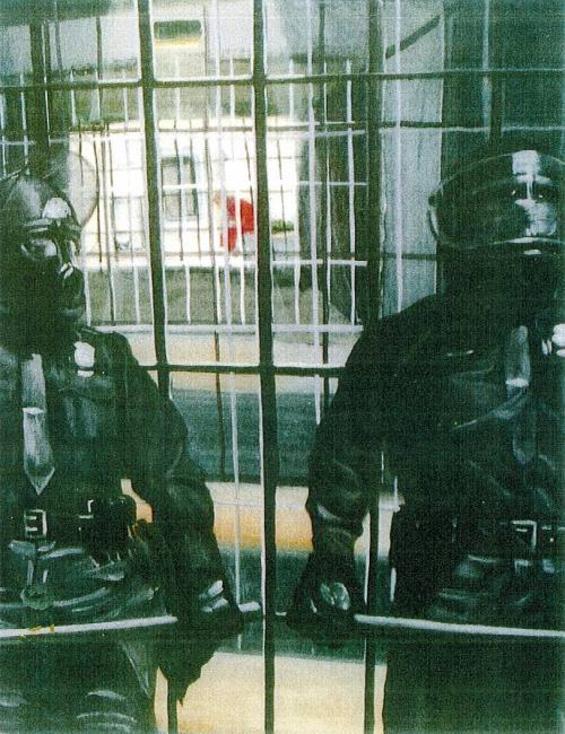 I am serving 21 years in federal prison – in solitary confinement – because I protested the Iraq War. I was a congressional aide and my speaking out against a fraudulent war and senseless killing of Arabs earned me my spot here. I will not be intimidated and silenced.

I am with the men of Pelican Bay and am calling for a federal strike to support the men in PBSP as well as all those held in such housing in all U.S. prisons. I am lucky to be helped by a superb legal team and I intend to attack this system of injustice until I am no longer living.

I hope you will report on these facts and spread the word that I and the men in the federal system are behind those in California. We support them and we will do our part to bring justice to an unjust system.

I want to let you know, as it relates to the California hunger strike, that I have put together a coalition to sue the feds on behalf of the 400 inmates housed here at the supermax in indefinite solitary confinement.

This petition, which can be signed at http://www.ipetitions.com/petition/endsmu2011/, is the work of Jeremy Pinson.

The Federal Bureau of Prisons (BOP) houses 207,000 inmates, 2,000 of whom are housed in Special Management Units. These units were created in 2008 and are located at Talladega, Ala., Florence, Colo., Oakdale, La., Lewisburg, Pa., and Allenwood, Pa.

The “SMU Program” is the subject of over 150 federal lawsuits challenging the brutal, inhumane conditions of those units resulting in one murder, one suicide, and hundreds of assaults and suicide attempts occurring in the 25 months since the program’s inception.

Prisoners are routinely beaten, sprayed with mace, restrained in chains for days, and deprived of meals, legal and religious items by federal employees with virtually no oversight or investigations into rampant corruption, misconduct and brutality.

Jailhouse lawyer Jeremy Pinson has spearheaded the litigation effort to reform the BOP’s system and end the infamous lockdown programs. His advocacy has been met with violent reprisal, harassment and retaliation to no avail. Now, in the ultimate move to silence his dissent, the government seeks to house him in the most secure prison in the U.S., the U.S. Penitentiary Administrative Maximum (Ad-Max or ADX) in the mountains of Colorado where the government routinely suppresses free speech by cutting off mail, telephone and visitation access to the media and the public.