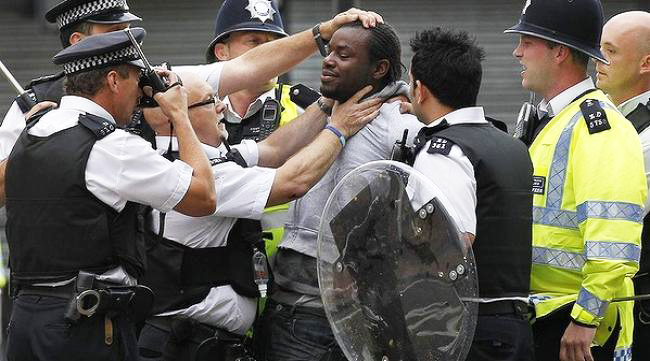 The British government is heading towards an October deadline to set out its punitive response to last month’s uprising by the people of England. In response to the four days of fiery rebellion, the U.K. is proposing punitive measures that only add to the pre-existing problems in poor communities that fueled the social unrest in the first place.

The working class and sub-working class communities of the United Kingdom, stabbed by the coalition government’s austerity cuts that serve to reduce the U.K. budget deficit, have yet more blood loss to endure, according to the Tories. Plans are in process to lynch the young English rebels and bleed them dry.

In the pipeline for “riot” response: Slashing of social benefits from those convicted and withdrawal of child maintenance or child benefits from parents who have repeatedly allowed their children to stay out late. Some U.K. councils are even toying with the idea of evicting families of convicted “rioters” from council (public) housing.

Plans are in process to lynch the English rebels and bleed them dry. Will starving the young rebels silence their revolutionary outcry?

It’s comparable to a response of withholding food from a hungry, wailing child. The psychology of conditioning results in the child associating its behavior – i.e. crying – with prolonged starvation, preventing future tears from the hungry baby. Will starving the young rebels of the U.K. silence their revolutionary outcry? 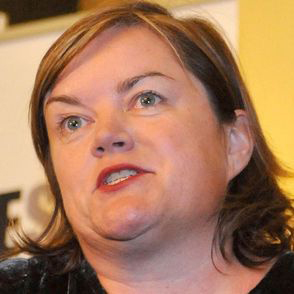 The riot response is to be led by government crime adviser Louise Casey, who is to devise a plan for the government’s intervention with families involved in the August insurrection. Instead of appointing community representatives to report on the issues to be tackled, David Cameron has elected to spend citizens’ cash on an outsider, who has yet to demonstrate an understanding of the plight of the underclass so as to decide how best to reform government policy toward poor and working class communities.

Louise Casey is infamous for her tough penalties that typically mask the deep-rooted causes of socio-political issues. Casey is the lady who was nicknamed the “homelessness tsar” upon her appointment as head of the government’s Rough Sleepers Unit, where she insisted that charities who offer hand-outs to the homeless such as soup or sleeping-bags were guilty of “misplaced goodwill” and maintaining the status quo.

That might have been sound had she suggested fundamental remedies, such as pumping money into the economy to create jobs for the homeless. But alas, it seems Casey’s alternative was simply to move the problem from the streets to the hostels (shelters), without significant rebuilding to prevent the future need for sleeping on the streets or to tackle societal re-integration of those moved into hostel beds.

In a July 6 article in the opinion section of the Guardian U.K., Casey commented, “It is often said that a hallmark of a civilised society is how it treats its most vulnerable.” She acknowledges that “most vulnerable” can be said to apply to those incarcerated, but the article itself is about victims of crime.

She displays an excellent ability to empathize with the needs of crime victims, but she’s failed to apply the same level of consciousness to victims of political injustice. With the exception of the safe-to-defend crime victims, Casey is severely unqualified to adequately represent vulnerable communities.

The government, in its “riot” response, seeks further extension of family intervention projects expounded by then Prime Minister Gordon Brown in 2009. The sort of exterior solutions proposed under the family interventions projects include the moving of families who house gang members to different communities so as to allow gang members who wish to retire from membership to leave safely. 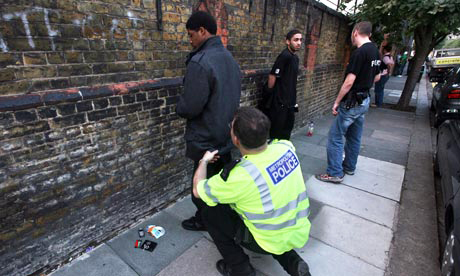 But assessing the social components that give rise to gang culture in poor communities – the closed doors to economic flourishing and decent education – is deeper than the government is willing to go. Not only are the causes ignored, the U.K. government stirs up more conflict with specific divide-and-conquer polices. In Scotland, for example, segregation of Catholic and Protestant communities is encouraged by allocating public schools and council housing blocks to either the Catholics or the Protestants exclusively, leading to instinctive survival-of-the-fittest gang culture.

David Cameron believes the August rebellion sets the way for reconsideration of community policing. But instead of putting an end to needless and intimidating stops-and-searches of Black and poor youth – an issue at the very heart of the uprising – consideration is instead being paid to U.S. cities such as Boston and New York, where police have an even greater and more oppressive community presence.

Assessing the social components that give rise to gang culture in poor communities – the closed doors to economic flourishing and decent education – is deeper than the government is willing to go.

Again, this serves to fuel the original causes for the 2011 British people’s outcry and allows the Metropolitan Police to cash in on the community’s depression and deprivation of rights and respect – cash that could have been invested into education, which has been slashed by the coalition austerity cuts that directly impact those poor communities in the U.K.

There is however some glimmer of hope for a meaningful response in the form of government consideration of a public inquiry into the cause of the riots. Labor Party leader Ed Miliband has demanded a public inquiry, allowing for a commission to go into the affected communities and ask people why the riots occurred.

However, according to the Guardian U.K., Cameron is “instinctively opposed to a further expensive public inquiry so soon after he appointed the inquiry into the future of media regulation.” Saved by Rupert Murdoch!

What the government needs to consider is the history of U.K. uprisings amongst Black and poor communities. Instead of regurgitating previous responses from the likes of Margaret Thatcher during the ‘80s riots, alter the variables that cause rebellion.

There’s no need to attack the morale of young British revolutionaries in an attempt to silence them forever, that is, until the next generation of oppressed Brits emerges to repeat history all over again.

Bay View assistant editor Natasha Reid is a writer of Zimbabwean and Scottish descent, currently writing from Scotland. She holds an honors law degree, though her real passion lies in journalism and political awareness. You can contact her at tash.reid7@gmail.com.

London liberators must be praised