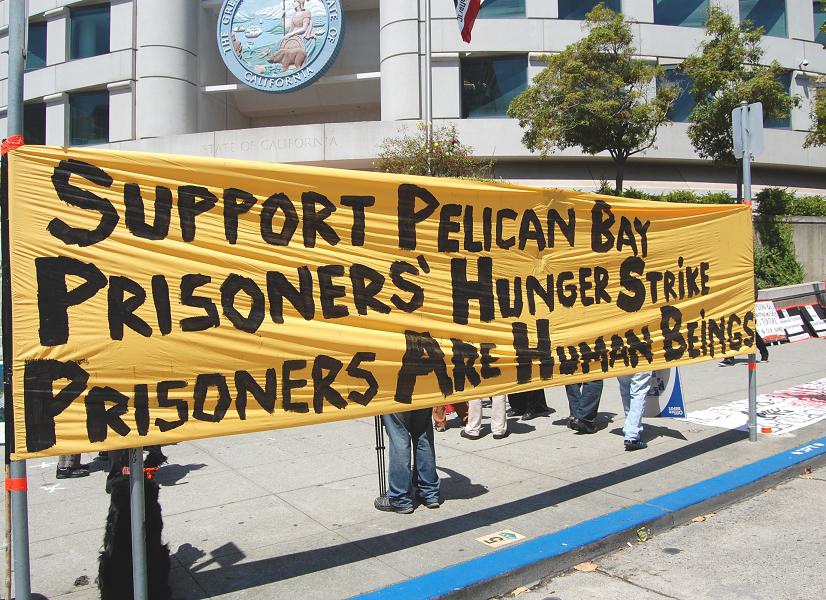 On Aug. 23, Assemblyman Tom Ammiano, D-San Francisco, held a hearing on human rights violations of prisoners who have been tortured in solitary confinement units throughout the state of California. [Watch videos of the entire historic hearing here and here.]

Undersecretary Scott Kernan of the California Department of Corrections and Rehabilitation said, “Admittedly there are harsh conditions but (they are) not unconstitutional and not torture or human rights violations.” No one asked Mr. Kernan what he meant by harsh conditions, though the definition of harsh could include torture. So his statement itself is an oxymoron.

To hold anyone in solitary confinement for one to 40 years for no offense is not only in violation of international law but of one’s constitutional rights as well as civil and human rights. We can clearly see that this is an act of torture, an abuse of power by CDCR officials, who have used the internal prison function to torture prisoners for over 25 years. 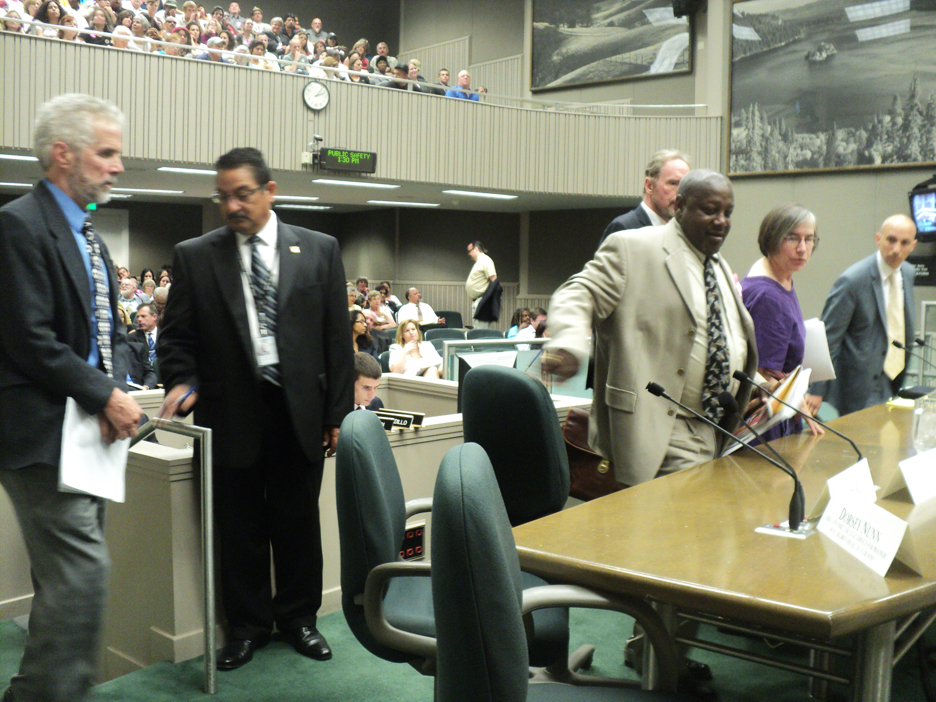 Mr. Kernan does not think that holding a man or woman in long term solitary confinement indefinitely is torture when he or she has done nothing to deserve that placement. Then they subject you to cruel or unusual punishment throughout the duration of that placement, which occurs simply because a prison informer or prison official labels you a prison gang associate or member. CDCR subjects us to suffering because we won’t debrief – i.e., turn prison informer.

This is torture by any definition, and if anyone thinks otherwise, then they need to come see for themselves. Over 3,000 prisoners throughout the state are held in these torture chambers, which include administrative segregation, Pelican Bay SHU, Corcoran SHU, New Folsom SHU, Tehachapi SHU and San Quentin Adjustment Center (AC). And please don’t let me forget about all the men and women throughout the United States being tortured in solitary confinement units.

Therefore, we have no choice but to continue our hunger strike. Starving ourselves will not be worse than spending the rest of our lives in solitary confinement under torturous conditions.

CDCR attempted to give us sweat suits, watch caps, shorts, handballs, a proctor, colored pencils, colored paper, a roller wheel for exercise and a picture saying “for your family” – stuff we should have had 25-plus years ago. But their reason for giving them is to appease us so that we can be content with spending the rest of our lives in solitary confinement under the same torturous conditions for nothing.

We have no choice but to continue our hunger strike. Starving ourselves will not be worse than spending the rest of our lives in solitary confinement under torturous conditions.

One question: Why are we in solitary confinement? 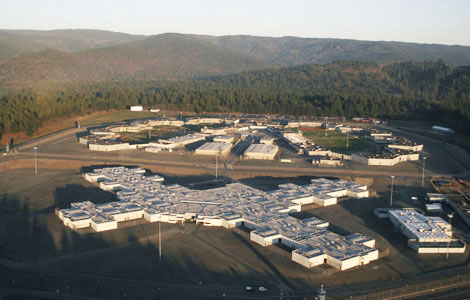 CDCR says they didn’t want to make celebrities out of us; that’s why they didn’t let us talk to the media. This is classic nonsense. Any media outlet can visit any of our negotiators if they want the truth. I’d tell them, send your address and you will receive a visiting form.

CDCR and Pelican Bay State Prison are using us as a justification to fleece the California taxpayers. All 3,000 prisoners held in solitary confinement indefinitely can live peacefully on any general population (GP). We even suggested that they can place every last one of us on our own GP. Yes, all 3,000 of us.

But CDCR is more concerned about losing money. If you do the math, it will come out to $199,500,000 annually. [This, I believe, refers to the higher cost of solitary confinement over general population. In a report on the Aug. 23 Assembly hearing, Sal Rodriguez wrote for SolitaryWatch.com: “Laura Magnani of the American Friends and Service Committee then spoke. She began by quoting the Commission on Safety and Abuse in America’s Prisons and noted that SHUs cost at least ‘twice as much’ as general population.” According to the California Legislative Analyst’s Office, the 2009 cost of incarcerating one prisoner in the California state prison system was $47,102. – ed.]

The California Correctional Peace Officers Association (CCPOA) union and CDCR officials make that so called “high security” overtime money overseeing prisoners they sell as a security threat to keep us in solitary confinement. This allows correctional officers who have only a high school diploma to make up to $300,000 in overtime, which is why they have no problem supporting the Green Wall (code of silence), where CDCR officials will lie to the public, to the legislators etc. just as Undersecretary Scott Kernan did on Aug. 23 – lies that are easily proven to be perjury.

The California Correctional Peace Officers Association (CCPOA) union and CDCR officials make that so called “high security” overtime money overseeing prisoners they sell as a security threat to keep us in solitary confinement.

CDCR is embedded in a steeply exploitative system where greed is the motivator. They do not give a damn about public safety or prison safety. If they did, then the violence in our communities and in these prisons would not exist on the level that it does.

CDCR is embedded in a steeply exploitative system where greed is the motivator. They do not give a damn about public safety or prison safety.

We, the free poor and the imprisoned poor, are considered “obsolete people,” a surplus for these concentration camps (prisons) where we are tracked and hunted in these rural inner cities like wild animals from the time we are adolescents. If we as a people do not realize it by now, then it’s safe to say that our lives will continue to be devalued by others whose only objective is to exploit us toward their economic interest – that of the prison industrial complex. 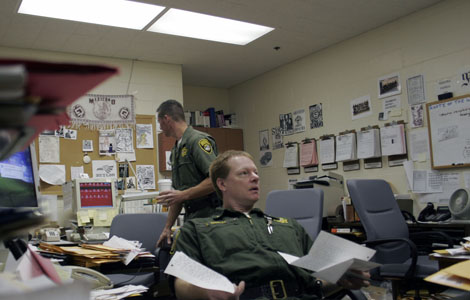 That is why we are subjected to living in impoverished conditions by economic discrimination, uneducated and criminalized for trying to find ways to survive – i.e. eat – by any means necessary, and by the time we become educated, we find ourselves trapped in a prison cell or solitary confinement unit overseen by white men and women who never had any personal experience or social interaction with any of us outside of prison guard vs. prisoners.

Many of these prison guards have suffered isolation in these rural areas, yet they oversee every aspect of our lives: how we are treated, if we can be paroled, whether we live on GP or mainline and so on.

Yet our people have no say whatsoever over our lives once we enter these concentration camps. So why should anyone be shocked that we are being tortured when prisons are strategically placed in isolated areas, far away from our families?

The criminalization of the poor is not about law and order. It is about control and suppression by way of torture.

The criminalization of the poor is not about law and order. It is about control and suppression by way of torture.

Campaigns such as the War on Gangs, War on Drugs, War on Terror, War on Crime and War on Immigration all amount to War on the Poor.

There is never an excuse or justification for bad behavior or breaking the law, but those who have been entrusted to uphold the law should do so without prejudices, class or racial discrimination of any sort.

This is why the people are necessary when the law or those who have been entrusted to uphold it violate these principles.

We’re entering into our hunger strike on Sept. 26 because our suffering must be exposed to the world. We will not stop under any circumstances until we’re liberated from these gulags.

Mutope Duguma, aka James Crawford, has been reporting to Bay View readers on the hunger strike from the beginning. This letter was received by the Bay View on Sept. 17. He is the writer of “The Call,” the formal announcement that alerted the world to this massive hunger strike, in which 6,600 prisoners participated, according to CDCR’s own records. As the strike was about to begin, he wrote “SHU prisoners sentenced to civil death begin hunger strike,” explaining the reasons for the strike. In August, he wrote “This hunger strike is far from over” to say that he and his comrades would most likely have to resume the strike. Most recently, in “Pelican Bay SHU prisoners plan to resume hunger strike Sept. 26,”he described the negotiations with CDCR and why the organizers feel they have no choice but to starve themselves once again. Send our brother some love and light: James Crawford, D-05996, D1-117U, PBSP-SHU, P.O. Box 7500, Crescent City CA 95532.