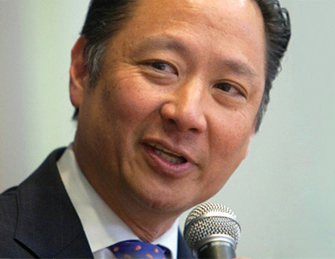 I am running for mayor of San Francisco because I believe that we, the people, can bring change to City Hall and make the government work for the people and by the people, as the Constitution guarantees. I believe that I have a clear understanding of the challenges our city faces, and the administrative experience necessary to meet those challenges.

It is imperative that our next mayor initiate a sustained effort to reverse the current trend of Latinos and African Americans leaving the Bayview and other neighborhoods in our city. I understand how important this is.

My platform is job creation, clean and safe streets, and effective, honest government. The top of my agenda includes an aggressive jobs program, a small business micro-loan program to encourage entrepreneurship, creating the best possible public schools, and building more affordable and middle-class housing – issues which all directly affect the African-American community and other communities in San Francisco.

As mayor, my primary focus will be on jobs. My first program will be to provide 1,000 micro-loans of up to $40,000 each to small business entrepreneurs. Studies have shown that each business that is successful creates as many as 7.8 jobs. These are jobs that help revitalize our neighborhoods by providing opportunities for women, people of color and others who might not otherwise qualify for bank loans to start their own companies.

I will also require competitive bidding on all contracts and work to enforce the local hire law, bravely championed by Supervisor and fellow mayoral candidate John Avalos. John took a lot of heat from labor unions for taking up this issue and deserves credit for putting some teeth into the local hire law.

As mayor I will also focus on education. I will find the money in the City’s budget to reinstate summer school for all kids and provide paid internships and jobs for all kids who want them – these are critical pathways for young people who seek to become successful. I have already developed one of the most effective internship programs in the City, which provides internships for over 200 students each year. I know I can replicate this success on a city-wide basis.

I will work to stop violence in our communities. I will forge a working relationship between police and community-based organizations to provide effective interventions for individuals involved in gangs and violence. I will also ensure that the police are accountable to the community, and that officers who commit misconduct are dealt with appropriately. Recently, the public defender’s investigation of police officers seen on video barging into homes without warrants resulted in significant reforms and a pending investigation by the FBI.

In order to understand my motivation to become mayor, please let me tell you a little bit about myself and about my family. My great-grandparents came to San Francisco in 1890 from Hawaii, where they had emigrated from Japan. They settled in Bernal Heights, where they lived and raised their family until the 1906 earthquake, when they relocated to Stockton, California, and became farmers.

My grandparents and parents were interned in the Japanese-American internment camps during World War II. They lost everything and had to start anew after four years of imprisonment. They lived in poverty for many years and were only slowly able to rebuild their lives. These injustices led me to law school and a career as a public defender.

After graduating from U.C. Hastings in 1985, I was hired as a deputy public defender at the San Francisco Public Defender’s Office. I worked my way up the ladder and was elected public defender by a 10,000 vote margin in 2002. I was re-elected without opposition in 2006 and again in 2010, with 199,000 votes.

When I was first became public defender in 2003, I had a vision of a Public Defender’s Office that went beyond just providing legal representation to people in court. I saw an office that could help people turn their lives around and be a vehicle for social change in the community.

I opened the first Clean Slate office in Bayview at the Southeast Community Center to help people clear their criminal records so that they could rejoin the workforce and lead productive lives. This program grew to four satellite offices and helped over 20,000 people over its 12 year history.

I formed Bayview BMAGIC Program in 2004, an organization that has grown into one of the most vibrant collaborative organizations in the city, meeting every month, taking on issues of concern to the community and empowering its members to make change. It has become a model of what is possible, distributing over 4,000 backpacks and school supplies to children each year, providing literacy programs and book fairs, as well as building the capacity of youth and family agencies to provide better outcomes for the children and families they serve. BMAGIC’s success led to the formation of Mo’MAGIC in the Western Addition, which has provided similar support there.

By improving accountability and efficiencies in my office and by partnering with community stakeholders, as your public defender I have been able to save money and create new programs that have transformed the criminal justice system. I want to bring these same skills to the Mayor’s Office.

I am truly honored to receive the support of the Bay View newspaper and Mary and Willie Ratcliff. They have never hesitated to help a person in need, and I try to live by their example. I pledge to be a mayor who makes a difference.

In this November’s election, voters can vote for up to three of their favorite candidates, ranking them 1, 2, 3. The Bay View believes that either of two candidates would be San Francisco’s best mayor ever and is endorsing both Jeff Adachi and John Avalos for mayor. 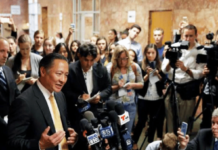 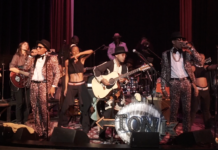 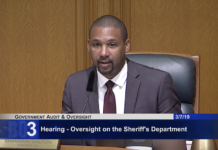 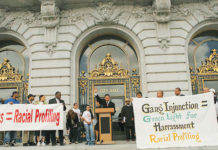