by the Campaign to Free Ahmad Sa’adat 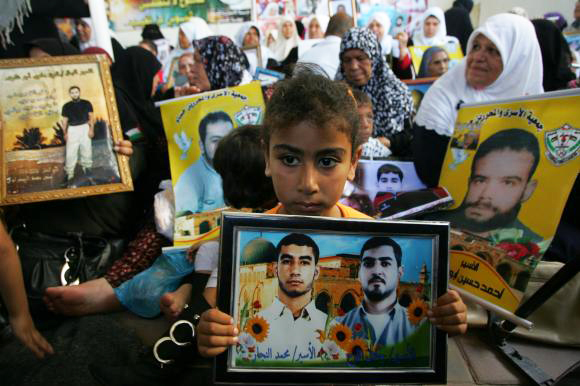 The strike began Tuesday, Sept. 27. The Israeli minister of internal security, at a meeting in Ramon and Naqab Prisons, has threatened to escalate repression against prisoners, threatening to move all prisoners participating in the hunger strike into isolation and solitary confinement and to forcibly transfer those prisoners to other prisons in the occupation prison system. Prisoners are frequently transferred by occupation forces in an attempt to break up social bonds and disrupt organizing against prison repression. 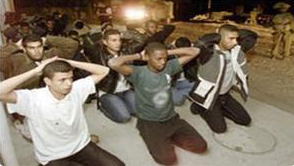 For decades, Palestinian prisoners have engaged in hunger strikes to demand – and win – their rights, putting their bodies on the line once more to demand the freedom and dignity of themselves, their people, their homeland and their nation. Palestinian prisoners have announced that they will not be moved from their course by the threats of the occupiers. Prisoners’ representatives have confirmed that Sa’adat and fellow isolated leader Jamal Abu al-Haija, in isolation with Sa’adat, will join in the strike themselves.

Furthermore, prisoners announced that they will reject all prison orders, refusing to wear uniforms, stand up for daily counts or accept food. The situation is more urgent than ever as prisoners begin their strike. The Campaign to Free Ahmad Sa’adat calls upon all solidarity, international justice and human rights groups and organizations to join us to demand freedom, dignity and justice for Palestinian prisoners.

The Campaign to Free Ahmad Sa’adat expresses its deepest solidarity with the prisoners on hunger strike in Pelican Bay, California, in the United States. These prisoners, inside the racist and brutal U.S. prison system, have also stood together on hunger strike to demand an end to abuse and the use of isolation against prisoners, particularly long-term isolation, to demand proper food, and an end to torture and abuse.

They ended their strike in July 2011 after receiving assurances that their demands would be met; however, this has not happened, and prisoners have in fact been punished and further repressed for participating in the strike. The prisoners in California resumed their hunger strike on Monday, Sept. 26, 2011.

Across the world, prisoners stand on hunger strike, demanding dignity and justice. The Campaign to Free Ahmad Sa’adat salutes the California hunger strikers, expresses our deepest solidarity, and joins in their demands for dignity and justice. We also note the great leaders and great struggles that have emerged from the racist dungeons of U.S. prisons, from Attica to Soledad. The Campaign to Free Ahmad Sa’adat salutes the political prisoners in U.S. jails and the Guantanamo torture camp – and all jails in the world – including Mumia Abu-Jamal, Leonard Peltier, Ghassan Elashi and hundreds more, and demands their freedom.

Ahmad Sa’adat is the General Secretary of the Popular Front for the Liberation of Palestine and a member of the Palestinian Legislative Council. One of nearly 10,000 Palestinian political prisoners, he has been sentenced to 30 years in Israeli prisons, mainly for a speech he made following the Israeli assassination of his predecessor, Abu Ali Mustafa, in August 2001. The systematic assassination, imprisonment and detention of Palestinian political leaders has long been a policy of the Israeli state, as reflected in the imprisonment of Sa’adat and over 20 other members of the Palestinian Legislative Council, targeted for their involvement in and commitment to the struggle for the liberation of their land and people. Learn how you can help him and all the Palestinian hunger strikers at the Campaign to Free Ahmad Sa’adat at http://www.freeahmadsaadat.org/. Contact the campaign at info@freeahmadsaadat.org or http://twitter.com/freeahmadsaadat.