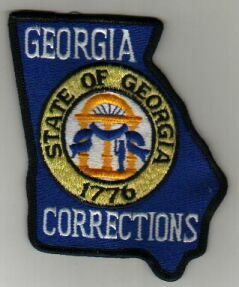 It’s been a while since I have written you due to retaliation by the staff here in the Special Management Unit (SMU) at Jackson State Prison in Jackson, Georgia. When the administration was served notice of the court date for the first lawsuit, a CERT (Certified Emergency Response Team) team was sent into my cell and began rambling through my legal documents and miscellaneous paperwork. Since they didn’t find what they were looking for, they were instructed to harass in other ways.

When this still didn’t provoke me, the administration decided to tamper with my incoming and outgoing mail and withholding legal mail for weeks. I notified my attorney, who emailed the warden and the Georgia Department of Corrections (GDC). Then my mail was brought in a brown paper bag, at least 15 letters. Then the administration blocked all my phone numbers – again trying to provoke me with another form of retaliation and harassment. Still, I’m remaining steadfast, trusting in Allah (God).

What I’m writing at this time is that GDC officers are quitting. Here at the Georgia Diagnostic and Classification Prison (GDCP) on weekends, sometimes there’s only five officers at the entire unit – with no officer in the dorm for hours, which violates their own policy, SOP IIB09-0001 segregation rights, which states that 30-minute security checks are supposed to be made, but they aren’t. This jeopardizes each inmate in lock-down.

However, if you attempt to utilize the grievance procedure, the grievance is intentionally discarded and the griever is moved to a disciplinary wing, all property taken, placed on strip-cell – no clothes, no blankets, no sheets, no mattress, nothing – and often times physically beaten, as just happened recently and then covered up with lies.

Inmates are suffering because of staff shortages. Showers are being denied, as are recreation yard call, cell sanitation etc. It’s not our fault staff are quitting because they too are tired of the injustices.

Recently two officers got into a fist fight against each other – in the dormitory – about a woman that both were indulging in. No disciplinary action was taken against them.

With all of the foolishness that’s going on, many of us are tired. Therefore there’s six of us here that started an indefinite hunger strike on Aug. 1, 2011, in solidarity with our brothers in California and to stop the inhumane treatment. A letter was sent to the Governor’s Office and Commissioner’s Office with a list of demands, such as provide adequate food, health care, access to families and out-of-cell recreation, stop police and staff brutality and many other requests.

In closing, we need your support and love just as we are sending ours.

Hamim Abdullah Asadallah, aka Shawn Whatley, participated in the historic Georgia prison strike, the largest prison strike in U.S. history, primarily protesting the Georgia practice of forcing prisoners to work for no wages whatsoever. He describes the conditions that gave rise to that strike in an interview that can be both heard and read at http://socialistalternative.org/news/article10.php?id=1510. Send our brother some love and light: Shawn Whatley, 556484, GDCP-SMU LF-101, P.O. Box 3877, Jackson, GA 30233.

Three men crammed into a 6×12 cell