We prisoners held in Pelican Bay State Prison Security Housing Unit (PBSP SHU) seek support from all hip hop celebrities, fans and supporters to assist us in shutting down all solitary confinement units – i.e. Administration Segregation (Ad-Seg), SHU and Maximum Security units and the like – that hold New Afrikan prisoners and other races in solitary confinement indefinitely.

We embarked Sept. 26, 2011, on a peaceful hunger strike here in PBSP and throughout the state of California in order to obtain our civil and human rights. We are being denied our five core demands (submitted prior to the first phase of the hunger strike in July).

Prisoners are being held in solitary confinement indefinitely on the word of a prison debriefer – i.e., snitch, informer, rat, turncoat – or some false prison gang validation. Therefore, we seek your support and give you all the right to advocate on our behalf: 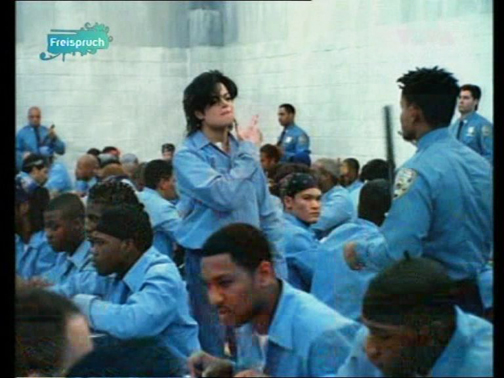 And all the original hip hop heads etc.

We ask that you all support us in our struggle to be liberated from these man-made torture chambers by doing the following:

1. Support the peaceful hunger strike by having your fans contact the governor of California, Edmund G. (Jerry) Brown Jr., and the president of the United States of Amerika, Barack Obama, to end torture in California prisons, where prisoners are held indefinitely in solitary confinement – in PBSP SHU, Corcoran SHU, New Folsom SHU and Tehachapi SHU.

2. Donate $10 or more to our Prisoner Hunger Strike Solidarity coalition, via California Prison Focus’ PayPal account, which can be accessed at www.prisons.org, and mark it for the hunger strike coalition, or mail your donation to California Prison Focus, 1904 Franklin St., Suite 507, Oakland CA 94612. Watch our blog, www.prisonerhungerstrikesolidarity.wordpress.com, for information.

3. All of you have power, and that power is in your voice. We ask that you lend that power to our hunger strike. Yes, we will make the sacrifices. There are countless prisoners held in solitary confinement throughout this nation, who come from exclusively poor communities, being tortured. Contact the following New Afrikan prisoners who have been held in SHU since as long ago as 1976 to 2011:

It is important that you in the public know that all of us come from the very communities you all come from. Unfortunately, we have been held in these solitary confinement units from 10 to 40 years, simply put, for nothing. The CDCR (California Department of Corrections and Rehabilitation) has used every strategy and tactic to get us to debrief, as the only way for us to get out of solitary confinement.

Since we refuse to be emasculated and become the prison stoolie for the prison gang intelligence unit, CDCR has sanctioned the torture of each and every last one of us. Therefore, we prisoners, all races, decided to come together in order to end this cruel and unusual punishment.

Yes, many of you have heard or know firsthand of the horror stories CDCR officials have used to propagate us to the world in order to label us the “worst of the worst” held in Pelican Bay state prison solitary confinement units. Yet ALL RACES – i.e., New Afrikans, Mexicans South and North, and whites etc. came together to end and fight against the torture we all have endured for 21 years here at PBSP SHU by way of a peaceful hunger strike, which we intend to carry out indefinitely.

END SOLITARY CONFINEMENT THROUGHOUT CALIFORNIA and THIS NATION!

We, Sitawa Nantambu Jamaa, George Franco, Arturo Castellanos and Todd Asker, the four principle negotiators and representatives of the Pelican Bay hunger strike, are requesting for all bodies and minds who are participating in the Sept. 26, 2011, human rights movement to be mindful that we prisoners are in a protracted struggle so that no other prisoners will be held in solitary confinement. All California-held prisoners can be subjected to inhumane, torturous and intentional harsh treatment by CDCR officials, enforced by their subordinates, if the use of solitary confinement is not stopped.

For this struggle to go forward, we need supporters to donate $10 or more to our prisoners’ cause, to shut the SHUs and all solitary confinement units within the state of California and spread this resistance across the U.S. by way of peaceful hunger strikes and other peaceful demonstrations.

Prisoner Hunger Strike Solidarity is a coalition of non-profit organizations that have been working many years on prisoner rights issues and shutting solitary confinement units throughout California and the U.S. We prisoners appreciate and continue to need their legal support.

Note: California Prison Focus is the member of the coalition responsible for meeting with the spokesmen for the prisoners. Donations will be used to travel to Pelican Bay once a week and to travel to the other SHUs as often as possible this winter in order to report to the state legislature and to protect the spokesmen as much as possible. Each trip costs $300 to $400 for two investigators for two days for gas and lodging only.