by Julien Tiel, director of “The Humanitarian War” 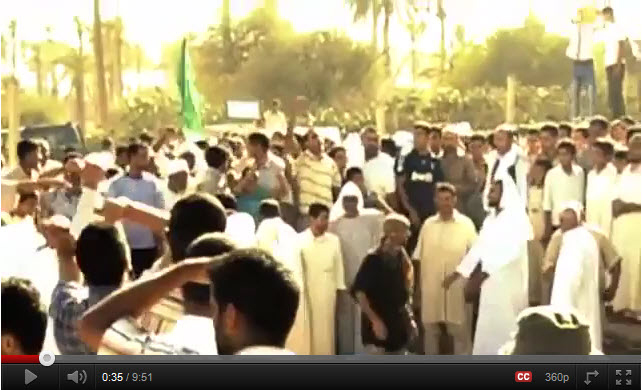 “This is an excellent exposé of the foundations laid for the U.S.-NATO war in Libya,” writes Les Blough, editor of Axis of Logic. “Please note that the National Endowment for Democracy (NED), based in Washington, D.C., was at the root of this international crime against the government and people of Libya. NED also funded and helped organize the failed coup attempt against President Chavez in 2002 and many other U.S. violations of the sovereignty of nations.”

“In the last analysis, every domination system depends on military force, but it always needs an ideological justification.” – Jean Bricmont

This document makes it possible to understand how international law and justice works, but mostly how its basic principles can be bypassed. The resolutions passed against Libya are based on various allegations: notably on the statement claiming that Qaddafi had carried out jet attacks on his own people and engaged in a violent repression against an uprising, killing more than 6,000 civilians.

These allegations were spread before they could have been verified. Even so, it was on the basis of this claim that the Libyan Jamahiriya government was suspended from the United Nations Human Rights Council, before being referred to the United Nations Security Council.

One of the main sources for the claim that Qaddafi was killing his own people is the Libyan League for Human Rights (LLHR), an organization linked to the International Federation of Human Rights (FIDH). On Feb. 21, 2011, LLHR General Secretary Dr. Sliman Bouchuiguir initiated a petition in collaboration with the organization U.N. Watch and the National Endowment for Democracy. This petition was signed by more than 70 NGOs.

Then a few days later, on Feb. 25, Dr. Bouchuiguir went to the U.N. Human Rights Council in order to expose the allegations concerning the crimes of Qaddafi’s government. In July 2011 we went to Geneva to interview Dr. Sliman Bouchuiguir.

Julien Teil, videographer and investigative documentary filmmaker from France, recently spent a month in Libya. He is co-author with Mahdi Darius Nazemroaya of “America’s conquest of Africa: Introduction by Cynthia McKinney.” This story first appeared on Axis of Logic and on Global Research.