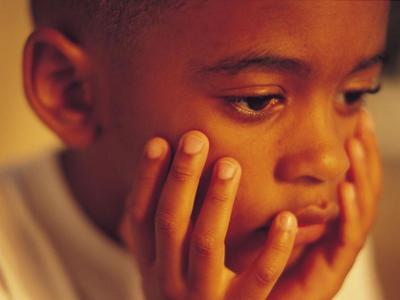 History does not always repeat itself, but it echoes quite loudly.

The latest scandal rocking Pennsylvania State University’s football team, in which disturbing details surfaced that former Assistant Coach Jerry Sandusky allegedly raped and molested at least eight young boys between the ages of 10 and 15, echoes the dark truth at the heart of evil intent in all cases of child sexual abuse. As things presently stand, Jerry Sandusky has been arraigned and released on bail. University President Graham Spanier and Coach Joe Paterno have been fired, effective immediately.

Paterno may not get his final winning season, but he will certainly receive accolades and rewards for an exemplary career. Yet what remains is that too many others have already lost here. Nameless, faceless and voiceless boys were invited to play a sick, dangerous and twisted game, while good men watched in silence, and did nothing.

When the allegations of sexual misconduct against Georgia minister Bishop Eddie Long hit headlines last year, there were shock waves throughout the African-American community. Most disturbing was the fact that Long had spent years grooming young men from their early teens until the legally safe ages of 16 and 17 – under Georgia law at least – before allegedly initiating sexual activity.

Many ran to Long’s defense, with baseless claims that the young men were fortune hunters: willing to destroy the reputation of a successful and respected community leader for financial gain. However, as more accusers came forward with eerily similar stories, Long quickly delivered a large settlement agreement, which silenced the young men.

Like Bishop Long with his Youth Academy, Sandusky allegedly used his own children’s charity program, The Second Mile, which focused on assisting poor, underprivileged kids, many of whom came from single-parent homes and were struggling in school – to find his prey. Using his money, fame and the lure of access to prized football facilities and games that any young boy could only dream of, Sandusky likely perverted the mission of the charity by making it a breeding ground for his targets.

The motto of the program, originally founded by Sandusky in 1977, is “Providing Children with Help and Hope”; but the gruesome details of the grand jury report released this week reveal something so damning it rivals the actions of notorious Catholic priests engaged in the highest betrayal. As Stuart Scott, anchor of ESPN’s SportsCenter, opined last night, “Short of murder, these allegations are as serious as it gets.”

The motto of the program, originally founded by Sandusky in 1977, is “Providing Children with Help and Hope”; but the gruesome details of the grand jury report released this week reveal something so damning it rivals the actions of notorious Catholic priests engaged in the highest betrayal.

In public, Jerry Sandusky was the coordinator of Penn State’s successful defense for 23 years, known for making the Nittany Lions famous as “Linebacker U”. He mentored Pro Bowl player LaVar Arrington and produced 10 All-Americans during his tenure. He was a father figure to young giants on the field and to underprivileged boys off the field.

In private, Sandusky is said to have raped boys in his care from as early as 1994 to 2009. The most damning incident occurred in 2002 in the showers of Penn State’s football facilities, witnessed by a Penn graduate assistant. Though it was reported to Joe Paterno and other administrators, hardly anything was done.

Over the past few years similar incidents of sexual impropriety in the realm of sports have surfaced, with one common trend: the victims are exclusively young Black boys from underprivileged backgrounds.

Over the past few years similar incidents of sexual impropriety in the realm of sports have surfaced, with one common trend: the victims are exclusively young Black boys from underprivileged backgrounds.

Oliva was a prolific basketball power for 27 years, winning five city championships. Dozens of his players graduated to Division I programs, and several, including Lamar Odom of the Los Angeles Lakers and former Nets center Jayson Williams, went on to the NBA. In 2009, Oliva was forced to retire in shame after accusations of child molestation and an investigation which led to him pleading guilty of all charges, and he currently remains on probation and is listed as a sexual predator.

The abuse originally began when McCray was only 12 years old, and the revelations led to other young men offering similar accounts. Under Lorch’s leadership and financial guidance, the Riverside Church basketball program once boasted basketball players including NBA all-stars Ron Artest, Chris Mullen and Mark Jackson.

The grand jury indictment of Sandusky is written in such a way as to fully protect the victims’ identity, and the race of the children remains unknown. But one defining trait is consistent among the alleged victims of Eddie Long, Sandusky, Oliva and Lorch: They were all poor and/or inner-city, underprivileged youth. This bears out a universal truth, that those with the least defense mechanisms are the most vulnerable.

Young Black boys are often disproportionately without resources, left to cling to a hope and a dream, and this often involves athletic aspirations as their way out. In a society that offers them few pathways to success, they can be easily led to trust predators against their better instincts. And with an African-American culture that prizes a hyper-masculine ideal, it is nearly impossible for them to admit when and if they have been victimized by another man.

Young Black boys are often disproportionately without resources, left to cling to a hope and a dream, and this often involves athletic aspirations as their way out.

Much of the media coverage on the events at Penn State has centered on Coach Joe Paterno, his 61-year long career and the fact that with 409 wins, he recently surpassed Grambling State’s Eddie G. Robinson to become the most winning coach in college football history. But is this what really matters? Is there so little concern for the actual victims? And if we as a society allow ourselves to be so sorely misguided, are we not accomplices to the neglect inherent in the victimization of these children?

As I described in a prior piece for theGrio on the Eddie Long scandal, my personal experience as a child mirrors the experiences of these young boys who were targeted by a sexual predator, the classic tactic of whom is to slowly and gradually cross boundaries: a touch here, a rub there, until the child is being fully violated, with no idea how any of it began and with no power to stop it. 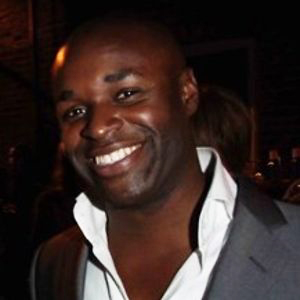 In Joe Paterno’s statement of resignation, he said, “I wish I had done more.” His words invoke the oft quoted phrase, “All that is necessary for evil to triumph is for good men to do nothing.”

While the Board of Trustees of Pennsylvania State University decides on an effective damage control strategy and how to save a lucrative football franchise, the question we should be asking is what has come of those boys who are now men?

Open your eyes, dear mothers, fathers and friends: for always and everywhere there is darkness and trickery in the world. While the Board of Trustees of Pennsylvania State University decides on an effective damage control strategy and how to save a lucrative football franchise, the question we should be asking is what has come of those boys who are now men? What demons are they left to wrestle with? Who will pay and what is the price?

Edward Wyckoff Williams is an author, columnist, political and economic analyst, a former investment banker and a frequent political commentator for MSNBC. Follow him on Twitter and on Facebook. This story originally appeared in theGrio.