Written Oct. 13, 2011 – A firm, warm and solid embrace of eternal revolutionary love and solidarity is extended to you all. Enclosed you will find an update statement from us on this second hunger strike effort, which I am happy to report met a victorious conclusion only hours ago with our five core demands being sufficiently realized to halt the hunger strike at this time. 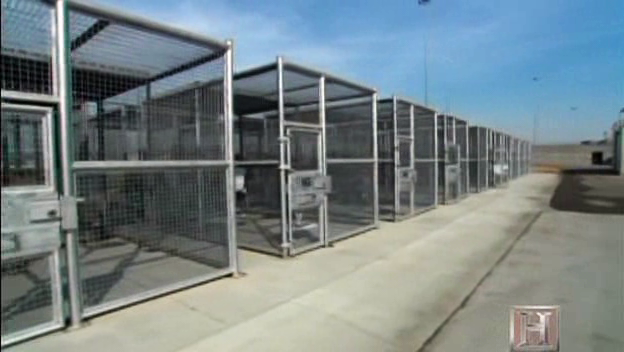 Nevertheless the struggle is far from over. The abolition of SHU torture units in California and throughout the U.S. and its interconnectedness to the struggle for socio-economic and political freedom, justice and equality for the unjustly suppressed and all underclass people in the U.S. is protracted and ever ongoing. There is much work left to be done and we here at the NARN collective think tank look forward to working with you all to accomplish meaningful change for the people.

We face many challenges. For example, we sent an update statement to the Prisoner Hunger Strike Solidarity coalition media team on the Aug. 23 legislative hearings, which remain necessary to the people’s education and the advancement of our aims. Institutional Gang Investigations (IGI), however, were directed by the warden to intercept and confiscate all mail, legal mail, from hunger strikers in this 4B1L-C Section. Be mindful that IGI shortstops all our mail and, despite legislation, holds it up without our ability to know if and when it got out.

In addition, I am an artist, an exceptional artist, and I’ve had my efforts to use my talent to generate funds for this and other massive work thwarted by two major factors: 1) lack of reliable and trustworthy personnel with whom to work with the basic resources – i.e., internet access, quality copying capability, time and motivation – and 2) IGI interference. The latter can be overcome; the former cannot without help and I want to put a call out for that help, as it is a mutual and collective beneficial call. I cannot stress enough the potential benefit for all concerned from answering this call. My insight, business acumen and artistic talent in conjunction with this body is truly impressive. Please help us.

With that said, on a personal note, many good souls sacrificed greatly in this effort: myself and Brother Zaharibu in particular. When this started I was 223 pounds – I’m 6 feet 2 inches. As of July 1 or 2, I was 178 pounds. When the second effort began, I had not yet recovered physically nor had Zaharibu and others. I was 192 pounds on Sept. 25. Today I weighed in at 168 pounds and I was both prepared for and close to my death.

When this started I was 223 pounds – I’m 6 feet 2 inches. Today I weighed in at 168 pounds and I was both prepared for and close to my death. I want you to stop and think about that. We are warriors, yet we allowed ourselves to brush the veil of the other side, to embrace oblivion peacefully rather than exist in torturous tombs eternally.

I want you to stop and think about that. We are warriors, yet we allowed ourselves to brush the veil of the other side, to embrace oblivion peacefully rather than exist in torturous tombs eternally. That alone should tell you all you need to know about the righteousness of our cause and quality of our character. Now we must re-strengthen our bodies to match our minds and gird our loins for the next battle in this never-ending struggle for freedom, justice and quality in capitalist Amerikkka. I hope we can count on your aid and support. Our love and solidarity are with you all, always. Until we win or don’t lose.

A brief statement from the front lines of the struggle, from the NCTT Corcoran SHU

Written Oct. 9 from the 4B1L-C Section Short Corridor Isolation Unit – It is Day 13 of the second hunger strike in support of our five core demands and the abolition of SHU torture units as a means of manufacturing informants, containing progressive political ideas and maintaining the status quo for the prison industrial complex. At this writing, all New Afrikan and Southern Mexican partisans in this isolation unit (4B1L-C Section) are fully participating in the hunger strike, while our White and Northern Mexican brothers are providing moral support.

We have not eaten since Sept. 25, and the administration here has unleashed an unprecedented wave of retaliation reprisals against us aimed at breaking the hunger strike and provoking violent reaction which would undermine the nonviolent basis of the peaceful effort. They have thus far failed.

In response to this second effort, on Sept. 29, CDCR revised its medical evaluation policy for hunger strikers to minimize the amount of medical evaluation and data, while maximizing the chance of serious injury or death to those on hunger strike. They have ceased taking vital signs – blood pressure, heart rate, temperature – altogether and are weighing us only twice a week unless “it appears you need it.”

It is only because myself and Brother Zaharibu have lost so much weight since this began – over 10 percent of our total body weight from the first weigh in on July 30 – that our vital signs have been taken. Others who’ve requested it or complained of dizziness, weakness, lightheadedness etc. have been told, “Put in a sick call request,” which will cost you $5. Canteen purchases for hunger strikers have been restricted to hygiene and stationary items only – no food or drink.

On or about Oct. 3, they raided 4B1L-C Section and removed all food and drink items – even coffee and salt packs – from the cells of hunger strikers. A short time later the warden and her entourage arrived in our section laughing and joking like it was a day at the fair and ordered sandbags placed in front of each of our cell doors to prevent any fishing so as to ensure non-hunger strikers are not fishing coffee and kool-aid to those on hunger strike.

Human rights attorneys have been banned and we have been denied access to yard and law library.

Earlier this week, pursuant to a 1030 confidential information chrono alleging that two of our Southern Mexican brothers here “ordered the hunger strike,” those same two have had their visits taken by the administration for 90 days – an absurd accusation and blatant abuse of power clearly designed to provoke a violent reaction.

This is a peaceful human rights initiative supported across racial lines making it an impossibility for any single group, let alone individual, to “order” anything. We are all participants of our individual free will guided by a collective desire to see an end to the systematic torture and industrial profiteering at our expense.

It is from the same spirit of basic human dignity and thirst for fundamental socio-economic equality and opportunity driving the anti-capitalist Occupy Wall Street Movement sweeping the nation that our peaceful hunger strike derives its own political motive force. We have stated the undeniable correlation between corporate greed, socio-economic inequality, imprisonment and indeterminate SHU confinement based on “gang” validation in previous statements, most recently in our NCTT statement in response to the Aug. 23 legislative hearings.

There is a corresponding correlation in the bottom-up thrust of social consciousness now shaking the foundations of the unholy union of government and industrial capital. For this reason the NCTT Corcoran SHU wants you all to know our sacrifices here are also in solidarity with the Occupy Wall Street Movement, and we fully support the aims of the protestors to bring about a world where it is the 99 percent of the people who are prospering from the productive system as opposed to the historic motive force of U.S. capitalist greed, which has maintained an unchallenged opulence standard for the 1 percent ruling elite while the rest of us struggle, suffer, barely survive or languish in these concentration camps, the unfortunate victims of the race-class arrangement.

But like all historically oppressed people, like the valiant brothers and sisters from all walks of life currently besieging the halls of power on Wall Street, in Washington, D.C., Sacramento and across this country, we too will no longer accept the status quo or allow corruption, injustice and institutional inequality to dictate the nature and structure of our existence.

Each meal we miss, pound we lose and pain we suffer we dedicate not only to the realization of the five core demands, but the realization of the aims and aspirations of the Occupy Wall Street Movement, as they are one in the same. We ask you all to support each of these initiatives with your voices, your work, your blogs and, yes, your participation.

Some of us here, myself (Heshima) and Brother Zaharibu included, did not fully recover from the first hunger strike, and our bodies, as with others here, are close to failing. Some of us, myself included, may well die in this effort, but we do so, if that is the Creator’s will, in service of a just cause and in support of freedom, justice and equality.

JOIN US! Stand on the right side of history and together we can forge a new world where poverty, homelessness, corporate usury, government corruption and abuses, state-sanctioned torture, criminalization, underdeveloped men and institutional inequalities are the exception, NOT the rule. You, THE PEOPLE, are the most powerful force in this nation. Let us wield that power together and forge a more perfect union. Stand with us! Our love and solidarity to all those who oppose injustice and oppression, and fear only failure.

JOIN US! Stand on the right side of history and together we can forge a new world where poverty, homelessness, corporate usury, government corruption and abuses, state-sanctioned torture, criminalization, underdeveloped men and institutional inequalities are the exception, NOT the rule. You, THE PEOPLE, are the most powerful force in this nation. Let us wield that power together and forge a more perfect union.

We also urge all those who can to donate $10 or more to the Prisoner Hunger Strike Solidarity coalition at California Prison Focus, www.prisons.org. 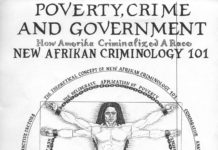