San Francisco – Revealing evidence of a fabricated police report, excessive force against a blameless merchant and police theft, San Francisco Public Defender Jeff Adachi called Thursday on the SFPD to: 1) launch an immediate investigation into new reports of police misconduct, and 2) to institute a zero tolerance policy for officers who steal or who lie in police reports. 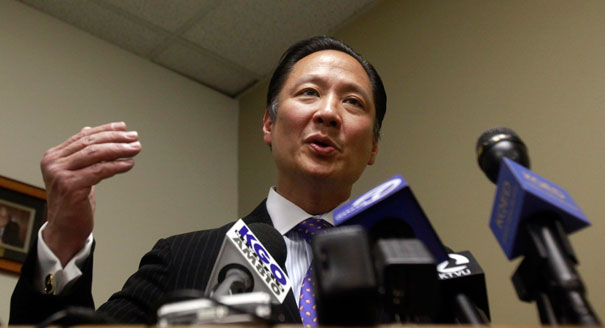 Surveillance footage released at a news conference at the Public Defender’s Office shows police responding to an Aug. 16, 2011, call regarding two men arguing outside a Richmond District market. The video shows officers interrogating market owner Charles Tran, age 44, who was not involved in the fight and has no criminal history.

Police then pushed Tran without provocation, slapped his hand, yanked his arm behind his back, handcuffed him, threw him against a wall and kicked his legs out from beneath him, causing him to fall to the pavement. Tran was then handcuffed on the ground for 15 minutes in front of his store before being released.

The report describing the incident was signed by police under penalty of perjury. In an apparent attempt to justify the excessive force, the report falsely described Tran as balling his fist and taking a fighting stance against the officer.

This description cannot be reconciled with the video. Tran and his family filed a complaint against officers today with the Office of Citizen Complaints. The officers involved in the incident are Joseph Filamor, who used excessive force, and Kevin Ison, who wrote the false report.

“The manner in which Mr. Tran is treated by officers is unconscionable and unconstitutional. Creating a false report compounds the injury to Mr. Tran,” Adachi said. “It is further evidence of a police department culture that ignores residents’ rights and permits officers to perjure themselves in order to justify their conduct. The Police Commission recently ratified its commitment to community policing; abusing business owners at their place of work flies of the face of the stated policies of the department.”

Today’s evidence follows a series of surveillance videos released by the Public Defender’s Office in March through May of this year showing systematic misconduct among officers, including illegal searches, excessive force, theft and perjury. The revelations spawned an ongoing federal investigation.

The public defender renewed his call on the chief and the commission to establish a zero tolerance policy for officers found to have lied in police reports or to have committed theft. “In any other workplace, employees lose their jobs for lying and stealing. We should hold police officers to at least the same standard as the general public.”

“In any other workplace, employees lose their jobs for lying and stealing. We should hold police officers to at least the same standard as the general public.”

The Public Defender’s Police Misconduct Unit released information today in five cases involving alleged theft by officers. The complaints implicate Mission Station officers – including Ricardo Guerrero, Peter Richardson, Jacob Fegan, Kevin Healy and Robert Sanchez – in the thefts. Those officers were implicated in previous cases of misconduct, including an incident in which Guerrero is caught on video carrying a duffel bag filled with personal items out of a man’s hotel room. The man later reported the items missing and they were never booked into evidence. 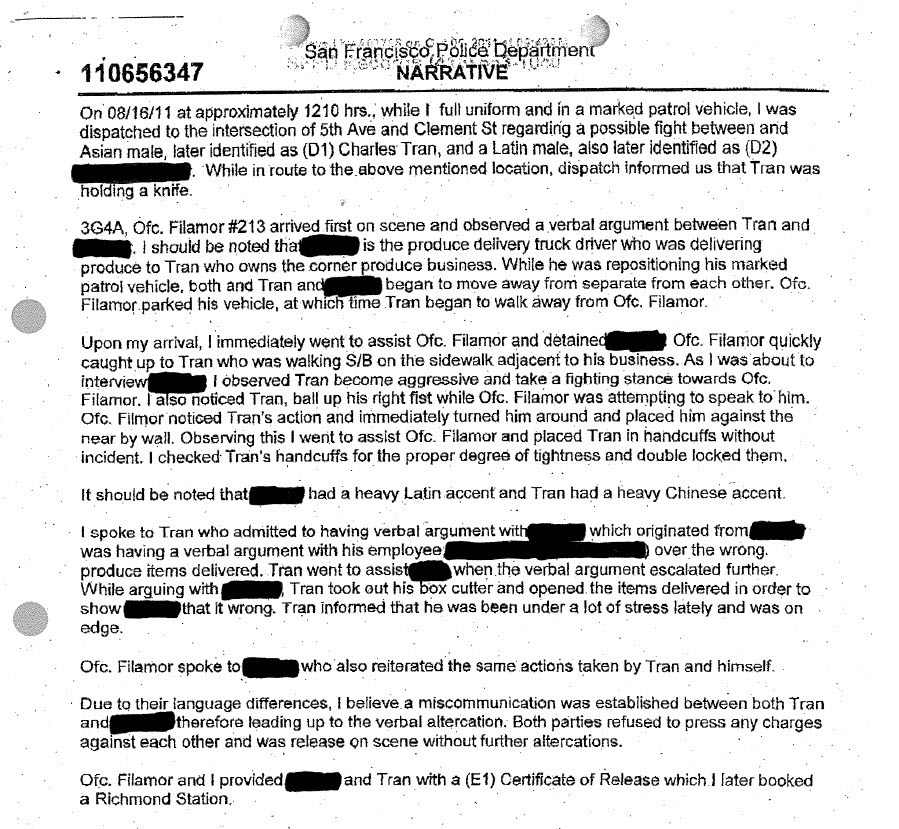 The new complainants include:

• Rick Short, who alleges that officers stole $10,000 in cash from a safe in his bedroom during the execution of a search warrant on April 30, 2011. Short’s case has been dismissed. His story is corroborated by witnesses. Officers involved in his case are Michael Wibunsin, Peter Richardson, Ricardo Guerrero, Robert Sanchez and Jacob Fegan.

• Joe Melvin, who was not charged with a crime, who alleges officers stole $300 and a Nokia Internet Tablet while he was detained during a search of his apartment in 2011. Melvin’s roommate was the subject of the search warrant. Officers involved in the search were Jacob Fegan, Ricardo Guerrero, Peter Richardson, Robert Sanchez, Kevin Healy, Jeffrey Cuenca and John Cvetovac.

• Robert Karganilla, who claims police stole his Canon Powershot camera during a May 12, 2010, routine traffic stop. The Office of Citizen Complaints sustained his claim that police failed to book the camera into evidence. His camera has not been returned and he has not been compensated for his loss.

The Public Defender has compiled a body of information corroborating their statements. Two have passed a polygraph; we were unable to obtain conclusive results on three others. None were found to be deceitful. Further corroborating information is available upon request.

The purpose of my presence at this press conference is to talk about the abusive behavior of certain police officers while they were on duty. I am sure all of you have seen the incident depicted in the video which has been just shown to you. Mr. Rorty also read you the police report written by the officers, but the report is not telling the truth. They lied about what happened.

This incident occurred on Aug. 16, 2011, on the sidewalk of Clement Street and Fifth Avenue in San Francisco. Around 12 noon that day, I was detained and abused without any particular reasons by several police officers. I was released about 15 minutes later.

After the incident, I was traumatized and mentally collapsed. It has been affecting my work and my life, and I feel as if I am constantly living under the shadow of what happened to me on that day.

I feel fortunate that I have the opportunity to be heard and tell my side of the story in this press conference today. I hope I can soon untie this knot in my heart and wish that such unfortunate incidents will not happen to others in the future.

Finally, I want to thank all my friends and family who have been supporting and encouraging me. I especially want to thank my public defender, Mr. Adachi, and his colleagues for their help. You can all witness today their devotion to their work for the public and they voice the opinions for the people.

I especially want to thank my public defender, Mr. Adachi, and his colleagues for their help. You can all witness today their devotion to their work for the public and they voice the opinions for the people.

Thank you, and I hope you all have a nice day.

Larry Roberts can be reached at larry.roberts@sfgov.org.