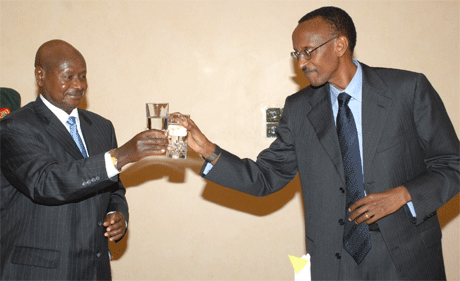 On Saturday, Nov. 5, on KPFA Weekend News, I reported Bloomberg Business news that the Rwandan government had returned 90 tons of minerals smuggled into Rwanda from Congo. I contextualized it by quoting sections of the 2001 “Report of the Panel of Experts on the Illegal Exploitation of Natural Resources and Other Forms of Wealth of the Democratic Republic of the Congo.” At the end, I added the voice of William Mitchell Law Professor Peter Erlinder. Professor Erlinder and I had agreed that neither of us could know exactly why this was happening, not having been present in the government circles where it had been decided.

I do know that the return of the 90 tons of minerals was reported by the Rwandan government delegation at the Third International Conference on Genocide at Sacramento State University on Thursday, Nov. 3, because I attended the conference on that day, the second day of the three-day conference. They reported the news as evidence of the current Rwandan government’s good will towards its eastern Congolese neighbors and of progress towards regional peace.

The Enough Project reported the same incident, in their post, “Rwanda Returns Congo Minerals But Distrust Remains,” and included a hot link to the same U.N. report I quoted, describing it as evidence of the Rwandan Army’s “involvement in looting the Congo’s vast mineral wealth” but without reference to the donor nations, foreign corporations, cargo companies, big private banks and the World Bank that the U.N. report described as facilitators of the smuggling. 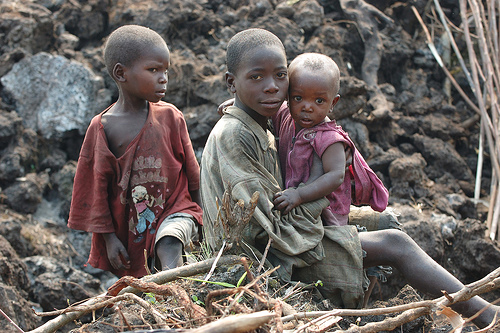 Nevertheless, even the Enough Project reported what had already been reported elsewhere, that “in fact, even as officials from the two countries celebrated the mineral exchange, Congolese customs officers caught 42 bags of minerals – each weighing 50 kgs – being smuggled across the border in a Rwandan registered Jeep.”

What can we know? This much at least, and what was in the U.N. report, which I did my best to highlight for KPFA Weekend News. And we know that the cost of all this has been millions of African lives, somewhere between 6 and 10 million. The majority have died of hunger, disease and other hardship on the road or in refugee camps, after being driven from their resource rich land.

KPFA/Ann Garrison: The 2001 U.N. Panel of Experts on Illegal Minerals Trade in the Democratic Republic of the Congo reported that militias fighting in Congo were closely allied with Rwanda and Uganda and that they were smuggling Congolese minerals across the eastern Congolese border into both countries. The experts also reported that Rwandan President Paul Kagame and Ugandan President Yoweri Museveni were then “on the verge of becoming the godfathers of illegal resource exploitation and ongoing conflict in the Democratic Republic of the Congo. They have,” the U.N. experts wrote, “indirectly given criminal cartels a unique opportunity to organize and operate in this fragile and sensitive region.”

In Paragraphs 181-190, the experts described the complicity and/or collaboration of donor nations, foreign corporations, cargo companies, private banks and the World Bank. The World Bank, they said, gave the impression of rewarding both Rwanda and Uganda for plundering the Congo by proposing them for a new debt relief program.

The experts also pointed to evidence of direct and indirect involvement by embassy staff and cooperation with agencies from developed countries. And they singled out the United Kingdom, Northern Ireland, Denmark, Germany and the U.S. as the main bilateral donors to Uganda and Rwanda.

In Paragraph 197, the U.N. experts named four Rwandan business associates of Rwandan President Paul Kagame and said that “what all four share is direct involvement in the exploitation of natural resources in the areas of Congo controlled by Rwanda.” In Paragraph 212, they wrote that Rwanda, by plundering Congolese resources, had been able to create a “self-sustaining war.” 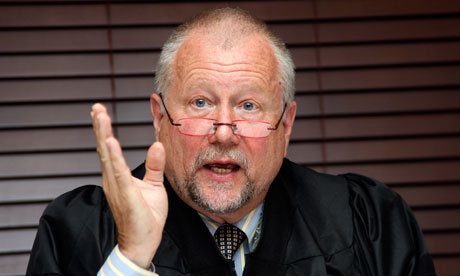 William Mitchell Law Professor Peter Erlinder is plaintiffs’ counsel in Habyarimana vs. Kagame, a civil lawsuit in U.S. courts, alleging that President Kagame ordered the assassination of the Rwandan and Burundian presidents that triggered the Rwanda Genocide and then plundered the Democratic Republic of the Congo in consequent wars. Erlinder told KPFA it’s good that Rwanda has agreed to return 90 tons of stolen minerals to Congo but that he shouldn’t now be rewarded for returning what never should have been stolen:

Peter Erlinder: Well, the Security Council has known since at least 2001 and 2004 that Rwanda has been engaged in stealing minerals from the Congo on a massive scale for more than 10 years, at a rate of at least $250 million a year. The amounts have been huge. Anyone who knows Rwanda knows that nothing goes in or leaves Rwanda of any consequence without the Kagame regime knowing about it.

The Kagame regime knows about these minerals that have been entering Rwanda illegally for all these years. We’re happy they gave a little back, but they never should have invaded the Congo and occupied the eastern Congo in the first place, so there should be no points given for having emptied the cookie jar and then giving back one of the cookies.

There should be no points given for having emptied the cookie jar and then giving back one of the cookies.