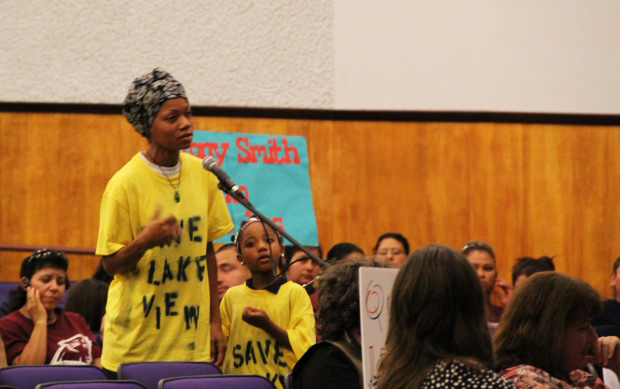 In the beginning of September, Oakland Unified School District (OUSD) blindsided parents with the news that it would vote as early as Oct. 26 to balance its budget on the backs of Oakland’s children. Superintendent Tony Smith proposed a plan that would begin with the closing of five elementary schools: Lakeview, Lazear, Santa Fe, Thurgood Marshall and Maxwell Park.

This first phase of the plan would displace 1,500 children and break apart various school communities in order to save a mere $2 million out of a $400 million a year budget. The culmination of the plan would eventually include the closure of over 30 schools in Oakland from elementary to high school. 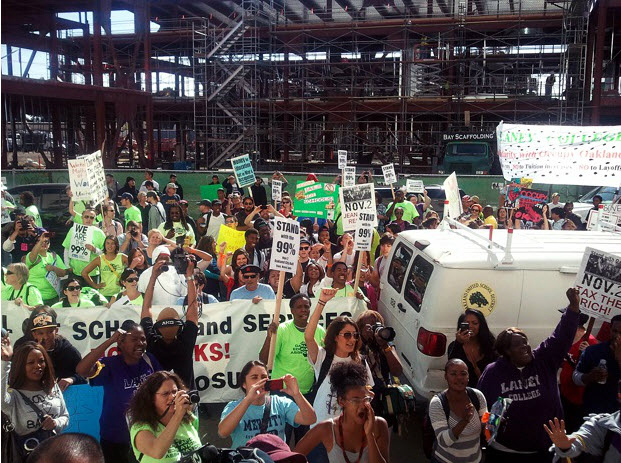 This plan lacked transparency and included no community input into a decision that would impact thousands of families. A movement has formed around the school closures spearheaded by the Concerned Parents and Community Coalition (CPACC) and supported by various organizations, from the NAACP to members of Occupy Oakland.

General Strike to save Oakland schools

On Oct. 26, despite hours of impassioned testimony, the Oakland Unified School District School Board voted to close five elementary schools in Oakland. But the struggle didn’t stop.

A week later, on Nov. 2, teachers, students and concerned parents joined Occupy Oakland’s General Strike by supporting a school walkout. Protestors met at Laney College for a rally and around 11:45 a.m. began marching to the OUSD Main Office Building on Second Avenue. 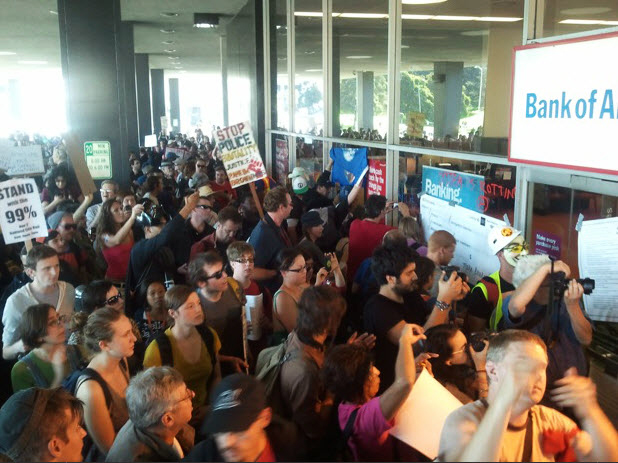 In front of the OUSD Main Office, frustrated parent coalition leaders served OUSD spokesperson Troy Flint a people’s notice of eviction. And they didn’t stop there.

The march continued on to Bank of America, where community members in protest made it close for the day. Bank of America is said to be the holder of a loan that costs OUSD $6 million a year, and B of A won’t forgive the loan.

The rallying continued downtown where occupants heard from different community members and organizations. The day concluded with a march to the Port of Oakland that ended up shutting down their business for the night.

The struggle is far from over. Now is the time to stand up and speak out against this attack on public education – an attack designed by those who should be defending it, Superintendent Tony Smith and the OUSD School Board. You can call Superintendent Smith at (510) 879-8200.

Siraj Fowler is a videographer and an Oakland parent and education advocate. He can be reached at siraj6449@gmail.com.

OUSD Strikes Back from New America Media on Vimeo.

OUSD: The Fight Continues from New America Media on Vimeo. 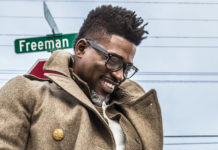 What is David Banner’s God Box? Let him tell you May 4 at Laney College