Oakland – In the month since the second phase of a massive prisoner hunger strike in California ended on Oct. 15, three prisoners who had been on strike have committed suicide, according to the California Department of Corrections and Rehabilitation (CDCR). Johnny Owens Vick and another prisoner were both confined in the Pelican Bay Security Housing Unit (SHU) and Hozel Alanzo Blanchard was confined in the Calipatria Administrative Segregation Unit (ASU). 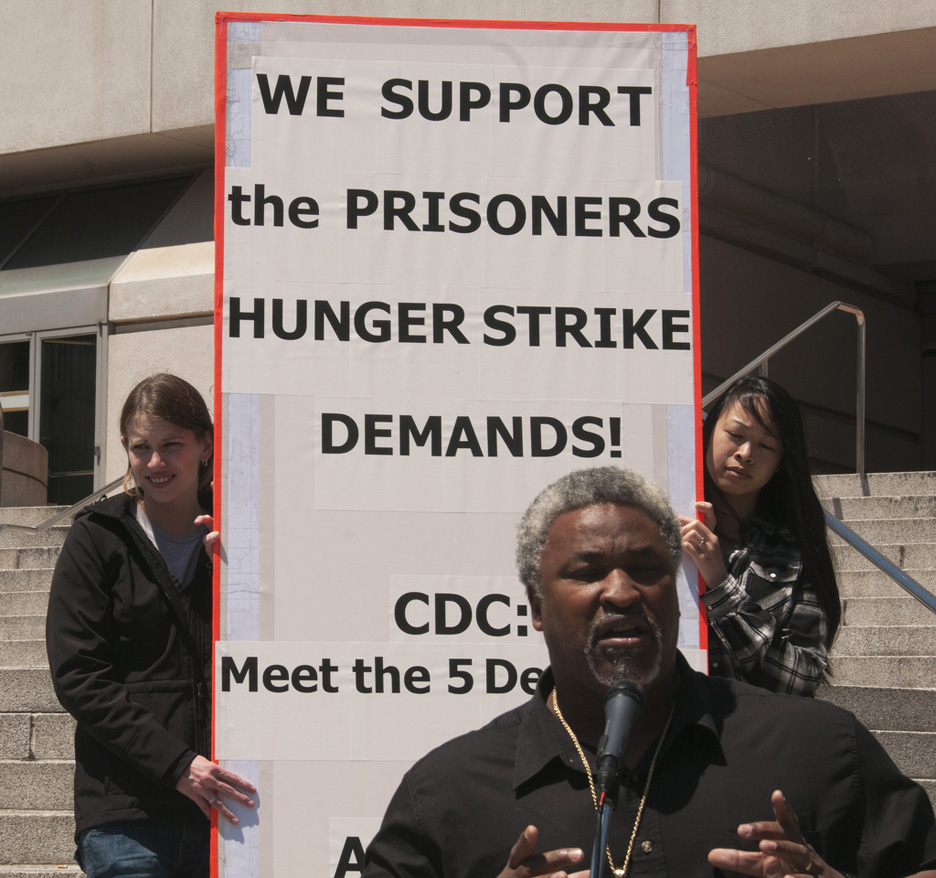 According to reports from prisoners who were housed in surrounding cells and who witnessed the deaths, guards did not come to the assistance of one of the prisoners at Pelican Bay or to Blanchard, and in the case of the Pelican Bay prisoner – whose name is being withheld for the moment – apparently guards deliberately ignored his cries for help for several hours before finally going to his cell, at which point he was already dead.

Family members of the deceased as well as advocates are having a difficult time getting information about the three men and the circumstances of their deaths. CDCR is required to do an autopsy in the cases of suspicious deaths and, according to the Plata case, is required to do an annual report on every death in the system.

Family members have said that their loved ones, as well as many other prisoners who participated in the hunger strike, are being severely retaliated against with disciplinary actions and threats. Blanchard’s family has said that he felt that his life was threatened and had two emergency appeals pending with the California Supreme Court at the time of his death.

“It is a testament to the dire conditions under which prisoners live in solitary confinement that three people would commit suicide in the last month,” said Laura Magnani, regional director of the American Friends Service Committee. “It also points to the severe toll that the hunger strike has taken on these men, despite some apparent victories.”

Prisoners in California’s SHUs and other forms of solitary confinement have a much higher rate of suicide than those in general population. These deaths, however, may not be suicides. Family members of some of the victims and witnesses suspect the cause could be something more sinister.

The hunger strike, which at one time involved the participation of at least 12,000 prisoners in 13 state prisons, was organized around five core demands relating to ending the practices of group punishment, long-term solitarily confinement, and gang validation and debriefing. The CDCR has promised changes to the gang validation procedure as soon as early next year and was due to have a draft of the new regulations for review this November, although it’s not known whether that process is on schedule.

“If the public and legislators don’t continue to push CDCR, they could easily sweep all of this under the rug,” said Emily Harris, statewide coordinator Californians United for a Responsible Budget. “These deaths are evidence that the idea of accountability is completely lost on California’s prison officials.”

Isaac Ontiveros of Critical Resistance, a national grassroots organization working to abolish the prison industrial complex, is a spokesperson for the Prisoner Hunger Strike Solidarity Coalition. He can be reached at (510) 444-0484 or isaac@criticalresistance.org. Bay View staff contributed to this report.