Written Nov. 16, 2011 – I probably need to give you some insight as to who and what you’re dealing with if you don’t already know. These people are professional liars and the mere dialogue between [a prisoner advocate] and Mrs. Terry Thornton [spokesperson for the California Department of Corrections and Rehabilitation (CDCR)] should tell you that this lady is wicked. She is the type of person who would pack up the family and friends and they all will go off to a picnic associated with a lynching, kids and all. 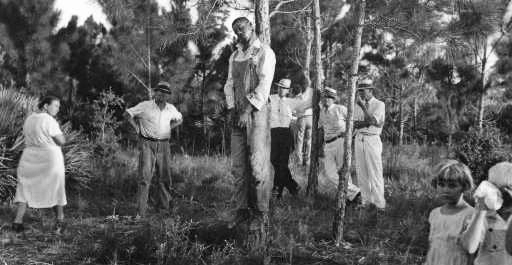 [This is the dialogue Mutope is referring to; it was reported by the advocate in an email received by the Bay View on Nov. 9, which was printed and mailed to him:

“I had the pleasure of speaking with Terry Thorton today. I asked why there was no public information about the prisoner who hung himself one to two weeks ago in ASU (Administrative Segregation Unit at Pelican Bay). She went on to tell me about the prisoner who hung himself a month ago. I told her this was a recent death and she started to ask me just how much I knew about it.

“I told her I know for certain that a nurse was present when a prisoner in ASU suddenly suffered mental health issues and screamed for help for several hours and no one came to his aid, and this was serious and concerning that their agency is entrusted to care for the safety and well-being of thousands of prisoners. She went on to tell me that a sergeant died over the weekend and why was I not more concerned about that? Is her life any less valuable than a prisoner? I told her that I was sorry for their loss; however, I am calling about a prisoner, not a staff member who died from natural causes.

“She asked me if the prisoner was someone important, I was, WHAT? She asked if he was like Charles Manson, someone well known. I told her what is she implying, that a prisoner’s death is not important if he is not a household name?

“And I explained that several prisoners who knew this man are grieving his loss, and this prisoner’s death impacted several prisoners’ mental stability as they heard his cries for help for several hours before his death. And I’m sure the prisoner who hung himself had family, and we’d like to reach out to the family and offer them emotional support.

“She said took down my information and said they will look into this matter, she told me she will not be calling me back but someone else probably will.

“In less than one month, two prisoners at Pelican Bay who had endured long term isolation both hung themselves. I think this is something we have been advocating – that isolation not only creates mental health problems but even suicide.

“I know that there was staff misconduct in this case and that is why they are trying to cover it up. And my feeling is that we should not let them get away with covering up the death of this prisoner, who was not just any prisoner but was in fact considered a jailhouse lawyer by all the prisoners he had been helping.

We should not let them get away with covering up the death of this prisoner, who was not just any prisoner but was in fact considered a jailhouse lawyer by all the prisoners he had been helping.

“I’m not sure how others feel about this, but I think if there are any legal visits taking place, then a visit to Pelican Bay ASU should take place to interview the prisoners who were present so they could be questioned privately. Clearly there was staff misconduct and they don’t want the public to know about it.”]

We all are aware of the two suicides and we been trying to tell brothers and sisters or anyone who will listen that people been dying and will continue to die, which is why we went on the hunger strike. We still got people dying right now and people think it’s a drive-by struggle, which is far from the truth.

We will continue to push forward united and committed to our cause to be liberated from these torture chambers. We have not benefited off none of our sacrifices to this day. Yet we will expose the perpetrators constantly, no matter what the retaliation may be.

We will continue to push forward united and committed to our cause to be liberated from these torture chambers. We have not benefited off none of our sacrifices to this day. Yet we will expose the perpetrators constantly, no matter what the retaliation may be.

CDCR and PBSP (Pelican Bay State Prison) took 15 of us to ASU H-Row and held us in freezing cold cells. On top of that, while we were subjected to this cruel and unusual punishment, the correction officers (COs) and gang intelligence officers were trashing our property, including thermal tops, bottoms, cosmetics, food, political writings, legal material and books. We lost this outright by criminal acts by prison guards or officials who in retaliation decided to discard our personal property.

We were denied adequate food once we came off the hunger strike, a very pathetic lunch in the morning and a very pathetic dinner, which was that same lunch. The prison officials in their attempt to discourage the hunger strikers deliberately made everyone suffer some kind of injustice simply because prisoners were expressing their First Amendment rights – peacefully, I might add!

I can assure you their harsh treatment didn’t discourage nobody because we all know what’s at stake here and we’re going to expose this criminal empire so that the people in this country can see that “their prisons” are run and controlled by criminals – savages who have a sick and demented mentality – which is why they have set up a prison system where they attack prisoners in a way to try and make them murder themselves by subjecting them to torture until they cannot take it no more.

This is why you have two suicides in a short period of time. It’s the treatment of prisoners that drives someone to disregard their own lives. Well, excuse my language, Mrs. Ratcliff, but we all were willing to die in a hunger strike to get attention and changes to a flawed validation policy, where prisoners are kept in solitary confinement indefinitely by fabricated tales by prison informants and officers.

We are subjected to a diet that is designed to murder each and every one of us as time goes on – i.e., years. Because none of the food is nutritional or healing to one’s body, one’s body naturally will deteriorate, especially since many of us are up in age and we are not getting the calories nor are we getting the nutritional value to keep us healthy. Why would the prison not allow us to purchase vitamins that will compensate for that which they have been unable to provide?

Why can’t we buy green tea, a very healthy antioxidant? Why can’t we buy tuna, our own peanut butter without diglycerides packed in it? Why can’t we purchase chili peppers, jalapenos, etc. that’s high in vitamin C, which we are denied? Why can’t we purchase dark chocolate that’s been proven to be very helpful for one’s brain power? They don’t feed us nothing but two items that’s good for us, an apple and a banana – that’s if they’re not rotten – or you may have to wait two to three days for it to get ripe.

The ombudsman was here during the hunger strike and when we came off the hunger strike, I asked her to try the breakfast. It was one boiled egg, one sausage the size of one’s thumb and some mush and she tried the mush rice and said it’s inedible. But she didn’t report it, which is how the “green wall” works. Plus the food was disproportionately served.

The ombudsman was here and when we came off the hunger strike, I asked her to try the breakfast. She tried the mush rice and said it’s inedible. But she didn’t report it, which is how the “green wall” works.

So it’s a lot of problems. We know that CDCR did not address the violation of long term solitary confinement, which is in violation of national and international law. So we are truly committed to seeing this out and we have no problem with sacrificing ourselves in order to change the conditions, just like the occupiers who were demonized – i.e., dehumanized – in order to justify the brutal treatment of them, as we seen the pigs crack the skull of a marine on national television.