Written Dec. 4, 2011 – On Nov. 30, myself and several other men here – whom CDCR (California Department of Corrections and Rehabilitation) has labeled as “leaders” of the peaceful protests – received serious rule violations, charging us with causing a riot or mass disturbance. They referred the charges for felony prosecution to the local D.A’s office. We’re all hoping the D.A. will file so we can expose these human rights violations even more. 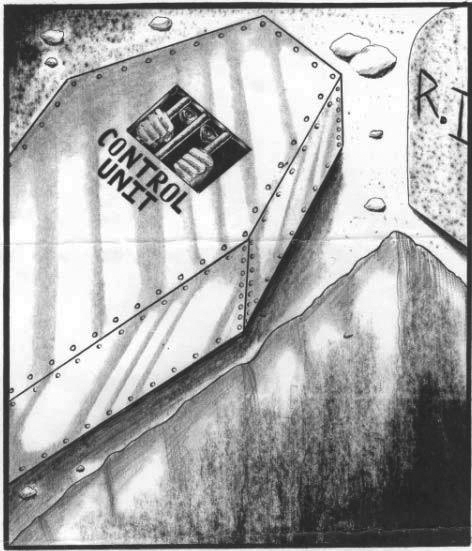 With respect to Ad/Seg units having a voice, we’d included all SHUs and Ad/Seg units from the beginning in our formal complaint and in letters from me and others, and in the July protest, all the SHUs and many Ad/Seg units were referenced by the media.

It’s a good thing to have some exposure of related violations – torture going on in the Ad/Segs. We all need to be united and work together on making the wrongs in this system right!

It’s a good thing to have exposure of torture going on in the Ad/Segs. We all need to be united and work together on making the wrongs in this system right!

The Ad-Seg/ASU (Administrative Segregation Unit) units are bad news! I was never housed in them until being put in the one here on Sept. 29. This was CDCR’s retaliatory action against 15 of us here.

We were all isolated on a tier, in strip cells with nothing but a set of clothes and fish kit – spoon, cup, bar of soap etc. – with ice cold air blasting outta the vents! The warden personally told us, “As soon as you eat, you can go back to your SHU (Security Housing Units) cells.”

My “mattress” was not even a mattress. It only had lumps of padding in places and was only 50 inches long – on ice cold concrete. This was all intentional, by design. They know that when a person is subject to cold, the body requires more energy. When you’re not eating, the ice will cause your body to feed on muscle and internal organs and the brain etc. much faster. Permanent damage can happen a lot faster.

When a person is subject to cold, the body requires more energy. When you’re not eating, the ice will cause your body to feed on muscle and internal organs and the brain etc. much faster.

And the way it (the unit) is built, it’s next to impossible to get staff’s attention if one of us fell out in the cell. We’d have been through – DOA! We were there until Oct. 13, and I went from 200 pounds to 176 pounds. We were going to remain there to the death.

CDCR top administration begged us to come off of the hunger strike, promising real change soon, and made a presentation to our attorneys that satisfied them regarding CDCR’s sincerity. So we agreed to come off – we told our mediation team via phone conference on the 13th that our decision to end our hunger strike was ours alone, and it shouldn’t affect any other prisoners’ decision on their own hunger strike!

After my experience in the ASU, I can see the only major difference between ASU and here in PBSP SHU is the lack of a TV or radio in the cell. CDCR was supposed to retrofit the ASU cells for appliance capability since 2009 – I have the memo!

They’re able to buy the same canteen and get a yearly package after a year. Their yard cages actually are better than our cement ice box yards, because you can see and talk to other guys and have a better view of the outside.

Still, all of these lockup units are foul places to be – even temporarily. And the acts and omissions by staff in such units are illegal – in principle and especially in practice – long term!

It’s very important to include the ASUs in the SHU actions because it’s clear that when CDCR does revise (SHU) policy and men start getting out to general population, there’ll be a lot of abuses by some staff fabricating reasons to “investigate” such prisoners to getting off general population and they’ll be subject to a lot of ASU time – at least at first.

Once a pattern of such abuse of power is established, it can be exposed to the court. Therefore, if for no other reason, it’s critical to include ASUs in the process of challenging SHU issues!

Send our brother some love and light – he is one of the original organizers of the historic hunger strikes that involved over 12,000 California prisoners at their peak in late September, early October: Todd Ashker, C-58191, PBSP D1-119, P.O. Box 7500, Crescent City CA 95532.

Written Nov. 22, 2011 – They continue to torture us like animals. These high ranking officials continue to promise us some change to our living conditions. We continue to stare at four concrete walls with not much to do. 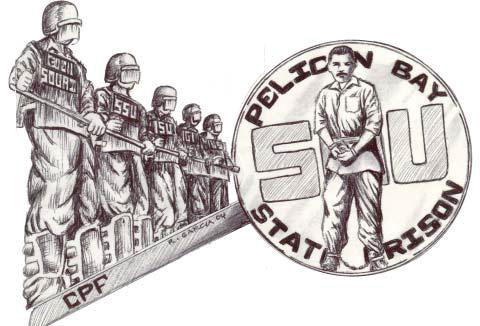 One goes to committee and asks as to our transfers to Pelican Bay SHU, and Assistant Warden S. Anderson, IGI (Institutional Gang Investigator) Trujillo and Warden Leland McEwen simply state that they aren’t changing anything, so “parole, debrief or DIE.” That’s what everyone is getting back in response to these ICC (Institutional Classification Committee) hearings; that in itself is torture.

We would also like to express an individual just hung himself due to this psychologically torturous environment. It’s ugly back here. Now where’s the rehabilitation in that aspect?

The conditions definitely has not changed and the validations has yet to yield. IGI Duarte is one of the main individuals abusing his power, continuing to place men in indeterminate isolation.

Conditions in Calipatria ASU have not changed, and all we continue to hear is lies, lies, lies and more lies! With this we close with our appreciation and respect.