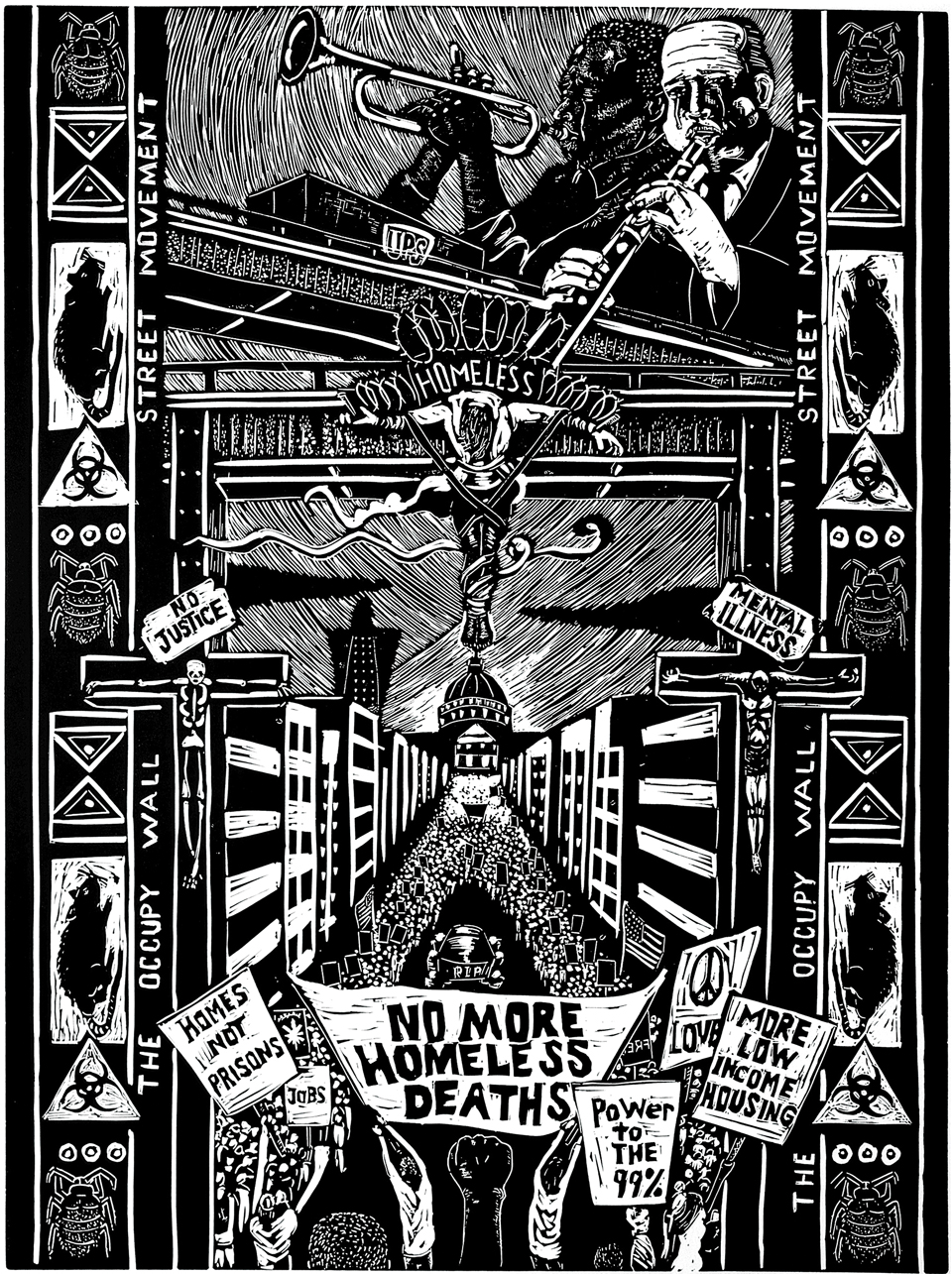 The print I call “The Occupy Homeless Movement” is about the persecution of being homeless. It’s also about my life having to deal with rats and bedbugs that you may encounter being homeless. But also, I believe that the musicians that I put in give hope; they represent the rhythm of life.

The Occupy Movement was always there in the print, even though I started the print before the movement. In it you see the struggle of the people – the rich people against the little people – and the little people are tired of getting stepped on. But I was working on this and the Occupy Movement came and it gave a voice and a name to what I was doing. Occupy speaks not only to homeless people but it gives voice to everyone, whatever they’re going through – foreclosure, job loss etc. It’s the voice of the people.

The bridges in the print are ironic because people say, “At least I’m not sleeping under a bridge.” And I thought I’ll never be there too. But here I am, sleeping under a bridge. So I’m using this image of a homeless guy being crucified on a bridge. It’s like he is both dying because of the difficulties he faces but he is also condemned by society. And the UPS truck, that is just there because those are the guys that wake me up every morning when they come to work. 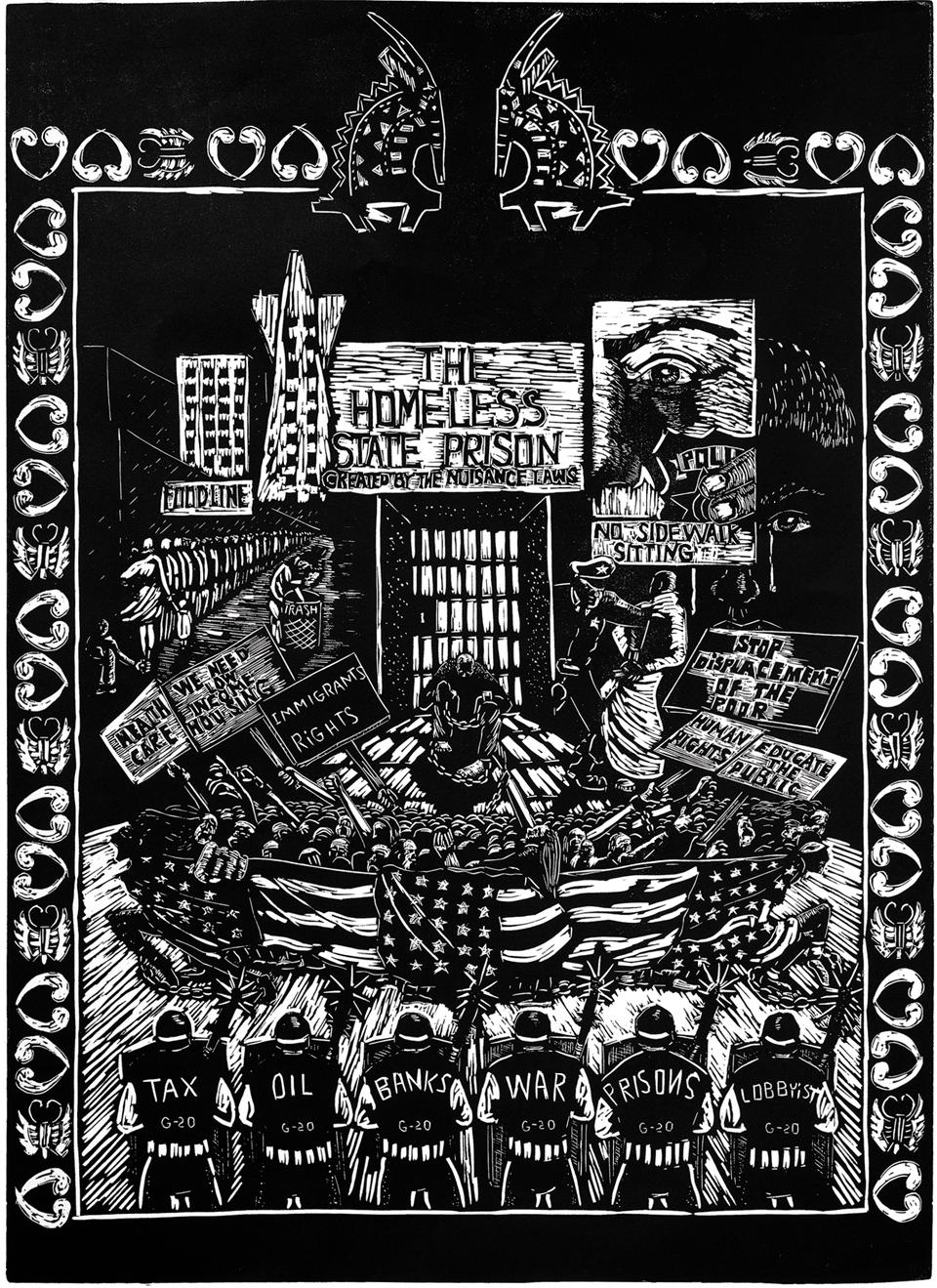 The border design is based on Japanese and African patterns that I pulled together. The border gives the print beauty and softens the edges. I always try to find something to soften the image because I get into some real painful circumstances in the image and these softening elements like the border and the musicians give my work hope.

Both this print and the other print I call “Homeless State Prison” have a section of them that was taken from a woman printmaker of the 1930s. In “The Occupy Homeless Movement,” the central funeral parade is from a print by Adelyne Cross Eriksson about the General Strike in 1934 San Francisco. In “Homeless State Prison,” the bread line comes from a print by Claire Leighton. I feel the sorrow and the power of their work. I see the suffering of people that they capture in their work. I saw that and I added my twist.

Ronnie’s statement was recorded and transcribed by his friend, Art Hazelwood, www.arthazelwood.com. Longtime Bay View readers will remember “J-Cat and Bootzilla,” Ronnie Goodman’s wonderful comic strip that he drew for years in San Quentin and mailed to the Bay View for scanning and printing in every paper during much of the ’90s.