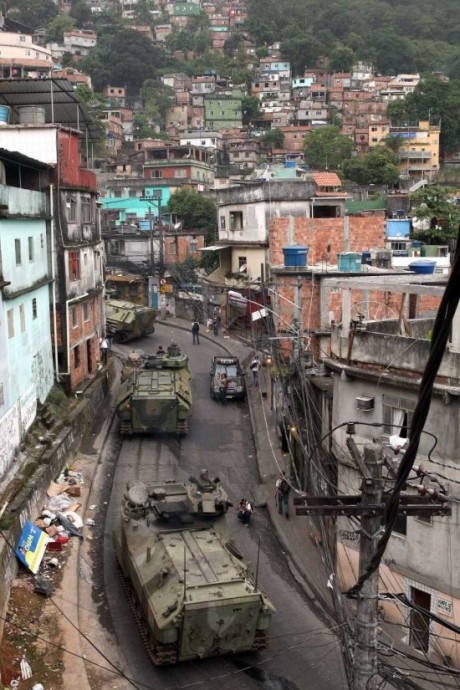 The Nov. 13 attack on Brazil’s Rocinha neighborhood and its ongoing occupation by MINUSTAH-trained soldiers together with Brazilian police is a dramatic case of a peacetime merger of military and police to make war on their country’s poor. It is not the first, and it certainly won’t be the last.

For an excellent background account of the events that led to the occupation of Brazil’s favelas, see “Human Rights Abuses in Brazil’s Favelas Ahead of World Cup and Olympics.”

The “peacekeepers” are the fastest-growing branch of the U.N., with a budget of U.S. $8 billion and over 110,000 troops serving 15 operations. Ten percent of this budget is spent on Haiti – a small country that is not at war – to train foreign troops for future warfare against their own civilians.

Ten percent of the budget for U.N. peacekeepers is spent on Haiti – a small country that is not at war – to train foreign troops for future warfare against their own civilians.

Another instance of violence first practiced on Haiti – in Gonaives after hurricanes Ike and Jeanne – exported to the U.S. – New Orleans after Hurricane Katrina – and returned to Haiti – Port-au-Prince after the earthquake – was the rampant corruption that thwarted reconstruction efforts despite huge sums of charitable donations.

Yet another attack on Haiti was the removal of its democratically elected leaders and their replacement by a succession of IMF, World Bank and now U.N. sycophants. 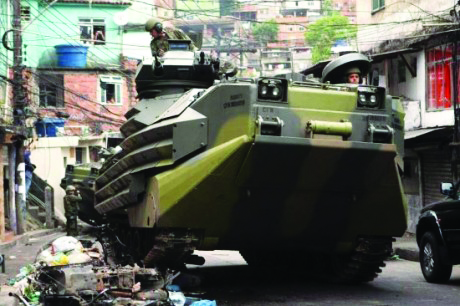 This summer, in the West, some might have glanced at their flat-screen televisions in between jokes and sips of wine, as U.N. “peacekeepers,” together with France, forcibly replaced Ivory Coast President Laurent Gbagbo with IMF economist Alassane Ouattara five months after Laurent Gbagbo was declared the winner of his country’s elections.

And yeah, the tainted waters and vaccines will come your way too … unless you help us to stem their flow in Haiti.

It is not charity that Haiti needs, but solidarity against the imperial machine and a prudent sense of self preservation.