Thousands of war prisoners under threat of imminent death

It is with great disappointment that I receive the news from foreign media publications and Libyan sources that our president now has 12,000 U.S. troops stationed in Malta and they are about to make their descent into Libya. 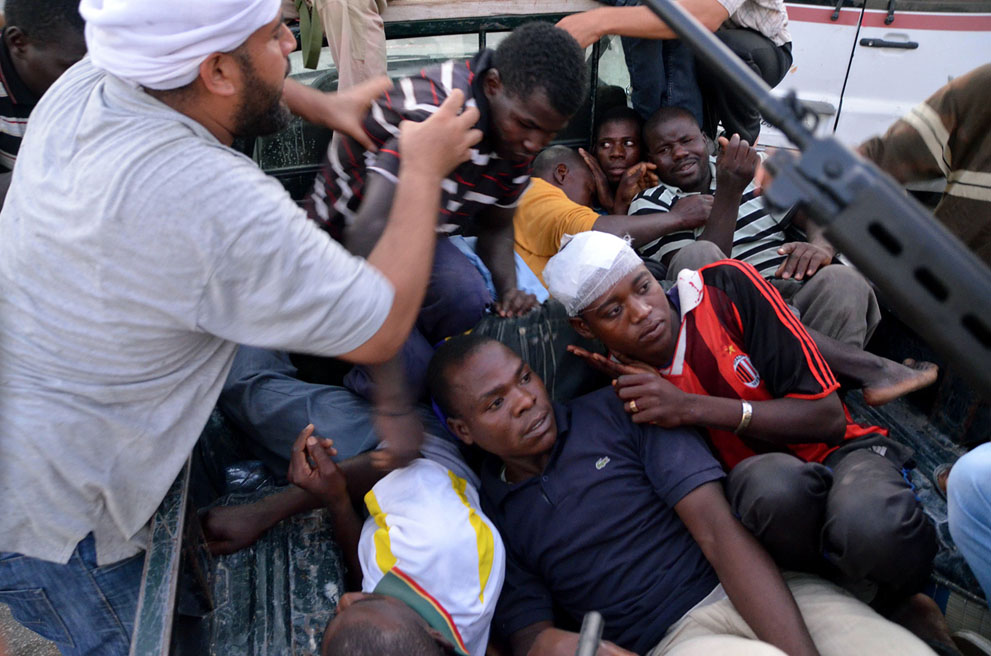 For those of you who have not followed closely the situation in Libya, the resistance to rule of the National Transitional Council is strong. The National Transitional Council (NTC) cast of characters has about as much support on the ground as did Mahmoud Abbas before the United Nations’ request for Palestinian statehood or Afghanistan’s regal-looking but politically impotent Hamid Karzai or, for that matter, George W. Bush after eight years.

The NTC not only has to contend with a vibrant, well-financed, grassroots-supported resistance, but the various militias of the NTC are now also fighting each other. I believe this “sociocide” of Libyan society, as we previously witnessed in Iraq and Afghanistan before it, is part of a carefully crafted plan of destabilization that ultimately serves U.S. imperial interests and those of a Zionist state and its U.S. agents who are bent on Greater Israel’s suzerainty over huge swaths of Arabic-speaking populations. Pakistan is also on the list for neutering in Muslim and world affairs, saddled with its own unpopular civilian leadership that finds itself in the hip pocket of the United States for survival, often getting sat upon by its fiscal guarantor.

The “Arab Spring” has sprung and the indelible fingerprints of malignant foreign financed operations must be erased if the people are to have a chance to truly govern themselves. Unfortunately, these foreign-inspired organizations are present and operating in just about every country in the world. The threat is ever-present like sleeping cells – all that is needed is that the right word to “activate” be given. Both Daniel Ortega and Hugo Chavez can write tomes on the impact of the National Endowment for Democracy in the political life of their countries. 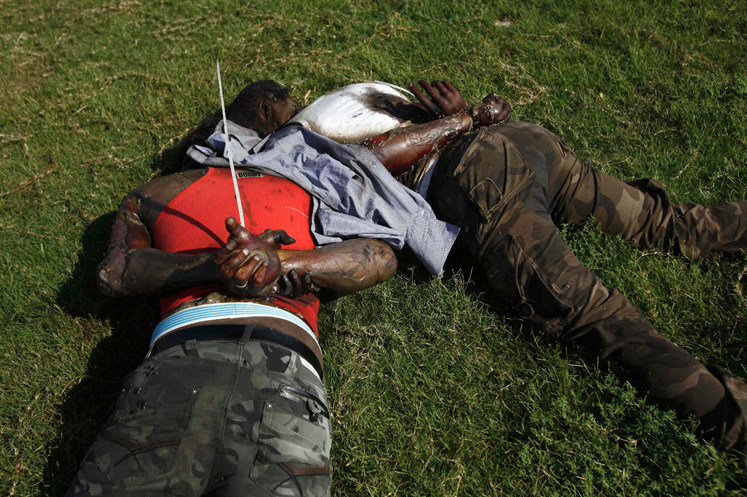 In other words, those who create the chaos have a plan and, in the midst of chaos, they usually are the ones who will win. Those who wrote the plan of this chaos were affiliated with the Project for a New American Century – read A Clean Break if you already haven’t. Gen. Wesley Clark told us of the plan to invade and destroy the governments of seven countries in five years: Iraq, Syria, Lebanon, Libya, Somalia, Sudan and Iran.

“These people took control of the policy in the United States,” Clark continues. He concludes, “This country was taken over by a group of people with a policy coup: Wolfowitz, Cheney, Rumsfeld, and … collaborators from the Project for a New American Century: they wanted us to destabilize the Middle East.” Richard Perle, Bill Kristol publicize these plans and “could hardly wait to finish Iraq so they could go into Syria,” Clark goes on. “The root of the problem is the strategy of the United States in this region. Why are Americans dying in this region? That is the issue,” he finishes.

Now, from Libya, reports are that even while the Misrata rebels – NATO allies responsible for the murder of hundreds of Libyans, including Moatessem Qaddafi – attempted to scale the petroleum platforms in Brega, an important oil town in Libya, they were annihilated by the Apache helicopters of their own NATO allies. A resistance Libyan doctor-become-journalist reported Thursday that all of the petroleum platforms are occupied by NATO and that warships occupy Libya’s ports.

Photographs show Italian encampments in the desert with an announcement that the French are to follow. Another news outlet reports that Qataris and Emiratees are the engineers now at the oil plants, turning away desperate Libyan workers. While long lines exist for Libyan drivers to get their gas, foreign troops ensure the black gold’s export. Libyans lack enough food and the basics, the country has been turned upside down and contaminated with uranium while the true number of dead and unaccounted for remains high and unknown. 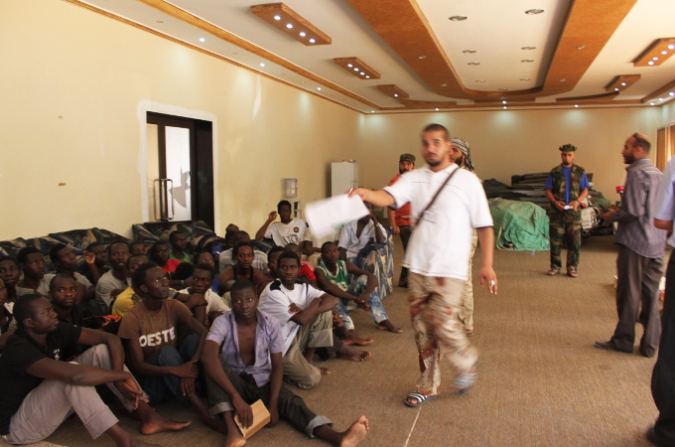 Thousands of young Libyans, supporters of the Jamahiriya, languish under torture and assassination in a Misrata prison where a humanitarian disaster is about to unfold because Misrata rebels want to kill them all and have already attacked the prison once to do so. An urgent appeal to contact the International Red Cross was issued yesterday to help save the lives of the prisoners.

And finally, Black Libyans continue to be targeted for harassment and murder in Libya by U.S.-NATO allies on the ground. Teaching hate, given the images of U.S. soldiers in Afghanistan released yesterday urinating on Afghani dead bodies, is not a difficult thing to do, it would seem. Videos are posted of Black Libyans being beaten, whipped, threatened, harassed and humiliated. These videos remind me of the antebellum South – reminiscent of the days of slavery and the Confederacy.

So, when I use the word “descend” to describe U.S. anticipated actions, I mean just that: U.S. troops are about to descend into the hell on Earth created by their president and the leaders of other countries who approved of, aided or participated in the death of Libyan-owned society. A report from last night indicates that one militia, fearing other militias, even invited foreigners in to protect them.

I hope the report that I’m reading from Jan. 12, 2012, is not true. I hope our president has not sent 12,000 troops of occupation to Malta destined for Libya. Lucy Grider-Bradley of our DIGNITY Delegation just yesterday reminded me of the words of a high-ranking Libyan Jamahiriya Foreign Ministry representative who just happened to be at the Tunisia-Libya border office at the same time we were waiting there. He said, “Let the Americans come. We want them to taste our sandwiches. We will give them the same serving they got in Vietnam.” 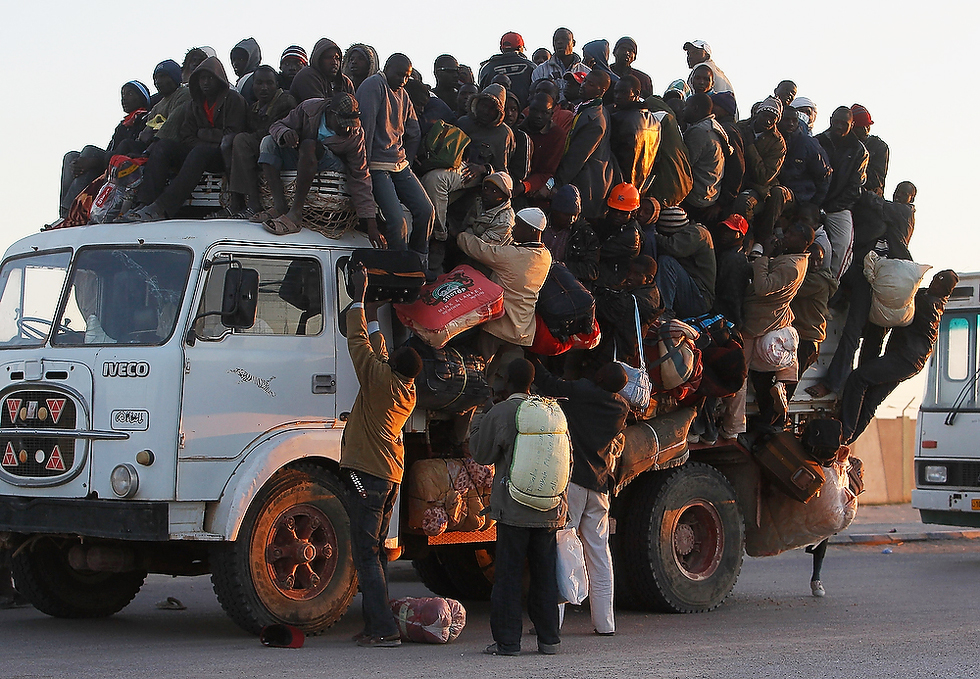 Please write to our president by clicking here and ask him not to send troops of occupation – or whatever “euphemism de jour” this administration chooses to use – to Libya.

To save the lives of the young men in prison, please e-mail the International Red Cross at any or all of the e-mail addresses given below: 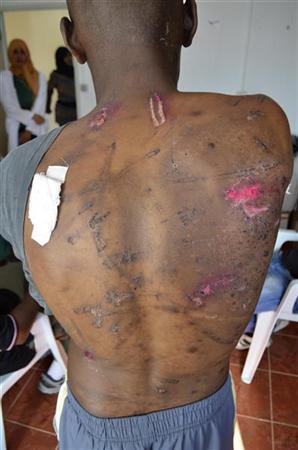 And then please view the most recent addition to the extremely valuable work of a young documentarian, Julien Teil, who caught Amnesty International red-handed in proselytizing the lies in the lead-up to this Libya debacle that they tried to take back. In short, Amnesty admits that the “African mercenaries” was just a rumor from the start. How many Black Libyans are suffering and have died because this woman and others like her, safely ensconced in their seats of authority, used them to proffer lies instead of protect the truth? The video is in both French and English and can be viewed here:

Cindy Piester, a documentarian who hosted the last event that I attended with my aunt in Ventura, California, just finished a film, “On the Dark Side in Al Doura: A Soldier in the Shadows,” in which Dick Cheney says that the United States has to “work toward the dark side, spend time in the shadows, in the intelligence world.” He goes on to say, “A lot of what needs to be done will have to be done quietly without any discussion, using sources and methods that are available to our intelligence agencies.” View her extremely well-done and sad film here.

And please, don’t let this gang of coup plotters take you and this country into the shadows where we don’t need or want to be.