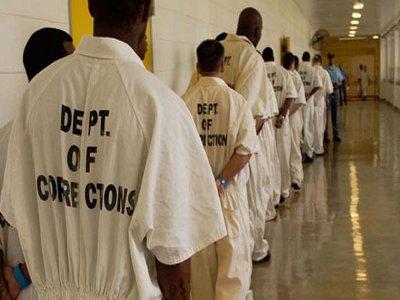 A year ago this month, Black, White and Brown inmates in a dozen Georgia prisons staged a brief strike. They put forward a set of simple and basic demands – wages for work, decent food and medical care, access to educational and self-improvement programs, fairness and transparency in the way the state handles grievances, inmate funds and release decisions, and more opportunities to connect with their families and loved ones.

A short-lived formation calling itself the Concerned Coalition to Respect Prisoner Rights came together and met with the Georgia Department of Corrections. In the last weeks of 2010 teams of community observers were allowed to visit Macon State and Smith prisons, where they examined facilities and interviewed staff and prisoners.

The Concerned Coalition to Respect Prisoner Rights was supposed to issue public reports of its fact-finding prison visits. That never happened. It was to have initiated a long-term dialog with state officials in pursuit of the inmates’ eminently just and reasonable demands. That never happened either.

It should have called public meetings and begun to organize a lasting campaign to educate the public on the meaning of Georgia’s and the nation’s prison state and the possibilities for radical reform. These are the things the prisoners expected of their allies and spokespeople on the outside.

But compromised and undermined from within and without, the coalition was unable to make any of these things happen. Thus the trust that Georgia prisoners placed in activists outside the walls to organize in support of their demands was betrayed.

From the beginning, members of the coalition uncritically deferred to a single one of their number with extremely limited local availability. That leading person vetoed public meetings, the establishment of an interactive web site or even a steering committee listserve, insisting that nobody else could be trusted to manage or access the coalition’s contacts.

The trust that Georgia prisoners placed in activists outside the walls to organize in support of their demands was betrayed.

So apart from the limited interactivity of a seldom updated Facebook page, the coalition maintained no easily found point of public contact. This leading person, in sole charge of calling meetings, simply stopped emailing or telephoning this reporter and others who contributed significantly to the cause of the prisoners.

State authorities did their part to gut the coalition as well. Georgia got a new governor at the beginning of 2011, who took a keen interest in his own right wing vision of “criminal justice reform.” Taking his cues from an ultraconservative think tank called “Right On Crime,” Gov. Deal is one of those who believes the main thing wrong with mass incarceration is that it’s too expensive.

Aided by the Pew Foundation and a major state contractor, Deal created a commission on “criminal justice reform” composed of judges, prosecutors and state legislators to approve what his consultants cooked up – a hodgepodge of recommendations to shrink the state’s maximum and medium security institutions while greatly expanding probation, home monitoring, workfare, closely supervised “diversion” and misnamed “re-entry” programs, all under the profitable guidance of well-connected “not for profit” entrepreneurs.

True to his name, Deal reportedly made a deal with some leading figures in the Coalition to Respect Prisoner Rights, who bolted the coalition with the expectation that if they help line up Black Democrats behind the white Republican governor’s “criminal justice reform” proposals, they’d get some of the state’s new “re-entry” money. A senior national civil rights leader quietly flew in and out of Atlanta the same day to quietly meet with Gov. Deal about his deal. So the Concerned Coalition to Respect Prisoner Rights withered and died.

And so, a year out from the December 2010 prison strike, it is clear that activists outside the walls have largely failed to honor their commitment to those inside the walls. In the past year, not much has changed. Scores of prisoners alleged to be strike leaders were punitively transferred and locked down in the wake of the strike.

Dozens more who were not strike leaders were savagely beaten, as exemplary reprisals for the strike, and denied medical attention afterward. State officials conspired to hide from his family and the public the whereabouts of one man they beat into a coma for nearly two weeks as he hung between life and death.

A handful of guards were charged, but local prosecutors and grand juries refused to indict. The federal Justice Department, under its first Black attorney general and president, has thus far expressed no interest in protecting prisoners from the arbitrary and brutal retaliation inflicted upon them by Georgia officials.

Inmates with debilitating and life threatening conditions are still mostly untreated. Educational programs are available to less than 5 percent of prisoners, and thousands of Georgia’s prisoners as young as 14, 15 and 16 years old continue to be confined in adult institutions with adults.

Bank of America still has the exclusive contract to handle inmate accounts and levies a parasitic fee each and every time a family member sends an inmate a few dollars and deducts another monthly charge as long as any funds remain in an inmate account. This year as last, thousands of prisoners who speak mainly Spanish are not afforded interpreters at disciplinary hearings, and with no transparency at any level it’s impossible to know whether there is any hint of fairness in these proceedings.

Inmates with debilitating and life threatening conditions are still mostly untreated. Educational programs are available to less than 5 percent of prisoners, and thousands of Georgia’s prisoners as young as 14, 15 and 16 years old continue to be confined in adult institutions with adults.

Politically connected companies like J-Pay and Global TelLink are still allowed to siphon millions each month from the families of inmates by collecting tolls on the money transfers going into and phone calls coming out of prison. Food ranges from bad to merely inadequate, vermin infestations abound and of course Georgia inmates still work every day without pay.

On Wednesday, Dec. 14, a year after the strike, Rev. Kenneth Glasgow of TOPS, The Ordinary Peoples Society, showed up at the Georgia state capitol with some of the families and supporters of prisoners savagely beaten by wardens and correctional officers in Georgia after the strike.

“We are here to reaffirm our commitment to the prisoners who made a principled stand for their own and each other’s human rights a year ago this week. We know the ball was dropped. TOPS and the National Organization of Formerly Incarcerated Persons, along with some others, are picking it up.

We are here to reaffirm our commitment to the prisoners who made a principled stand for their own and each other’s human rights a year ago.

“Over the past year we’ve worked to secure legal and other assistance to the families of some of the prisoners who suffered beat downs in retaliation for the December 2010 strike, and we’ve expanded our work with the National Organization of Formerly Incarcerated Persons. But we know that much more has to be done to fulfill the promise of last year’s coalition.

“For our part, we can promise that the next 12 months out here won’t be like the last 12. Decent food and medical care, wages for work, educational opportunities and the like are ordinary human rights to which everybody is entitled. The Ordinary Peoples Society is ready to work with whoever is willing to advance the human rights of Georgia’s prisoners.”

The question is what will that work look like? How do activists in Georgia bring the questions of the prison state and the rights of prisoners to the front burner as a public and political issue? With the corporate media determined to twist and ignore the issue, and prominent sections of the Black establishment lining up in bipartisan endorsement of a phony “criminal justice reform” package in return for a share of “re-entry program” money, how can this be done?

Hugh Esco, secretary of the Georgia Green Party, thinks he knows: “We’ve worked with people in Georgia communities to come up with 13 demands for the governor and his phony Commission on Criminal Justice Reform. Demands like ending the lifelong discrimination in housing, employment and other areas against persons convicted of felonies, automatically restoring the vote to everyone, including inmates currently in prisons and jails, decent food, health care and education behind the walls, stopping the incarceration of juveniles in adult prisons, decriminalizing homelessness, mental illness, drug use and more. Beginning this week we’ve got persons on the courthouse steps every day courts are in session, first in Cobb and Fulton counties, and within a few weeks in half a dozen other Georgia counties.

“Our volunteers will be petitioning, gathering signatures on these demands. The Georgia Green Party will be sending letters, postcards, phone calls and emails to those who sign the petitions inviting them to phone conferences and face to face public meetings beginning in January and going throughout the year. That’s what a campaign of grassroots public education looks like, and that’s how our party is going to pick up the ball that the coalition dropped last year. Our campaign even has its own website at www.endmassincarceration.org. We are also helping the families of prisoners build their own network of mutual aid and support.

2012 is an election year, so we expect that some of the friends and families of prisoners will join with us to run for seats in Georgia’s state legislature, using their 13 demands as the core of their platform. In this way we will use the elections to educate our neighbors on Georgia’s and the nation’s prison state.

“Using these methods we expect to be able to call well-attended public meetings on the prison state in many parts of Georgia this spring and summer. And 2012 is an election year, so we expect that some of the friends and families of prisoners will join with us to run for seats in Georgia’s state legislature, using their 13 demands as the core of their platform. In this way we will use the elections to educate our neighbors on Georgia’s and the nation’s prison state. Anybody who wants to help in this campaign can contact us at info@endmassincarceration.org. We’re here, we’re serious, and we aren’t going anywhere.”

The 13 demands of the Georgia Green Party’s Campaign to End Mass Incarceration can be found here.

Bruce A. Dixon is managing editor at Black Agenda Report, where this story first appeared, and a member of the state committee of the Georgia Green Party. He can be reached at bruce.dixon@blackagendareport.com.