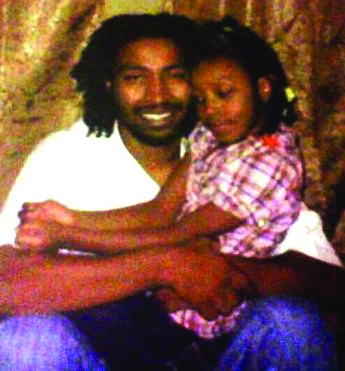 Detroit – Mertilla Jones, grandmother of Aiyana Stanley-Jones, the 7-year-old killed by Detroit police last year in a SWAT-style assault on her home, held Aiyana’s mother Dominika Stanley tightly in her arms as both wept uncontrollably in an elevator at 36th District Court in downtown Detroit Dec. 22.

They had just left the third session of the preliminary exam for Aiyana’s father, Charles Jones, 27, who faces first-degree murder and other charges in the killing of Je’Rean Blake two days before the police raid that killed Aiyana. They had hoped her father would be able to be home with his six little boys for Christmas.

“It will be another Christmas without Aiyana, and now it will be a Christmas without my son,” Jones said. “My sister is sick, I am sick, my family is suffering, but Officer Weekley, who killed Aiyana, is home for the holidays with his family on personal bond. It’s a total conflict of interest that Moran, the same prosecutor against my son, is also the prosecutor against Weekley.”

The prosecution appears to be pulling out all stops to convict Jones, whose family believes it is a veiled attempt to get Weekley exonerated of charges of manslaughter and reckless use of a firearm.

Weekley shot Aiyana to death on May 16, 2010, in the course of the Special Response Team raid that included tossing a “flash-bang” grenade through the window under which she was sleeping with her grandmother. An insider who saw the initial film taken by A & E’s “First 48” camera crew of the raid said it shows without a doubt that Weekley aimed and shot deliberately into the house from its doorway within seconds after the grenade was thrown.

However, he said, the cameraman took the first film out after he saw police rushing out with Aiyana’s body, and replaced it with a second tape. 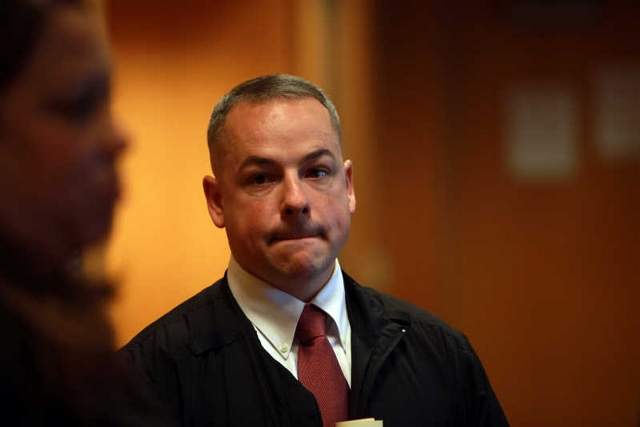 Detroit police said they were looking for Chauncey Owens, the fiancé of Aiyana’s aunt, who lived in the flat upstairs from Mertilla Jones and her family, in a poor neighborhood on Detroit’s East Side. They said they had a warrant charging him in the Blake killing.

There was a heavier than usual police presence in the court due to expectations that 36th District Court Judge E. Lynise Bryant-Weekes might dismiss charges against Aiyana’s father this time. Owens, who had confessed to shooting Blake, refused for the third time to testify that Jones gave him the gun. His attorney, David Cripps, speaking for him, said the immunity agreement offered by the prosecution did not provide immunity against a charge of perjury. 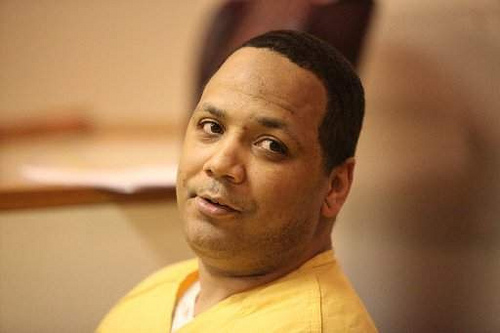 Owens pled guilty to second-degree murder with a provision that he would “tell the truth” about the incident that occured in April of this year. This time, Moran told Owens he would face first-degree murder charges if he did not testify. Owens, however, remained calm, collected and silent.

Cripps and Jones’ attorney, Leon Weiss, of the law firm of Fieger, Fieger, Kenney, Giroux and Danzig, objected that only the presiding judge in the case, Wayne County Circuit Court Richard Skutt, could vacate the plea agreement. Judge Bryant-Weekes agreed.

Moran has appeared to have no other case against Jones. He has not introduced the gun involved into evidence. He has produced no forensic testimony regarding fingerprints on the gun or other proof it belonged to Jones, or witnesses who said they saw Jones give Owens the gun to shoot Blake.

Moran said Schlenkerman gave a statement Nov. 26, 2011, that Owens bragged about the Blake killing to him and said Jones provided the gun, while both were incarcerated in Wayne County Jail.

Cripps earlier said that Owens was being held “in high-security protection at Wayne County Jail, separate from other inmates,” after Owens’ sentencing in front of Wayne County Circuit Court Judge Richard Skutt was adjourned for the fourth time Dec. 2. 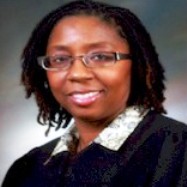 At Weiss’ request, Bryant-Weekes adjourned the preliminary exam until Thursday, Jan. 28, at 1:30 p.m. so that he could prepare a brief arguing that Schlenkerman’s testimony should be excluded, in response to a brief filed that morning by Moran to allow it.

Despite Weiss’ passionate plea to allow his client a “reasonable bond” on a tether over the holidays, Bryant-Weekes remanded Jones back to Wayne County Jail. Weiss said Jones, who appears to have lost a significant amount of weight, is still grieving for his daughter. 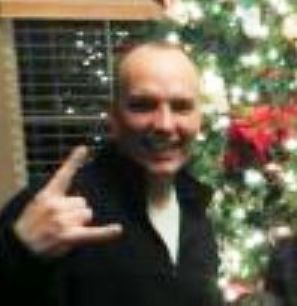 According to jail, court and Michigan State Police records, Schlenkerman has a lengthy criminal record. He is Caucasian, has resided in various downriver suburbs, and runs a business called Comet Floor Coverings, based both in Rockwood and Brownstown Township, according to Wayne County Clerk assumed names records. It has a Facebook page at http://www.facebook.com/pages/Comet-Floor-Covering/202555589776866?v=info.

Schlenkerman was briefly brought into the courtroom by sheriffs, but through the courtroom door instead of the holding cells in back. A call to Wayne County Jail Dec. 24, however, revealed that he is still incarcerated. As he waited, expecting to testify that day, he appeared friendly and jocular with one police officer accompanying him.

Schlenkerman was most recently detained May 28, 2011, by Brownstown Township Police, who alleged felony kidnapping in their request for a warrant.

The charges were reduced in 33rd District Court to aggravated domestic violence, a misdemeanor. Schlenkerman was also charged with violating a personal protection order and contempt of court. He pled “no contest” and was sentenced to six months in jail with 34 days credit for time served, on July 1. That means his release date should have been approximately Nov. 26, the date of his alleged statement.

Schlenkerman also received 18 months probation, during which he is to have his driving privileges revoked for 36 weeks, cannot use alcohol or drugs, or have any contact with the victim.

In chronological order, Schlenkerman’s prior criminal record is as follows: 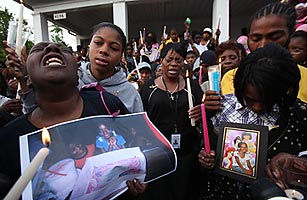 In many of the cases, Schlenkerman had numerous instances of “capias,” or failure to appear for a hearing, including sentencing hearings. There is no record that bench warrants were issued for his arrest in these instances.

Wayne County records show that Wayne County Circuit Court Judge Maggie Drake sentenced Schlenkerman to two days to five years in state prison for probation violations in February of 2006, the most severe sentence he received. But State Police records do not show that sentence was carried out and he is not listed on the Michigan Department of Corrections Offender Tracking Information website.

Detroit-based journalist Diane Bukowski is the publisher of The Voice of Detroit, “the city’s independent newspaper, unbossed and unbought,” where this story first appeared. She was an investigative reporter for the past decade for the Michigan Citizen newspaper and has been an activist in union and people’s struggles for 40 years. She can be reached at diane_bukowski@hotmail.com.