As Christmas draws closer, some parents who aren’t as fortunate as others may wonder how they can provide gifts for their children.

Santa appeared in hip-hop form Dec. 21 in a North Oakland neighborhood as Oakland rap artist Mistah F.A.B. (Faeva after bread) brought joy to his childhood neighborhood, supplying gifts and serving food and entertainment to children whose parents or guardians were not financially able to provide gifts. Along with help from New York Yankees star pitcher CC Sabathia, who was born and raised in Vallejo, and some North Oakland community volunteers, F.A.B. made this possible and brought delight to the many awaiting youngsters whose eyes gleamed with joy and anticipation.

For five years Mistah F.A.B., whose birth name is Stanley P. Cox, has not only dominated the Bay Area rap scene as the prime minister of the hyphy movement, he has also recorded and performed with international stars such as Lil Wayne, Drake and Snoop. F.A.B. has worked just as hard in the communities, not only giving back by way of charity events to his North Oakland community but others as well. “Toys for Joy” is just one of the many programs that he has produced through his self-funded K.I.D.S. program, founded in 2007.

Since it started, the program has organized fundraisers and activities for inner-city youth. Events like celebrity basketball games, camping trips and book club meetings are just a few of the wonderful things that are provided through F.A.B. and his friends and family who help him when these events occur. K.I.D.S. is a program set up to empower the youth of Oakland. His program also helps inner-city youth in Atlanta, Louisiana and New York.

“You got to give for something to live,” said F.A.B. as he tossed the football around with some of the waiting youth. “I started this program to protect the innocence of our youth who are in danger every day when they come out of their house. We are led to believe that only negative things happen here. 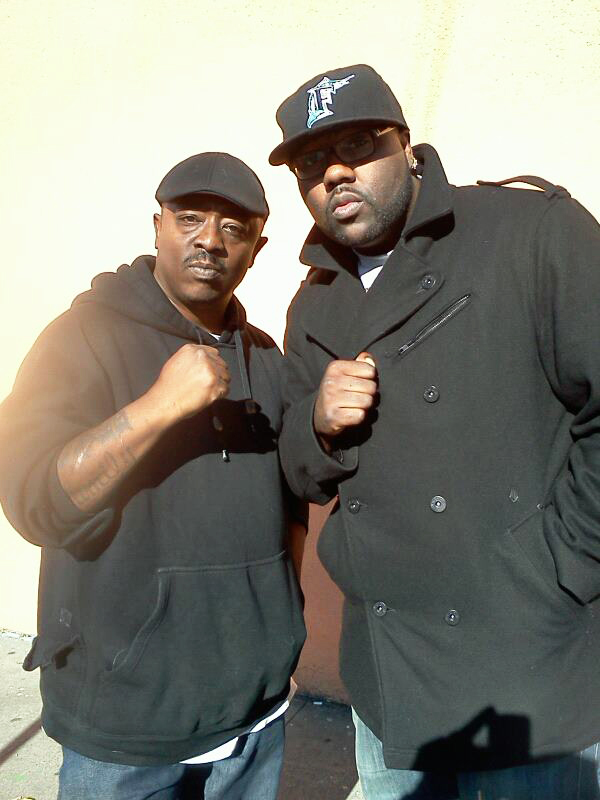 “We are blinded by media and others’ perception about Oakland. My thing is to produce positive events which bring a positive atmosphere, so I am here protect and teach. My childhood was rarely positive and kids don’t deserve that.”

As he talked about the program and what changes need to be made in Oakland, word circulated that there was a murder directly around the corner. Some of the children attempted to cure their curiosity walking around the corner to see who the victim was. “See, it’s sad that our children has this hood mentality about who got shot, who can I rob, what woman I can pimp. It’s absurd and we must step up as leaders to end these things.”

Once a month events are held to keep a fresh thought in children’s minds that there is someone who cares about them. As the interview concluded, a young man walking down the street attracted his attention. He asked the young man what size shoe he wore, the young man replied, “11,” and Mistah F.A.B. proudly produced some brand new Jordan tennis shoes, handed them to him and said, “Merry Christmas.”

After losing his mom last year, F.A.B. has taken a different approach to life, feeling guided to serve his purpose of giving back. And that was the inspiration for him to start these programs.

One thing is for sure: The North Oakland community and the children within are blessed to have heroes like Mistah F.A.B. His latest CD, “I Found My Back Pack 2,” was released Dec. 13 and is in Rasputin’s music store and also on iTunes.

Michael Sanders, an Oakland writer on the staff of the Laney Tower, can be reached at sanders.mike1974@gmail.com.